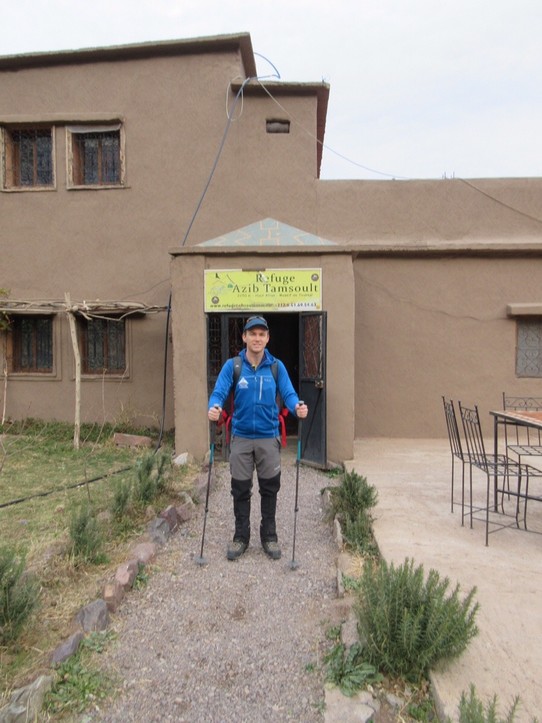 Day 3 - 5:30am we got a loud knock on the door, it was breakfast! We were trying to discuss with the Refuge guardian the night before about breakfast but we got nowhere, so that came to a bit of surprise to us. Breakfast we found out now consists of a lot of bread, Jam, chocolate spread and honey, it was quite nice at first but not very nutritious especially as we had 1270m of ascent (nearly the equivalent of climbing Ben Nevis from sea level). An early start was a blessing in the end as this next part of our journey took us roughly 9 hours and both carrying 2 heavy bags. It was safe to say that this was easily one of the hardest treks we both have ever done! Looking back at it we are very glad we took this route, we gained a high point of Tizi Aguelzim 3520m which is really going to help with altitude, but also only saw 2 people the whole day and the scenery was amazing! The first section of the trek was a steep walk with some scrambling sections up past a 300ft waterfall which was mostly iced up because it was so cold. The temperature had really dropped and we were even forecasted for snow later in the afternoon as low down as Imlil where we first arrived. Once out of the narrow gorge it opened up and a walk up an ancient moraine for roughly 300m of elevation brought us to a junction and another path that contoured the valley until we saw the crux of the whole day! The 78 zig zags or as Leanne called them the 'OMG zags' weaving there way up for what looked like miles, in hindsight they weren't that bad but Leanne disagreed. Getting to the top of the OMG zags was very rewarding and after a short walk we saw what we came to achieve 'Mt Toubkal' standing mighty but only a few hundred metres than we were standing, the excitement was settling and now just a 2hr walk to the refuge was in front of us. Nothing to exciting happened on this part of the journey except and very fatigued Leanne and the snow arriving, oh we saw 2 Bearded Vultures soaring high up in the sky, later we found out that they are rare and only roughly 5 in the whole area, so we felt this was actually quite a special moment and good sign for things to come. We were HOME and it felt wonderful, they even made us spaghetti and chips which went down a treat! 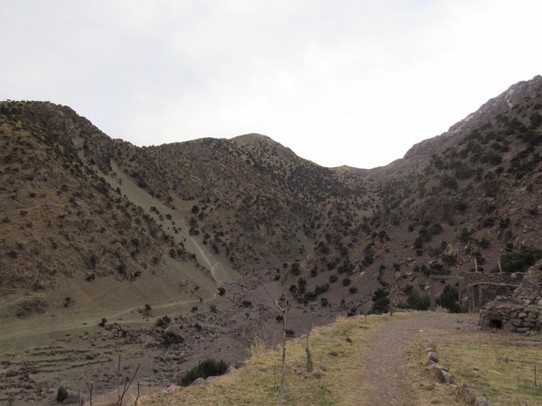 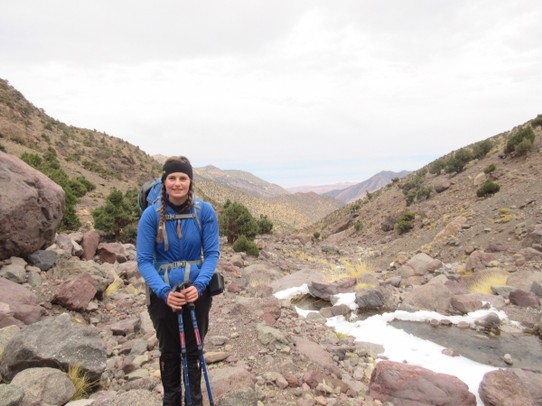 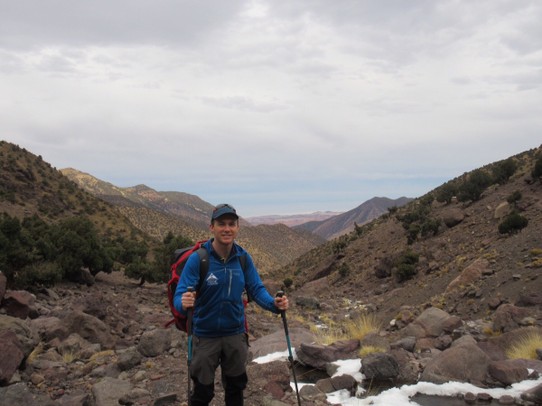 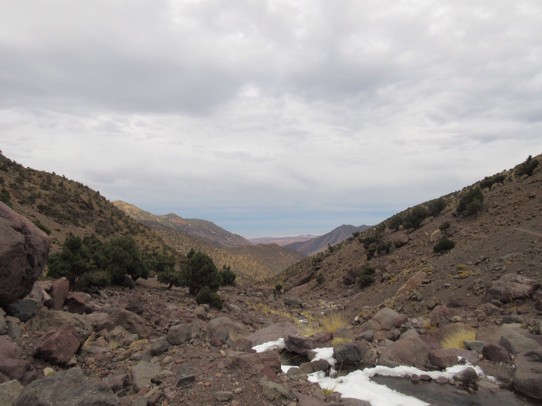 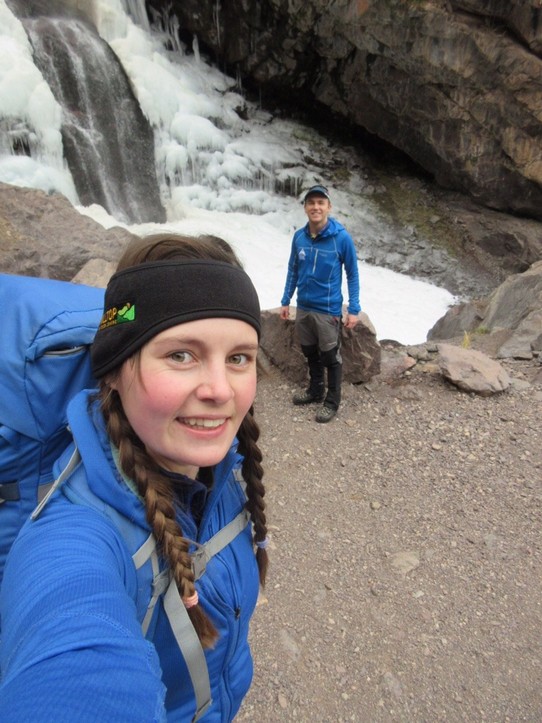 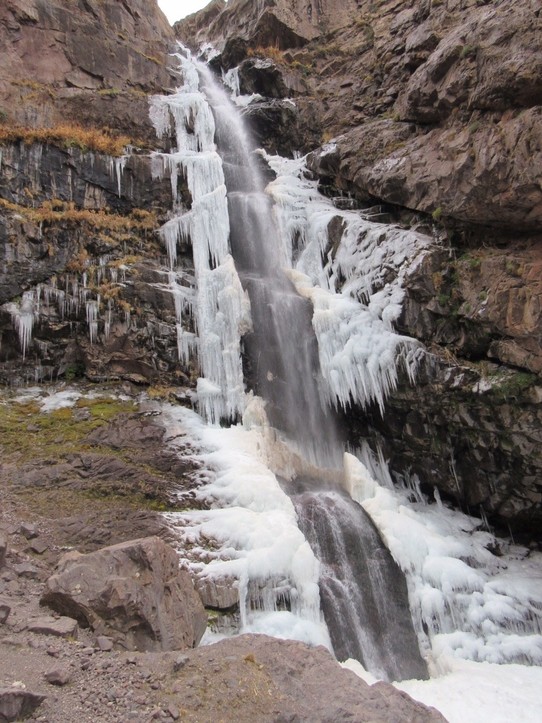 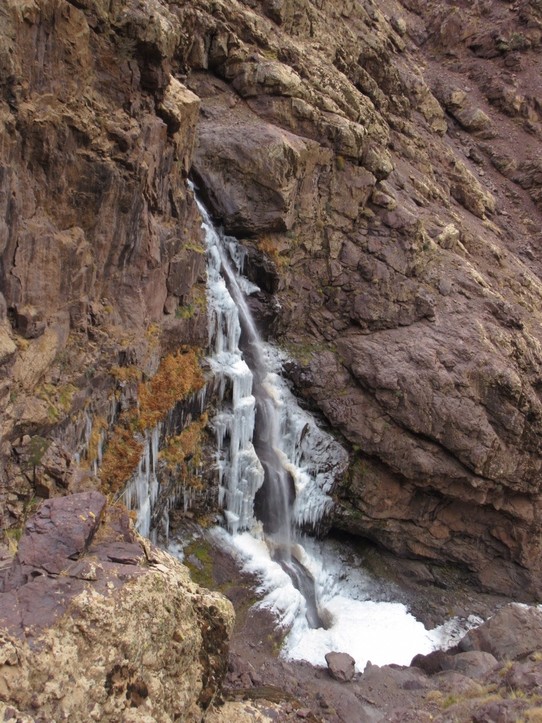 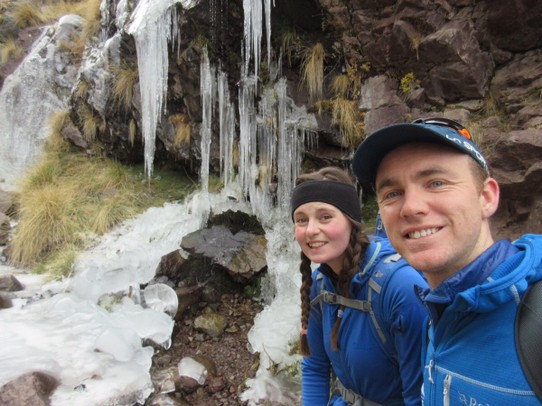 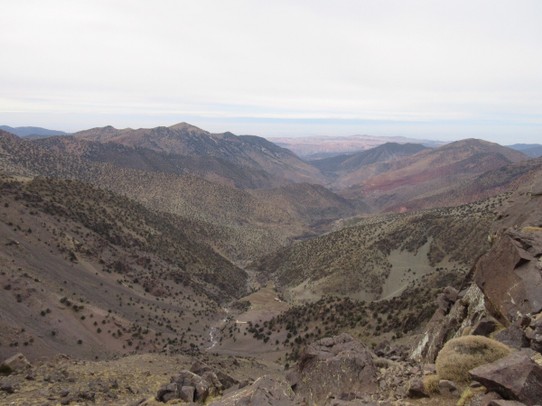 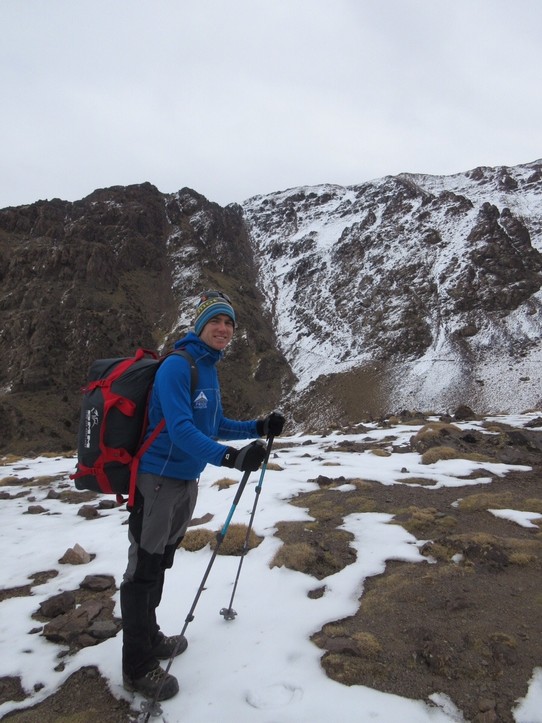 The OMG Zags! You can't quite see them on here but you get the idea 😩 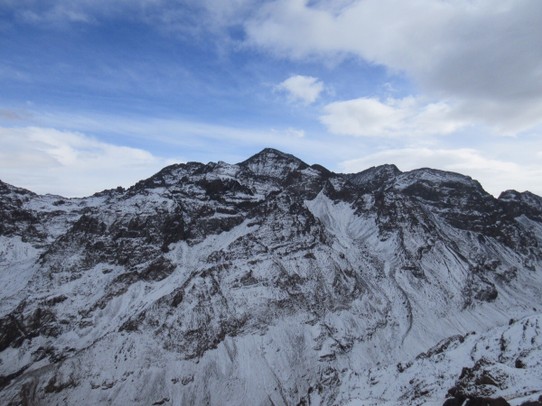