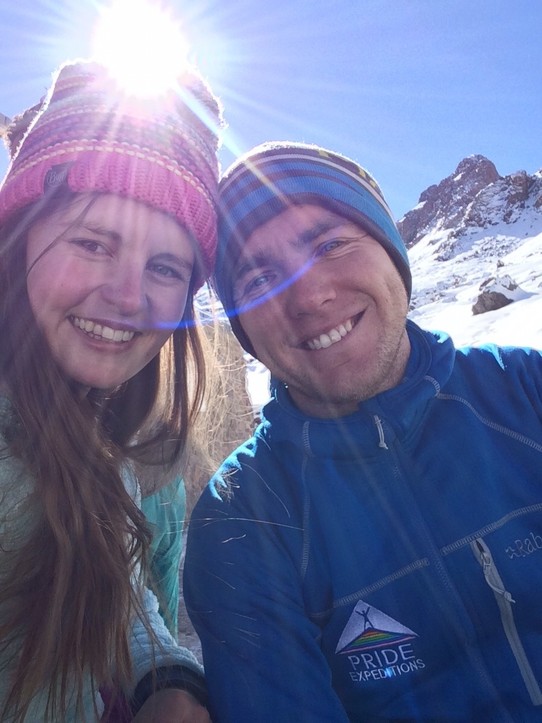 She came and met me and helped me back to the refuge. I am knackered!
Day 6 - After yesterday's success I was eager for more, Leanne was feeling it after the Toubkal ascent so she stayed at the refuge and had a rest day ready for another big ascent on Friday. I decided to do something a little more challenging with an attempt of Ouanoukrim which has 2 summits, Ras 4083m and Timesguida 4088m. I was attempting this via the North West Ridge which goes about PD, I set off a few minutes behind 1 team which was nice for around 15 mins as they were breaking trail for me, returning the favour for what I was doing to them yesterday. It didn't last long though as they allowed me through, I decided to move fast which later I regretted as it took up a lot of my energy. After about 45 mins i veered off left and into Irhzer Bou Imrhaz, a pretty big Cwm with massive faces towering on either side. This section took a lot of effort, knee to waist deep snow in places going up steeply to Tizi n-Bou Imrhaz 3875m. When arriving at the Tizi I was pooped, easily some of the most tiring mountaineering I have done, and pretty high up and I could really start to feel the altitude. After my well needed break I set off for the Ridge and all of sudden I was struck with a 30m rock face in front of me and the guide book said easy scramble! I was a bit confused so walked around for a while trying to find a way through and I find this gully which looked ok, easily within my limits but I wasn't sure was laid ahead after this and there was this one section that if you had to down climb would of been pretty difficult and a slip here would not of been good. I really wanted to this but I was extremely tired and something didn't feel right so I decided to abort and head back to refuge the same way I came up, which again was bloody tough and prob would of been had I carried on. Leanne saw me coming back and decided to walk and meet me. I was shattered and once back at the refuge ate some hobnobs and pringles and chilled in the midday sun which was the warmest it's been since arriving at Toubkal. I have unfinished business with Ouanoukrim and in the morning I set out to complete it via the original route and Leanne is joining to. If successful we would have climbed the 3 biggest peaks in the Toubkal region and will be a great way to finish our first week here in Morocco. We both haven't properly washed since leaving the UK so are looking forward to get to Marrakech on Saturday for a well earned shower. 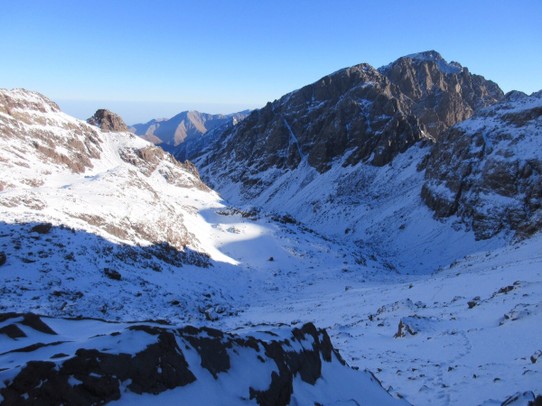 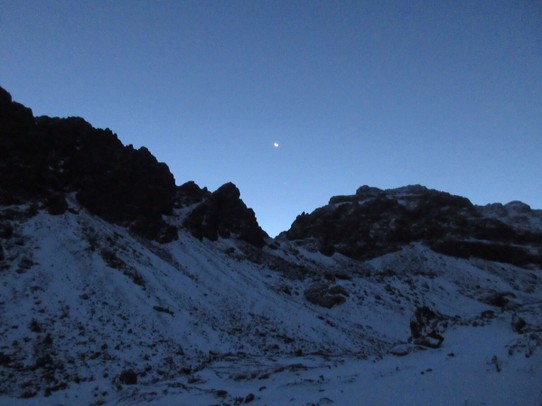 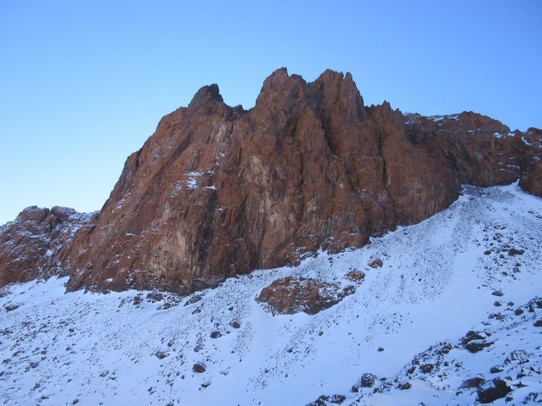 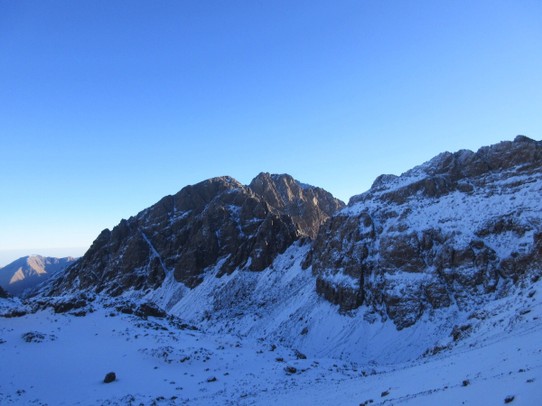 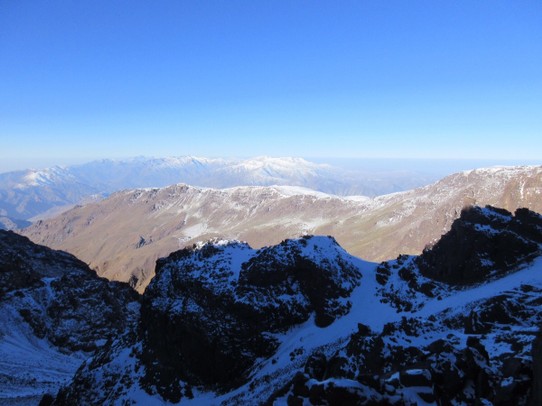 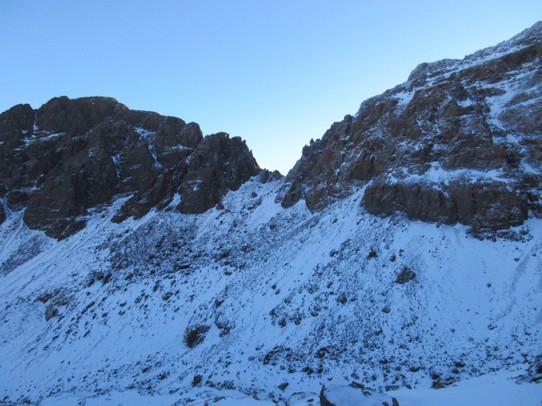 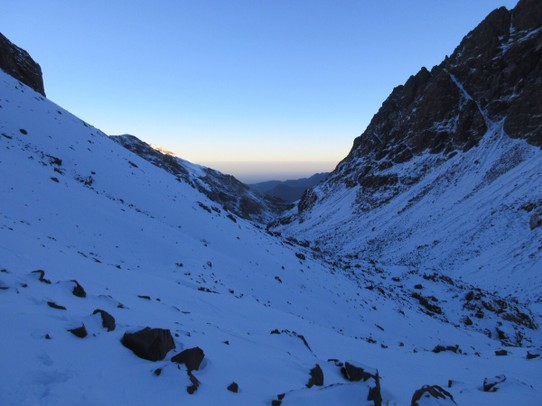 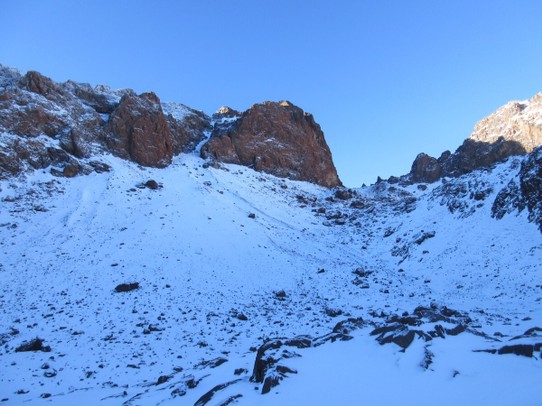 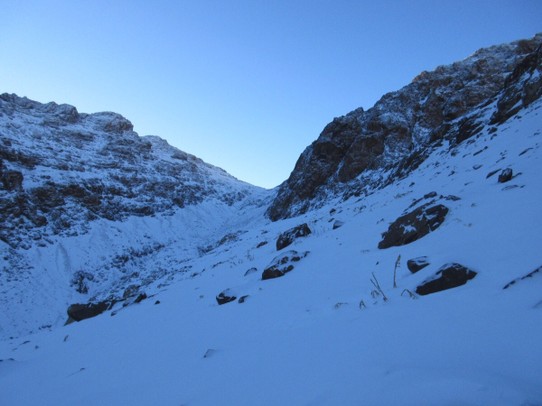