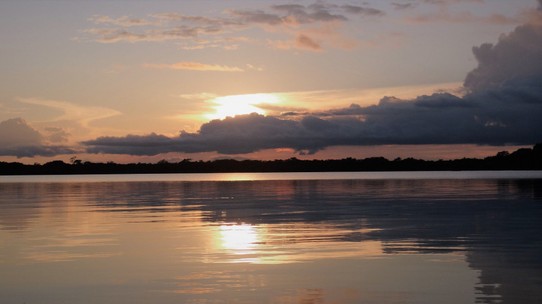 Sunset on the lagoon
We had booked a trip to Cuyabano Reserve once we got to Ecuador, and chose Caiman Lodge as it was second best on Trip Advisor, and was the same price as places that the travel agents were pushing at us.

We stayed at a crappy hotel near the airport after flying from Cuenca, and in the morning caught a taxi, just in time, to catch the public bus to Lago Agrio, a petrol/oil town where all the tours start. We could have caught an overnight private bus, but we're too old for night buses, besides we were told that the views during the day were spectacular, and they were.

To be honest, we wouldn't have made the 10.15am bus, if not for the taxi driver (who seems to do all the work for the hotel) as he took us all the way through the massive bus terminal to the counter we needed with slightly less than 10 mins to go... and that was before the check wees required before long trips, and finding the bus (which was of course parked at stand 33, the furthest possible stand).

Anyway, the bus was nice. We even got English movies dubbed into Spanish for the trip. They were crap movies... 2 shooty movies, a rom com and "A dog's life" the sad movie about the Japanese dog that waited for its master each night to get home from work, long after the master had died. Had to pretend to look out the window to dry the tears. Preferred the shooty movies!

Anyway, the views were pretty spectacular, and we (and our bags) arrived safe and sound. I don't think we even got ripped off by the taxi top the hotel in Lago Agrio, which is nice.

The hotel was a bit nasty, but we had a good chicken dinner at a random place up the road, we even brought in another three tourists. We really should get commission.

Next morning it was off to the random meeting point which collected people from a few related lodges and took us two hours out from Lago Agrio, to "the bridge" where we would catch a motorised canoe for another 2-3 hours, spotting all sorts of animals and birds along the way.

Our group turned out to be, a French/Swiss couple who were nice and chatty, well, she was as she could speak English. A Ecuadorian/ Spanish couple, (the Ecuadorian spoke good English, he didn't speak any English and was a massive dick - always having to be at the front and involved), then we had four young Belgians who kept pretty much to themselves and spoke Flemish, especially when they were clearly bitching about everyone else in the group. Anyway they say that it is the group that makes the trip... perhaps and the weather.

We didn't have the best weather, it would rain on and off everyday, but it didn't actually stop us from doing anything. We just did it in the rain with the wellies and the rain ponchos they gave us on!

We went for 4 days and three nights. It was a busy few days. We were either going in the canoe to go look for birds and animals (mainly monkeys) or going for walks to look for animals and plants.

Our guide, David, was one of those people who had clearly not grown up with things that can kill you, as he was quite happy to pick everything up... to the point where he even got a snake down from a tree to take through the boat.

We did get to see (I think) 8 out of the 10 monkey species in the area, a lot of birds, a couple of sloths, a couple of anaconda (one of which was curled in a log but from the bit we could see, which was about 30cm round, the guide reckoned it was a 5-6m snake), and a poisonous snake that the guide bothered.

Our night walk for creepy crawlies was in the rain, so we didn't see much, except for the tarantula which was sitting on the shower block of the lodge next door. I did think that the last thing you would want when showering was to have a bunch of tourists exclaiming loudly and taking photos outside your window!

We also had the compulsory excursion to a local village to watch someone make cassava bread. Meh, but it's good to support the local economy (we had to pay additional excursion fees). We also went to see the village shaman, which felt a bit uncomfortable as he was all dressed up and essentially performed a bit of a show. We did get to try out a blow gun (darts), which we were both really bad at, and we got some face paint from the Shaman. The last group didn't get painted... it reminded me of the time in Tibet when we got a dab of black on our noses, thought we were special, and then found out that the monks only put the dab on children and mentally disabled adults...

We also went swimming in the lagoon, and we were assured that at this time of the year (wet season), piranhas eat fruit not flesh, and the caiman hang round the edges most of the time... anyway the swimming was nice, and Luke even got to try stand up paddle boarding, and had moderate success.

We got to see a lot, and we were never bored on the animal spotting trips, however some of the photos didn't turn out that well as we were shooting from a long way away, and against the overcast sky.

I had read a review where people commented on the bugs in the rooms, and on having a shower frog. We really wanted a shower frog. We saw one first day, but I think it moved out. Instead we got cockroaches. One even in the packet of tissues we were using in the loo. Very rude.

After catching the private bus back to town (we thought it might be quicker and more comfortable than the public bus, and were wrong), we arrived back in Quito for the last time, and to the really posh hotel that the Galapagos cruise company had booked us in to. It was really nice! Shame we got there at 10pm and had to leave at 7.20am the next morning. 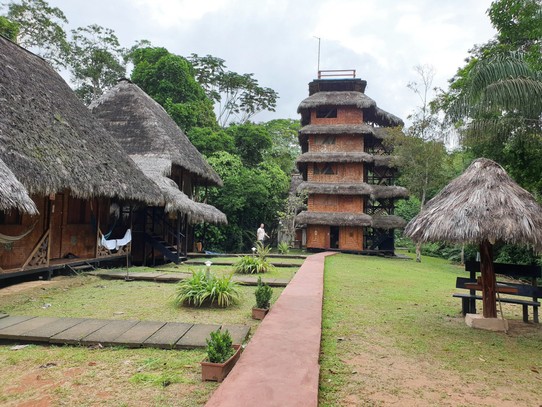 Luke SUPing on the lagoon 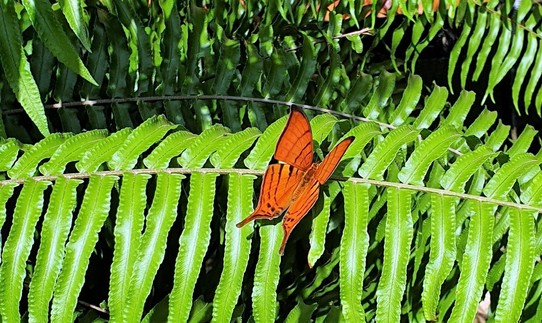 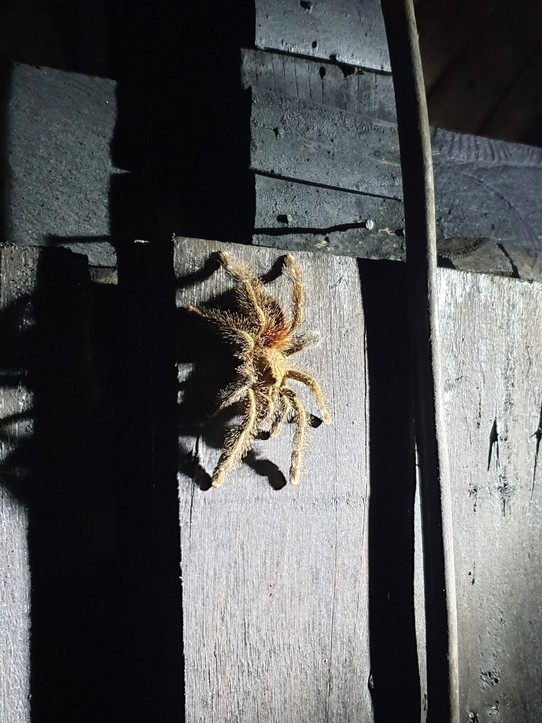 1
Tarantula (on the shower block) 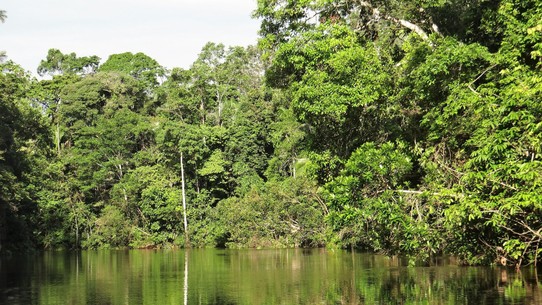 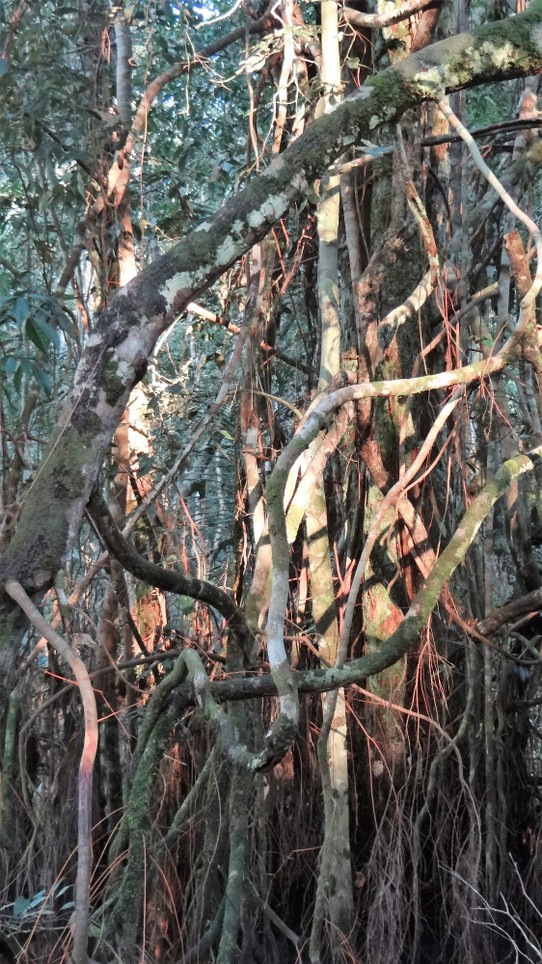 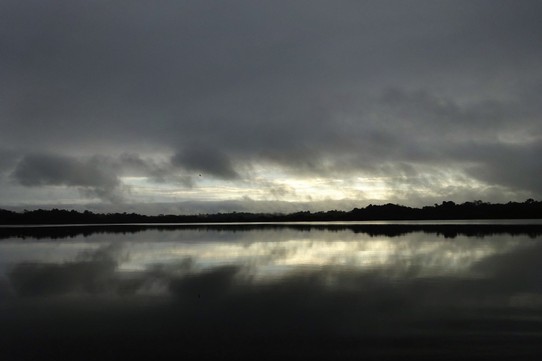 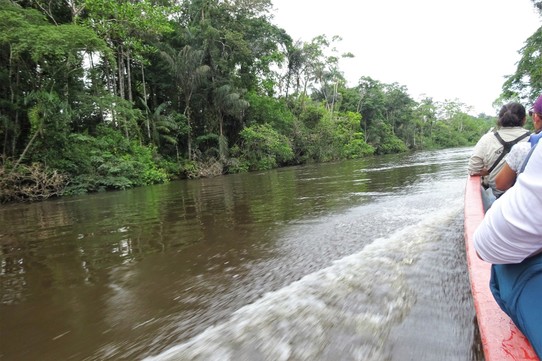 the trip to the lodge 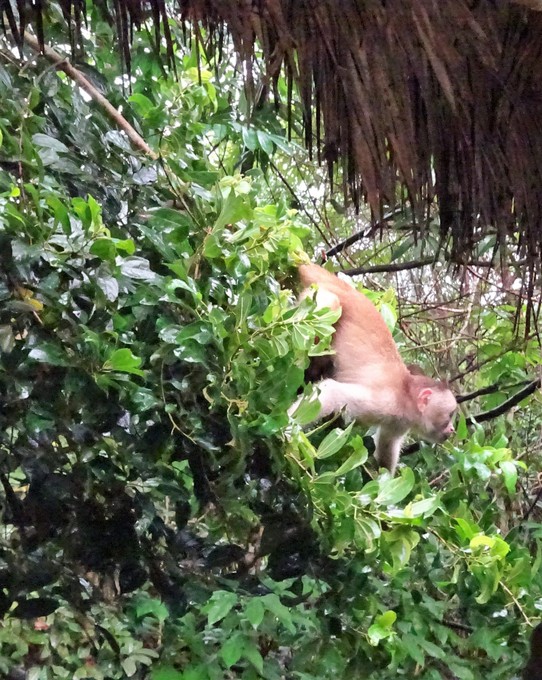 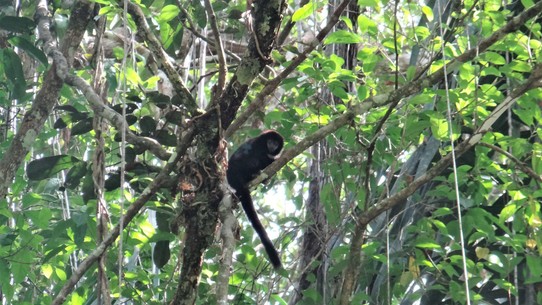 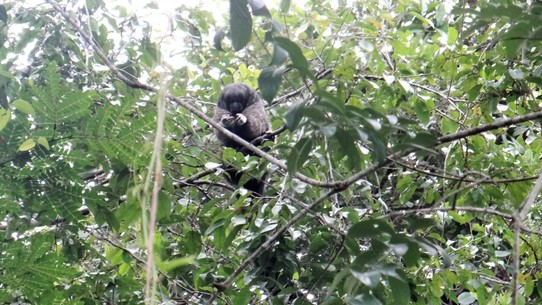 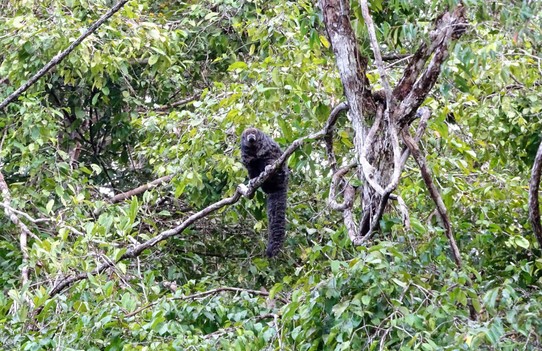 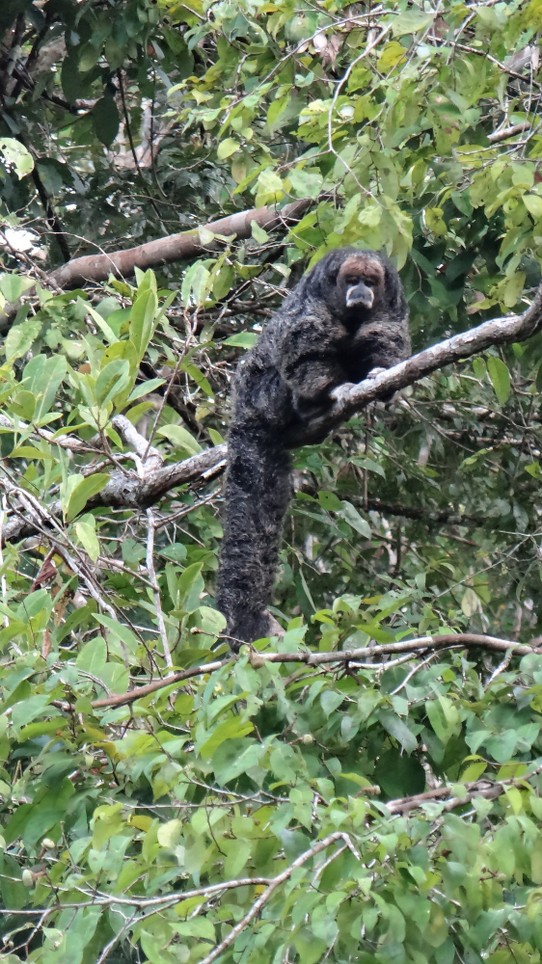 Quite possibly the same Woolly monkey 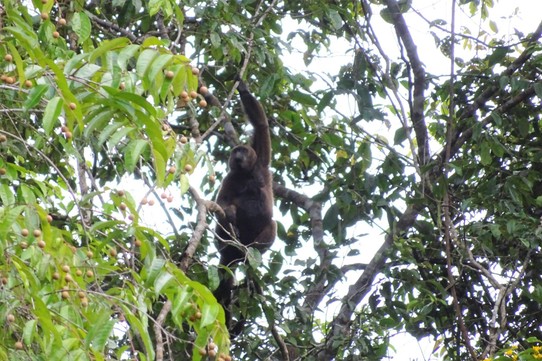 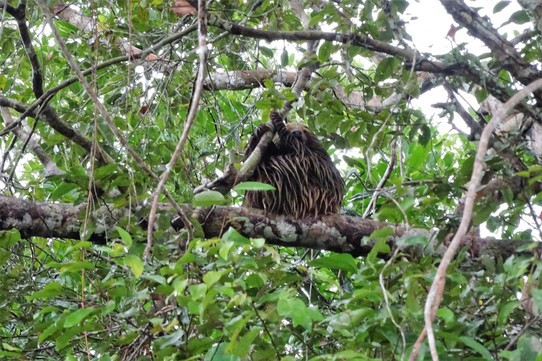 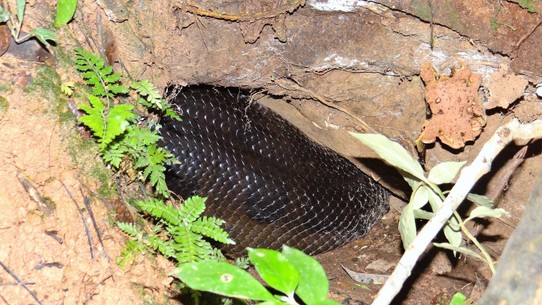 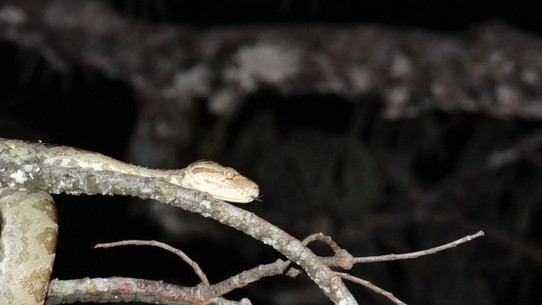 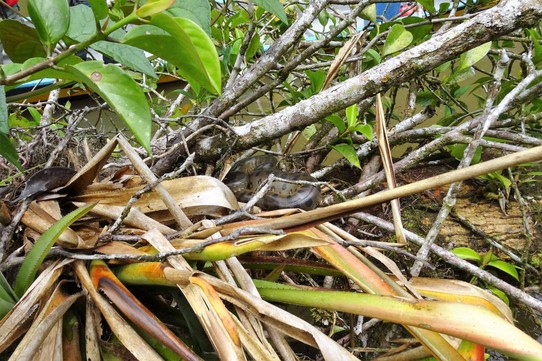 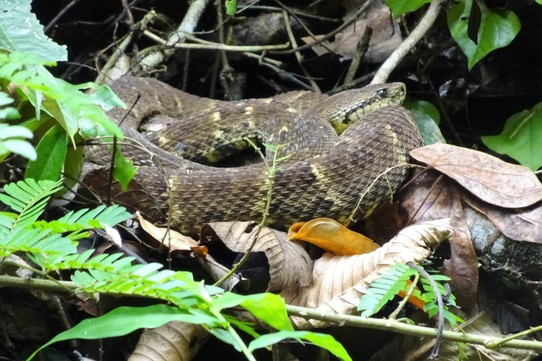