Close map
<
>
( Overview
/ Moroccan all over the world! 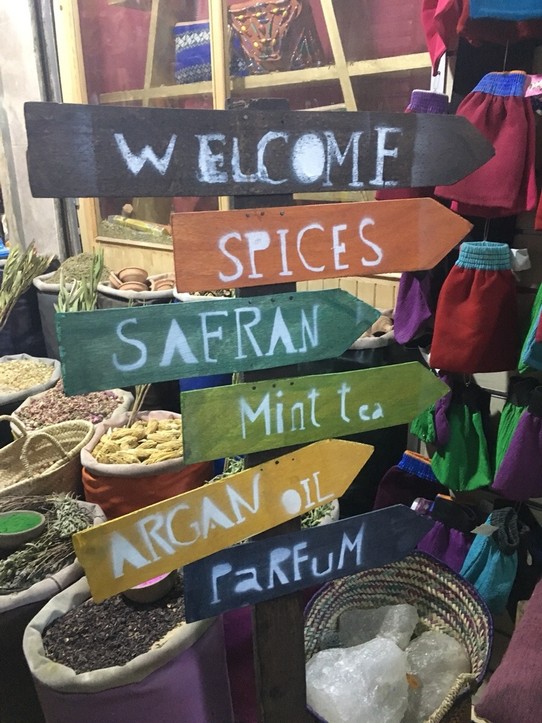 Today was souk day..... my excitement was brimming as today was another tick off the bucket list!!!Shopping for tat!!! After a breakfast of pastries again, we went to get ready to tackle the markets. Now with lots of accounts of elderly women spitting at under dressed young ladies, I went conservative with jeans an a long sleeved glowing top. Nothing on show!! 😳
We saw our Tui rep to Book some excursions for later in the week and armed with his directions and a little map we headed off into the outside world!! There were some serious looking gates to secure the hotel compound, after which we found the ‘craft centre’ more over priced than the souks

Our first attempt to cross a road can only be described as a disaster but it improved as the morning went on, and I am pleased to report we both still have all our limbs in tact.

We followed our instructions, walking passed the rows of horse drawn cartridges.... the way to travel in the old town as no cars are allowed. The square was just getting going, with the famous orange sellers, snake charmers and Henna artists setting out their pitches. There was no order to the souks from what we could tell, so we picked an alley and walked in!! It wasn’t crazy busy as it was still early but still people asking us to ‘just look’ ‘no pressure’ was hilarious!! Our first entrapment was in a wood sellers cavern, with boxes piled atop boxes and stacked to the ceiling. It was incredible.... as we were first customers he gave us a ‘good deal’ which was £60 for a tray and small box, we got him down to £20 in the end but it was hard work!!! The lantern sellers were the most beautiful stands, so I had to buy one, very small lamp for the fire place ‘hand made’ of course but again we managed to barter the price down.... I’m an old hat at this now!!! We met a ‘guy’ who was explains to us about the area where they dyed fabric and took us there ‘for no money’ it was amazing to see but the pashmina seller at the end of it again made me laugh... ‘here we go’ again we employed the haggle and walk away strategy and low and behold he chased us down for the price we’d asked! The ‘guide’ the. Took us to his fathers shop ( surprise!!) which was a pharmacy. After many discussions and ‘trying’ the equiv of vicks, smelling umpteen fragrance bars I found on the shelf a psoriasis treatment..... anything is worth a go??? Right??? It smells horrific but will try once I’m home incase it makes it a whole lots worse!!! We got a free soap bar for our purchase and then continued on our way.....james found a tile maker ( of course) but we did not buy and tiles and a lock maker that had locks the size of my head!!!
We came across a sign to an alley saying ‘this way is better’ which made me giggle!! A guy popped his head out as the sign was his and so we went to have a look as he was a funny guy. He also has 3 incredible cute kittens which we could hold and cuddle!!! His prices were a lot more reasonable, a few ££ for a tub of spices and a pound for a small amount of Amber fragrance. Happy days. He wasn’t too pushy and let us decide at our own pace which helped. We cut back through a little square that we recognised and soon found our way back the the big square. We wandered around the proper tourist tat stalls trying to find a sew on badge but failed epically. We wanted some juice but it cost 40p and we only had the equivalent of £20 note so we will go back and sample that later in the week. As we left the square we went to look from afar at the snake charmers but one with a small snake approached us, put it around my neck and blessed me.... I refused to take a photo as didn’t want to give him any money and then he approached James who detests snakes.... I thought he was going to punch him as the man persisted.... we ran away!!! We walked back to the hotel for some lunch and a sit in the sun in the afternoon!! X 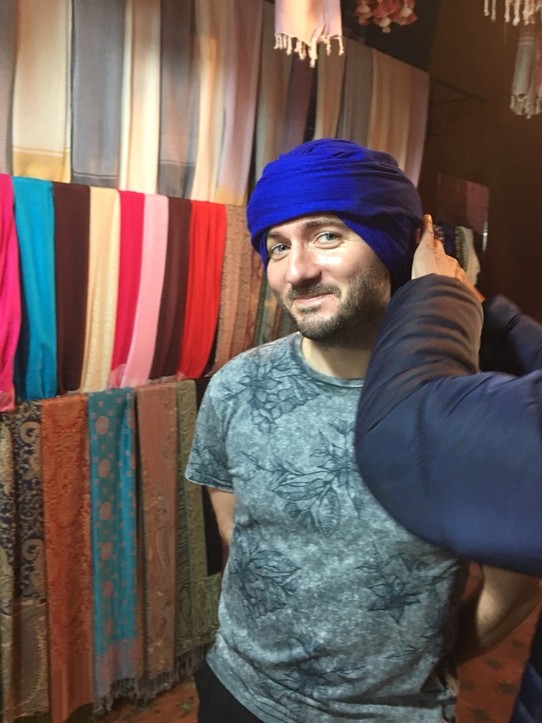 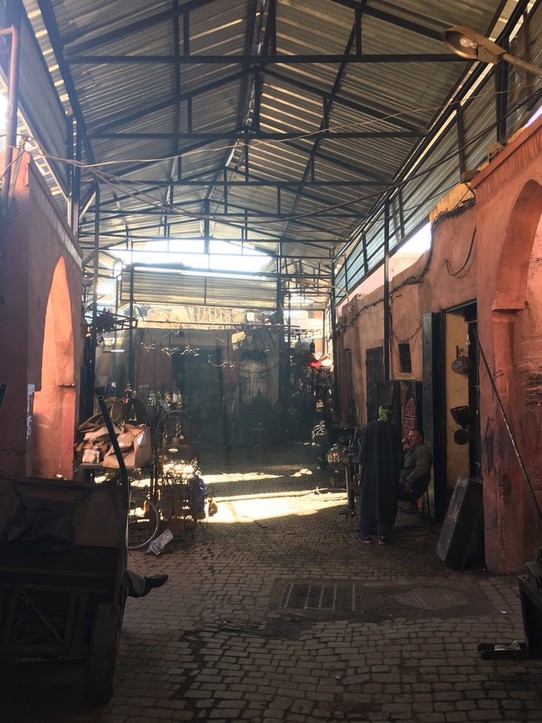 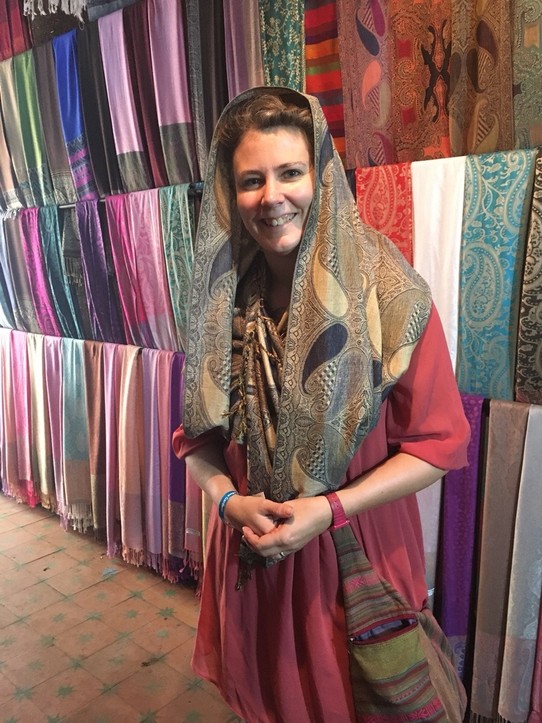 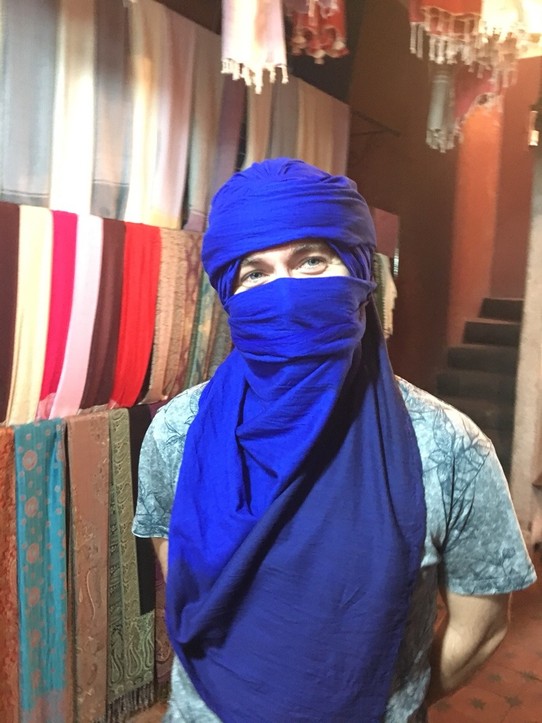 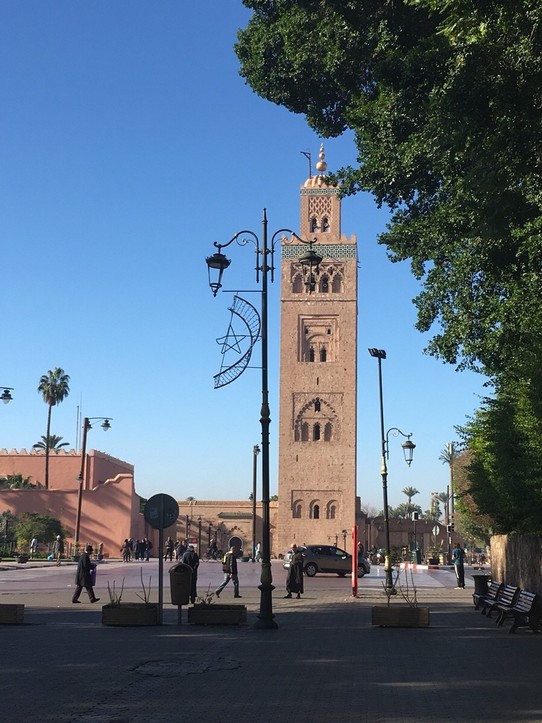 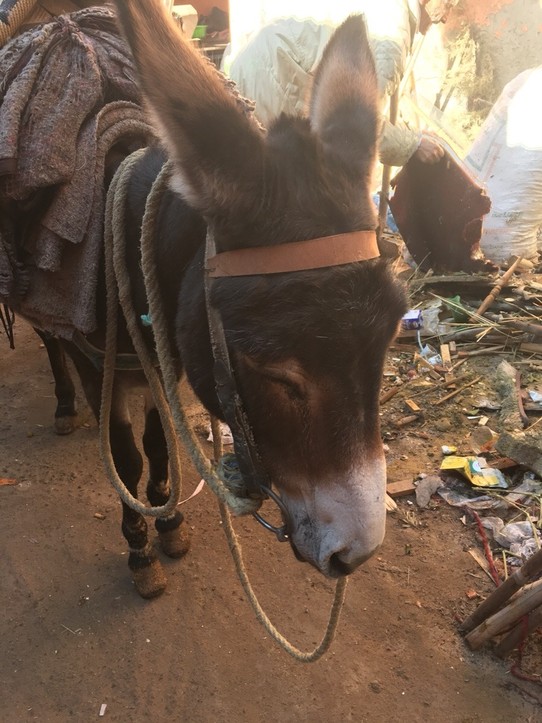 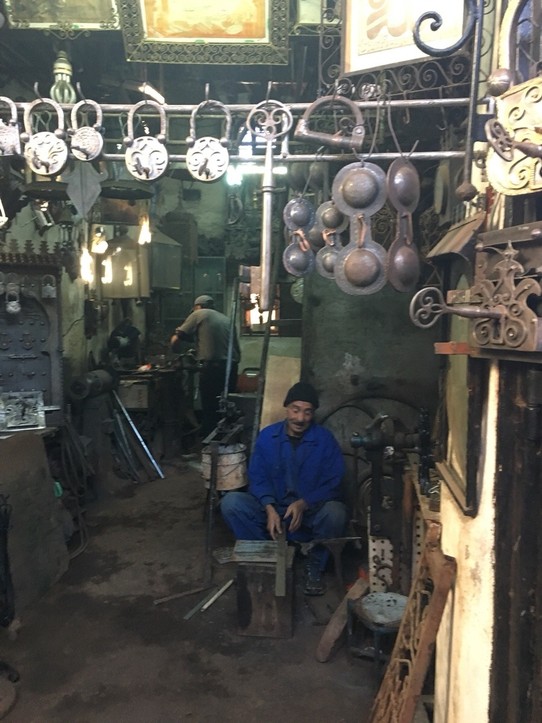 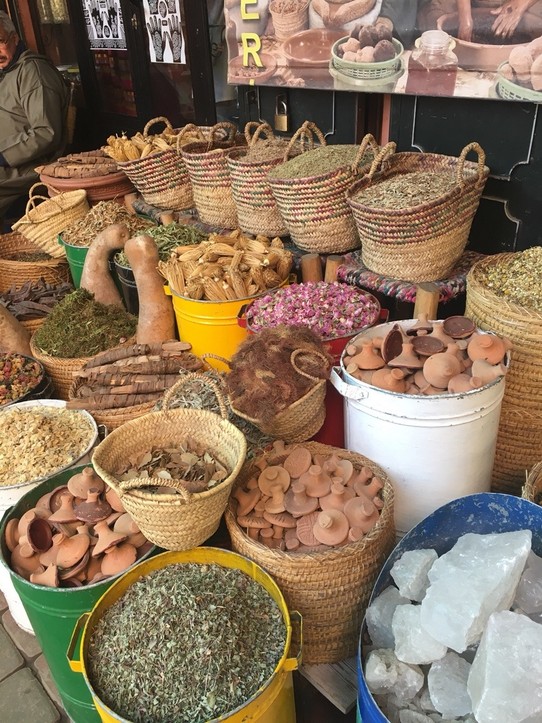 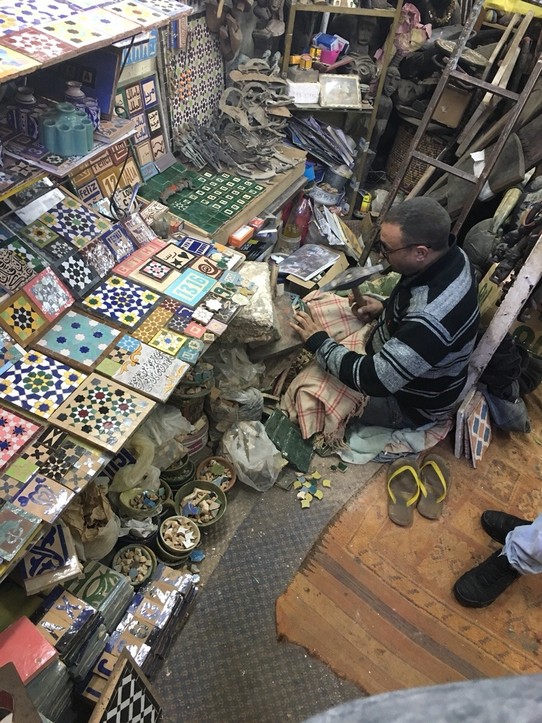 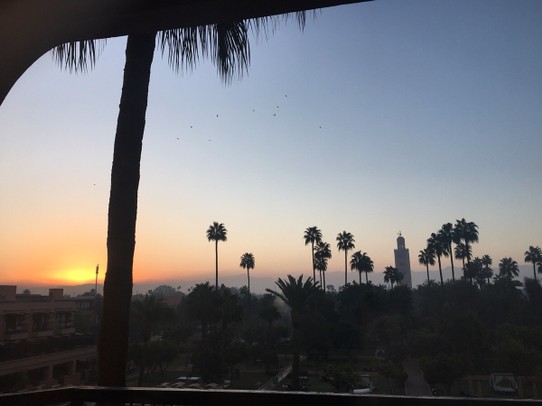 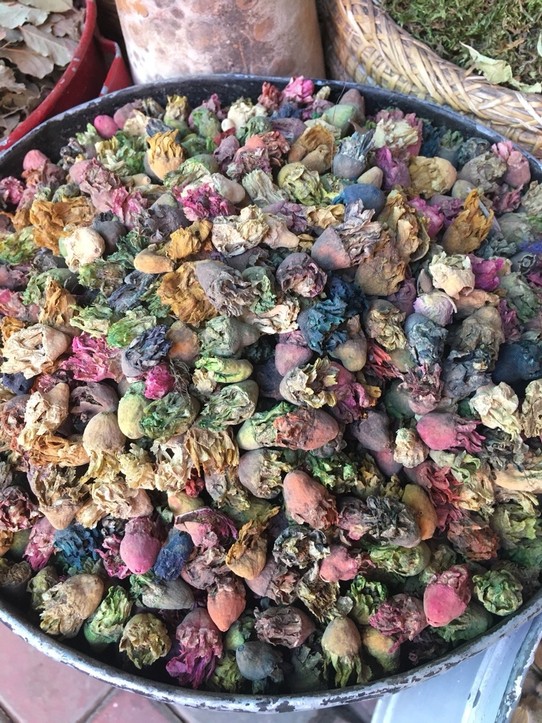 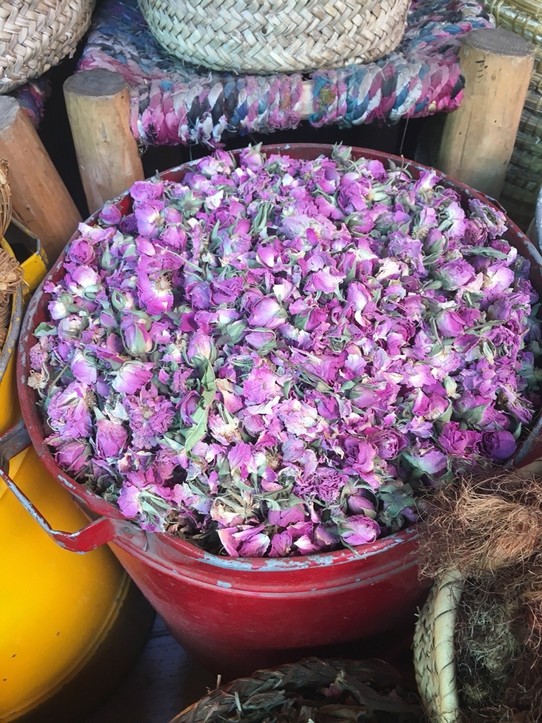 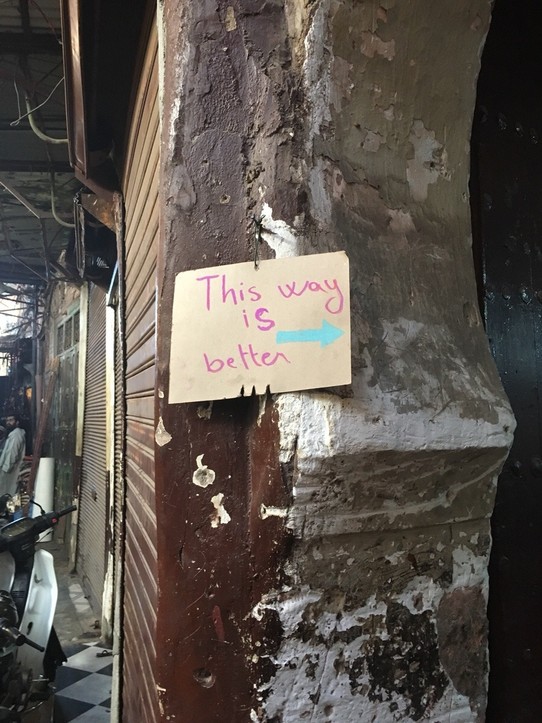 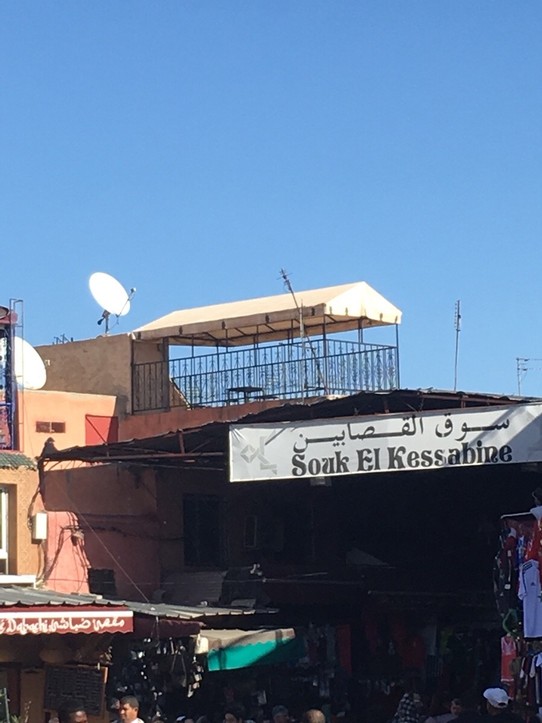 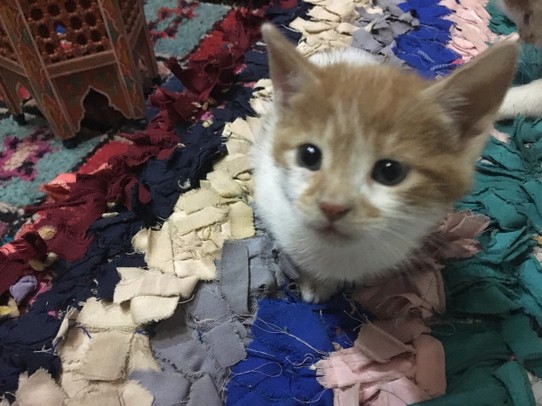 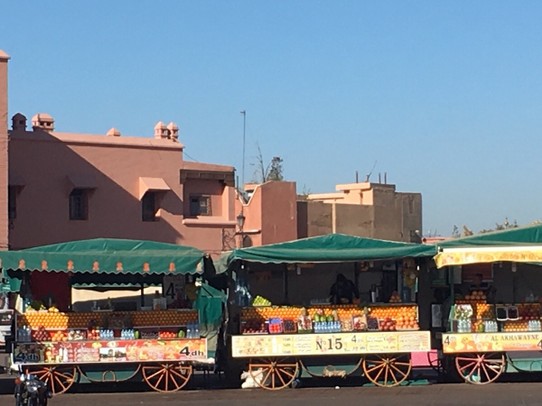 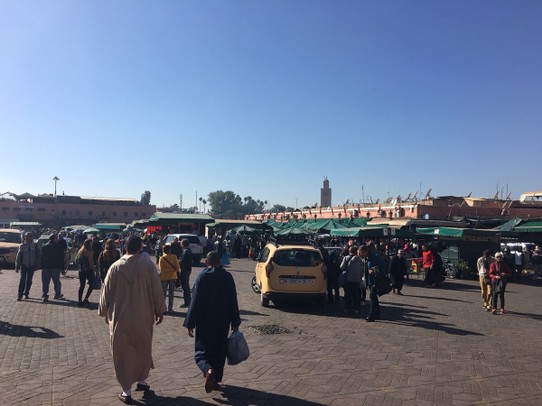 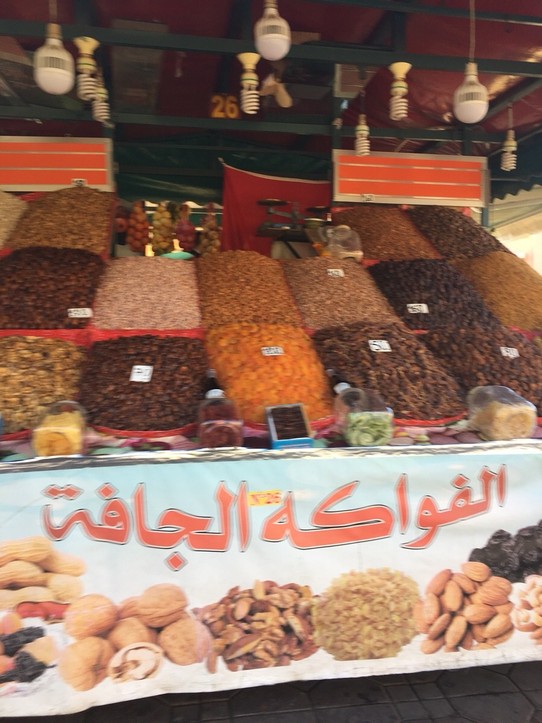 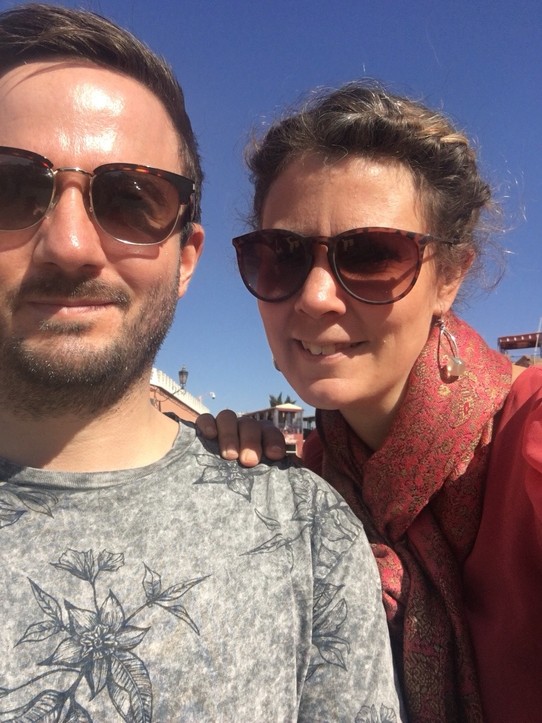 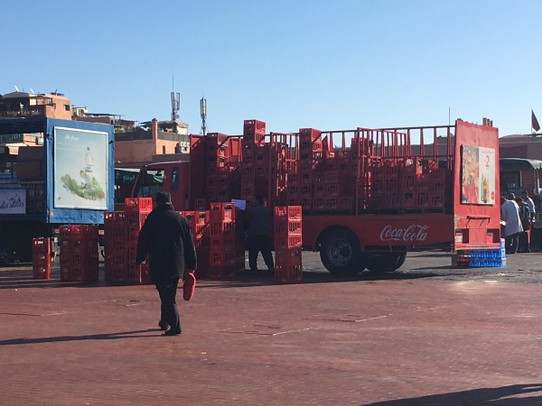 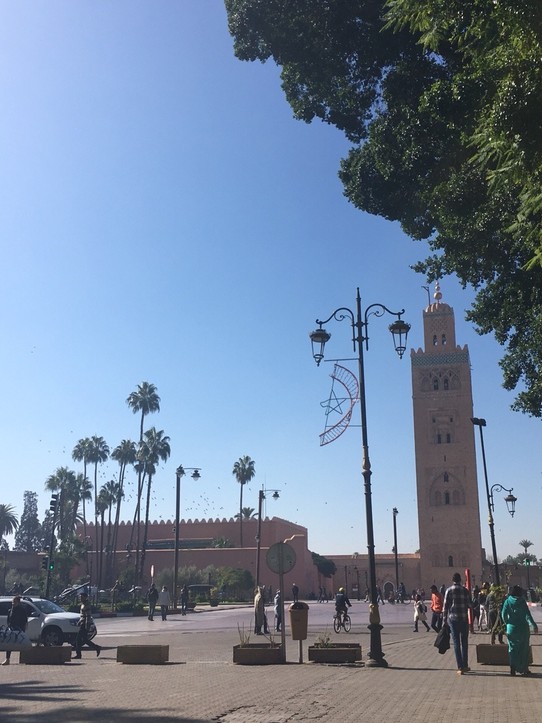 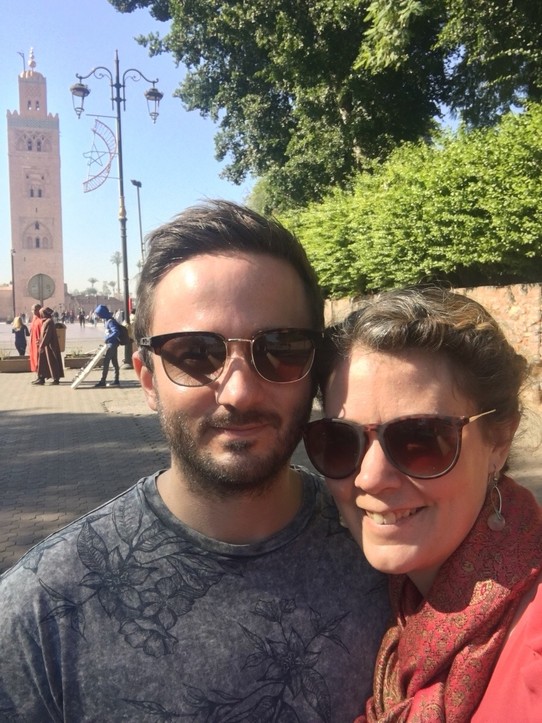 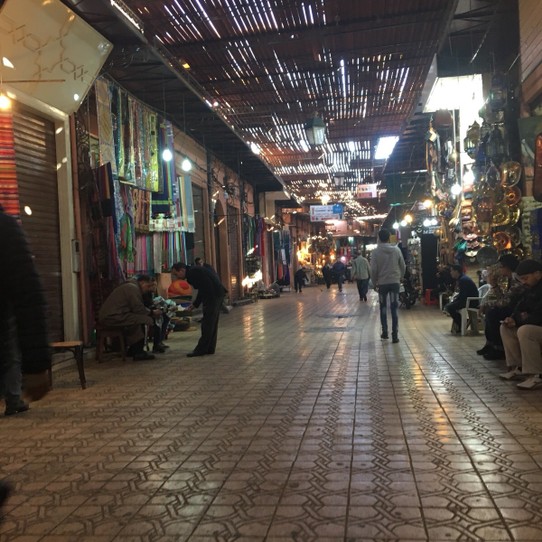 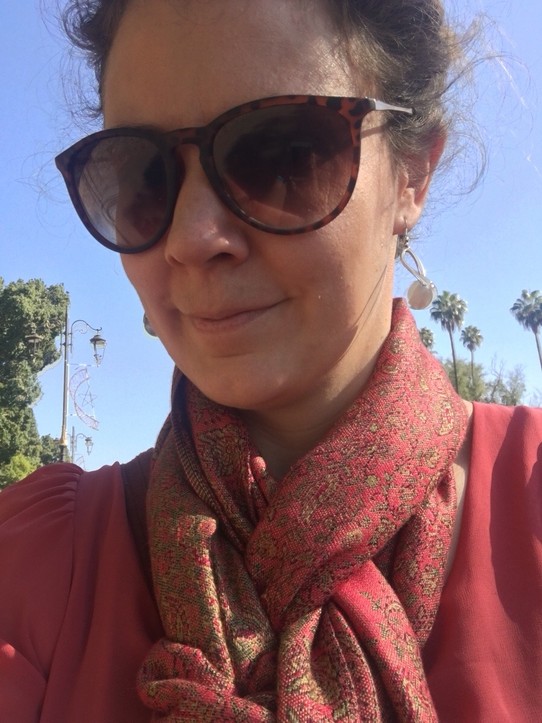 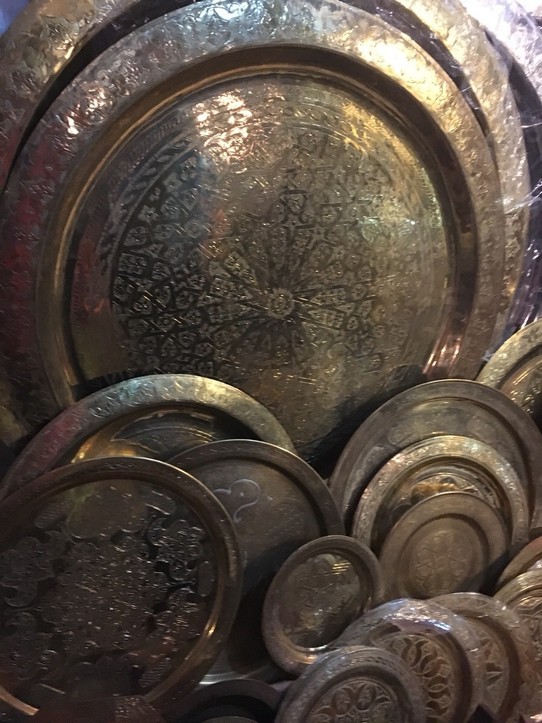 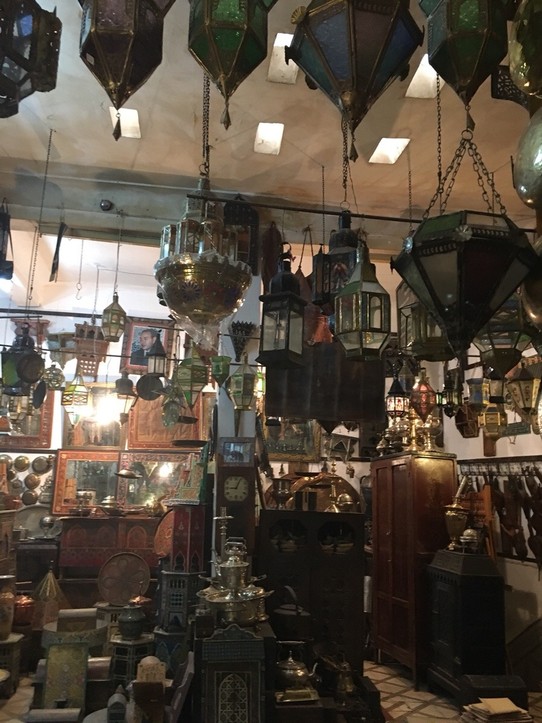 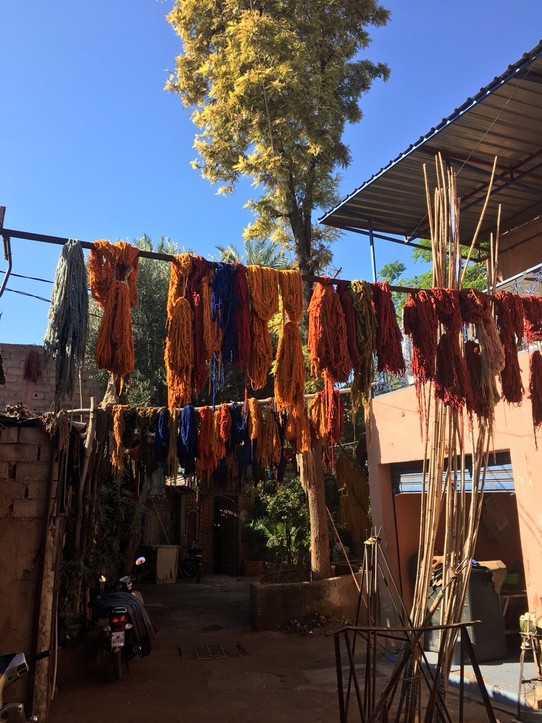 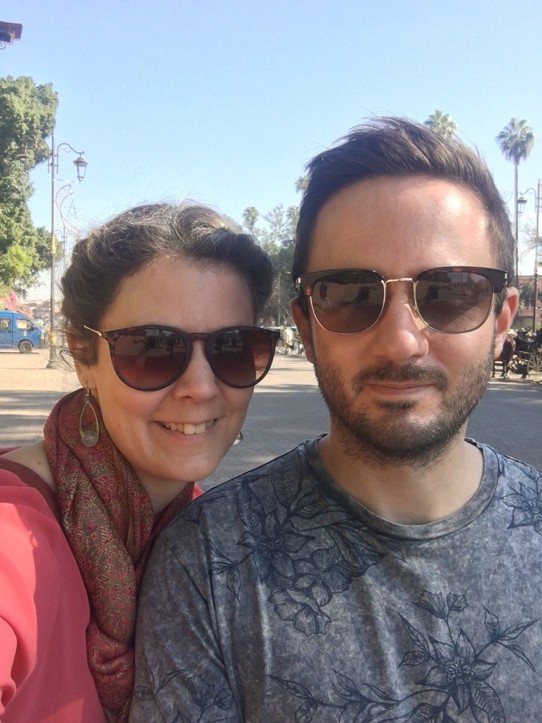 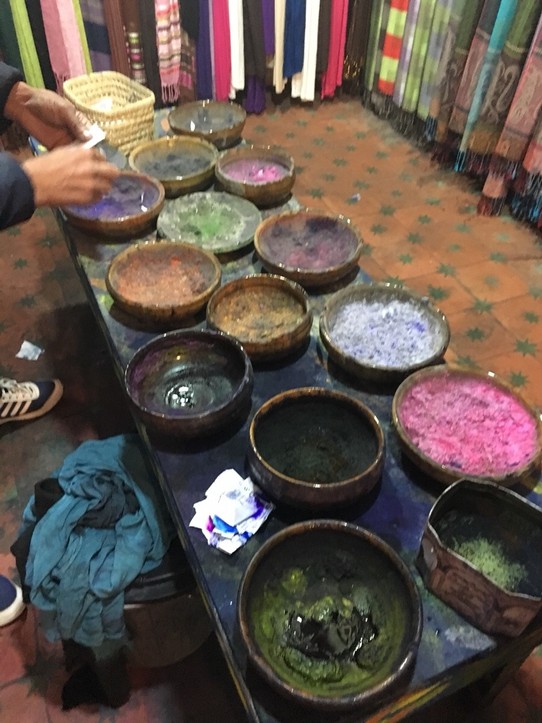