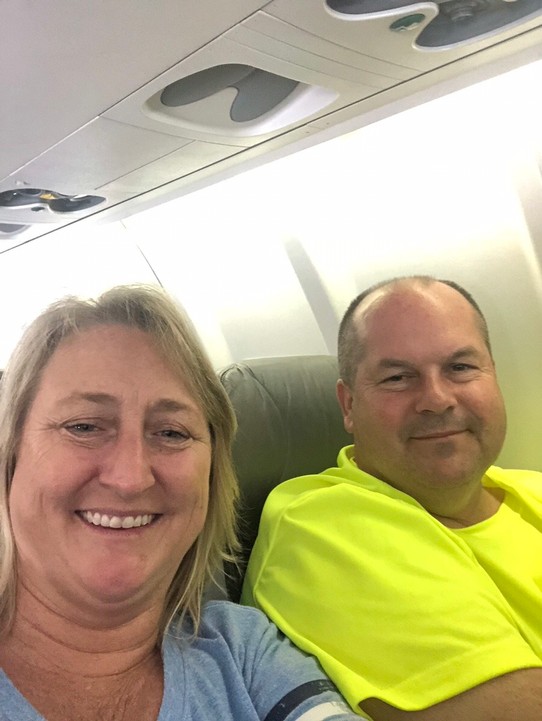 Sept 1, 2018: We left Kansas City on Air Canada at 4:35pm. Danny had to work. When he got off he had locked himself out of his house!!! I had a crazy day since my bank had flagged my card for fraud!!! After Danny was in and my account was fixed, it was smooth sailing. Lindsay drove us to the airport and we were off for our adventure!!!!!!

After a 2+ hour flight we landed in Toronto. We had a couple hours to kill but it went fast! We boarded around 8pm and settled in for our 5+ hour flight. We arrived in Iceland at 9am Sunday morning (Sept 2).

Sept 2: We made it through Iceland’s customs and out to find our ride. We had to hunt down the ‘Go Iceland’ driver. We found him fairly quickly and headed off to get our camper. We had no idea what to expect. The van was full so luckily Danny and I got to sit up front. At the rental place there seemed to be a ton of people. The workers were pretty efficient and we got our van in pretty good time. It was one of the bigger vans. We could actually stand in it!!! Over the trip that was a Godsend.

We loaded up our van got in and we were off.......but to where??!!!as much planning as we had started there were quite a few details not wrapped up. We needed supplies, it where do we go....... we ended up finding a shopping area (apparently as did every camper van) with a Kronas (grocery store) and a Bonus (discount store). After the initial shock of the prices, we left Kronas empty handed and waited for Bonus to open.... while waiting we bought a $17.00 pepperoni domino pizza (that helped us realize maybe the grocery store wasn’t so bad). We then went into Bonus and stocked up and returned to Kronas for the last few items.

Our first destination was Reykjavík. While heading there we saw a beautiful rainbow. What a blessing to help start our trip! We drove through the city and went by the HALLGRÍMSKIRKJA Church. We also drove by the cathedral. Next we headed to a small town called Hveragerdi. On our way we saw our first waterfall. I was amazed. It was beautiful and just on the side of the road....boy was I going to be even more amazed as the week went on....

We arrived in Hveragerdi. It is known for its geothermal pools. We found a hike where we could go walking past them. They are amazing, but also a bit smelly. The steam coming out and the water just gurgling and bubbling. Unfortunately we couldn’t jump in any! So we headed down the hill and found a park that was dedicated to poets and other artists. It was a park much like we have in the states. There was just a view of a beautiful waterfall as we walked the little trail. Finally our day was done. We were both exhausted from the travel and the day. We headed to our campsite, Hellisholar Campground. It was late when we arrived and it had been wet, so the lovely attendant at the reception recommended we park near the bathhouse. There were a lot of what looked like ‘permanent’ campers and only a few camper van types like us. This was awesome the next morning. We had the bath house to ourselves. It was very nice and clean. When we checked out we were able to see the grounds and the golf course. It was a very nice place and we would recommend it. 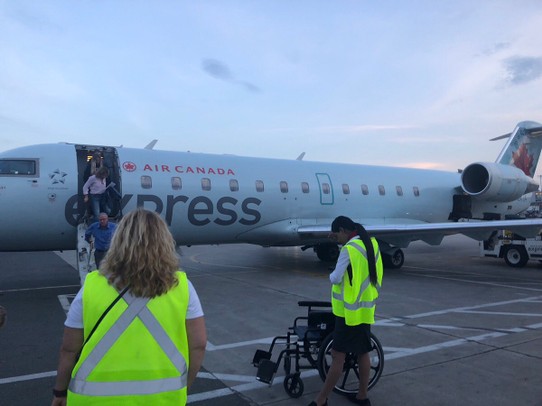 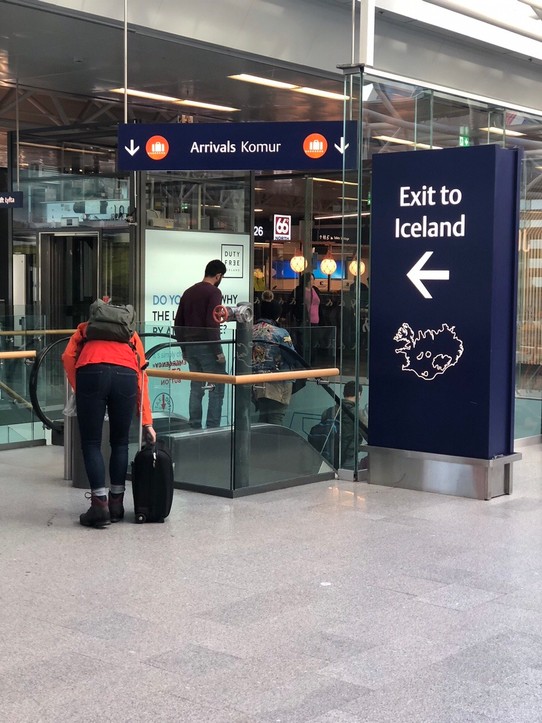 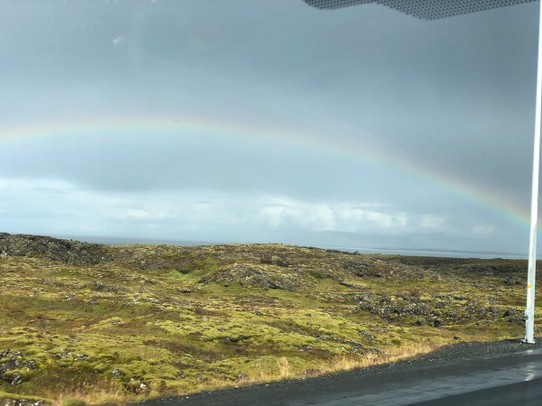 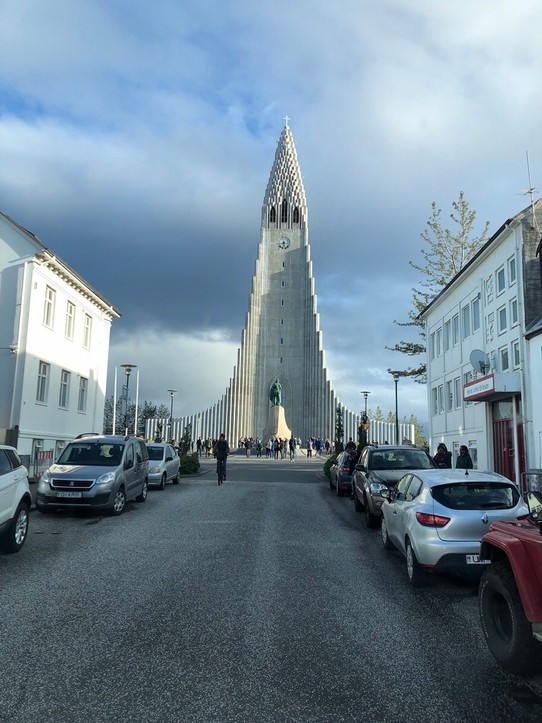 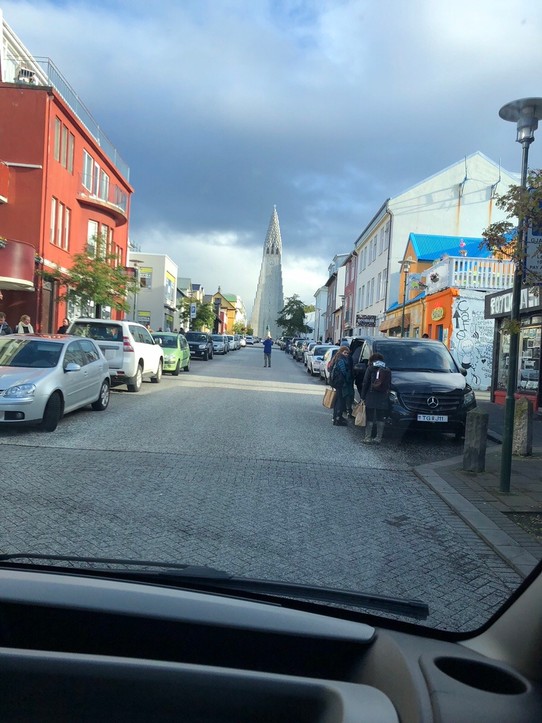 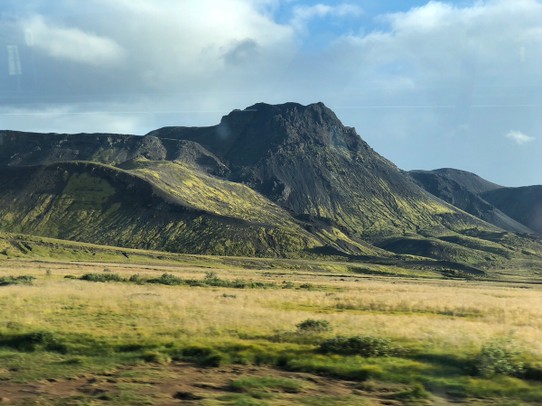 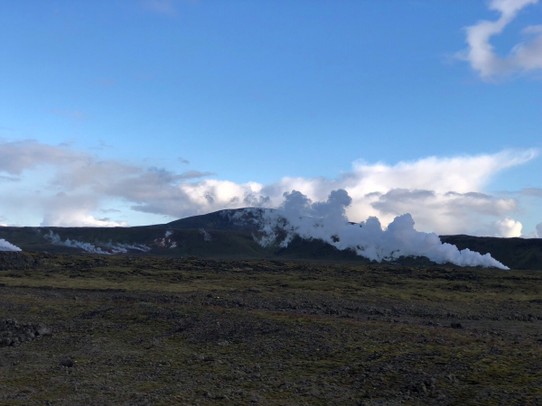 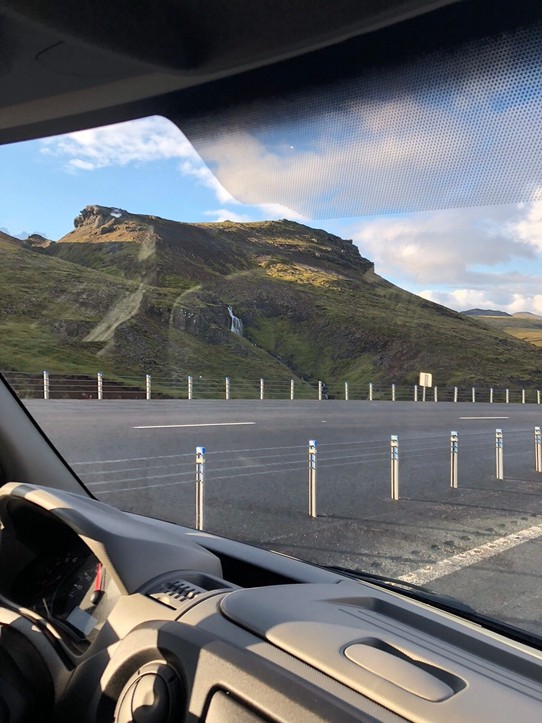 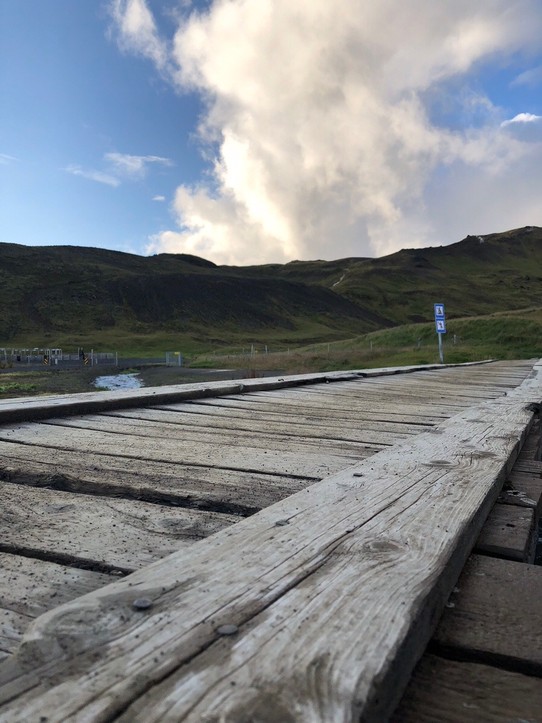 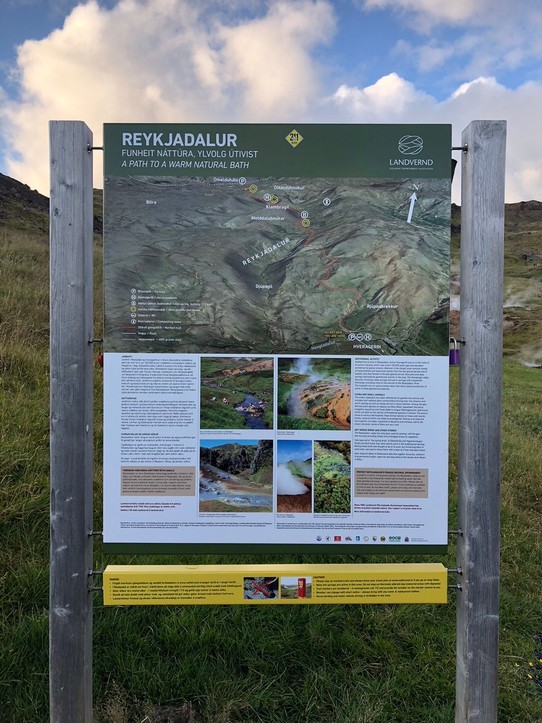 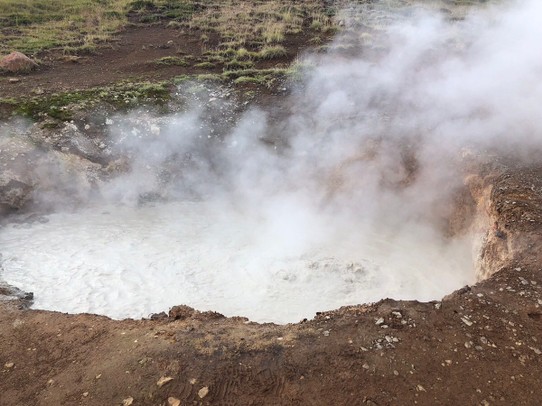 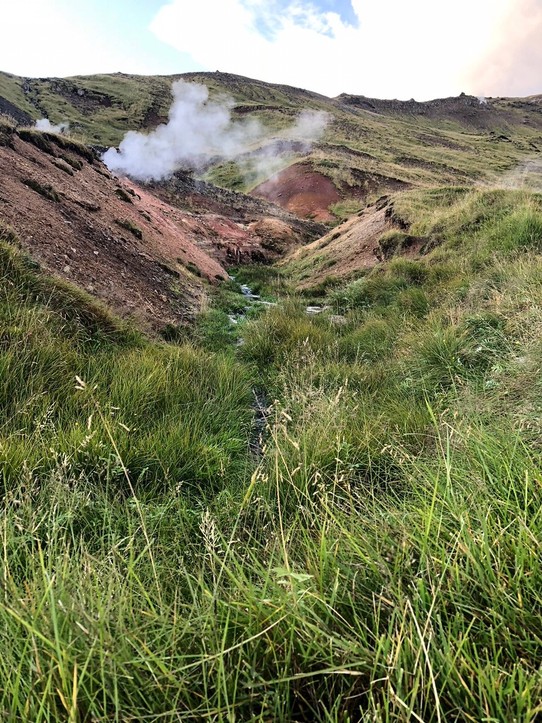 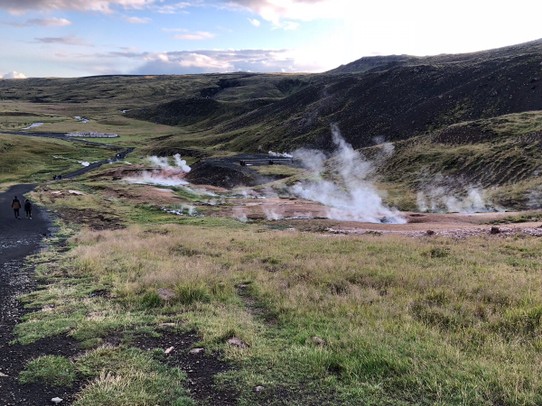 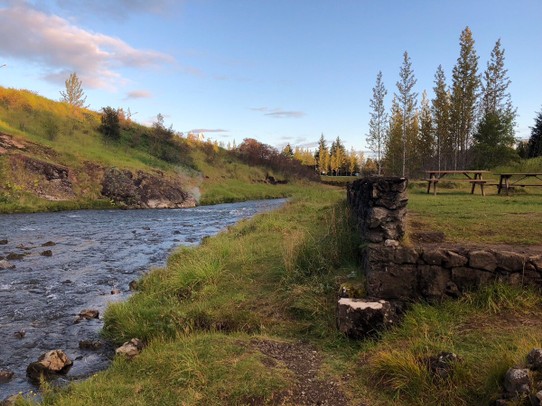 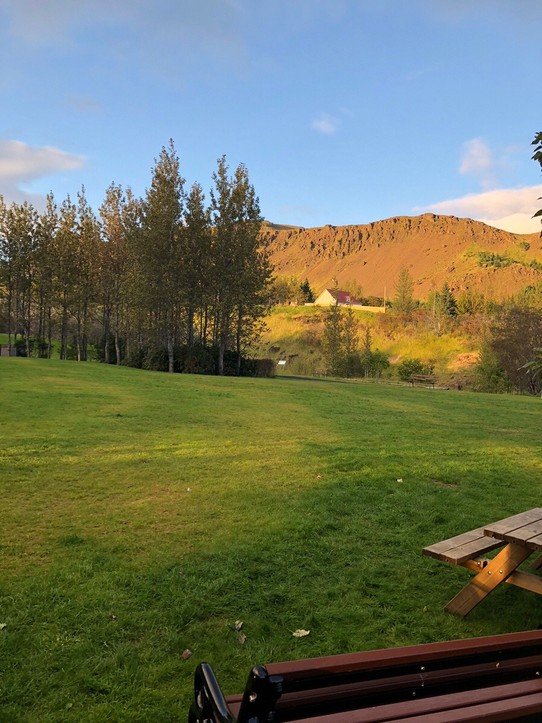 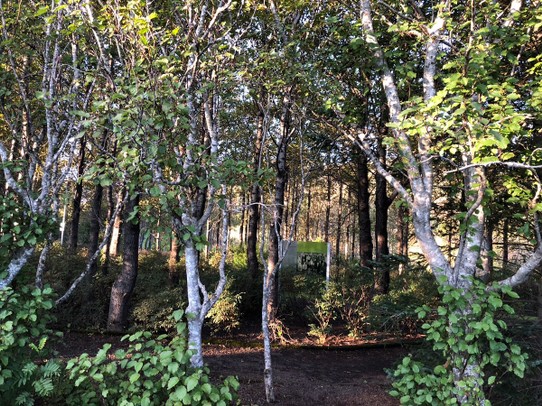 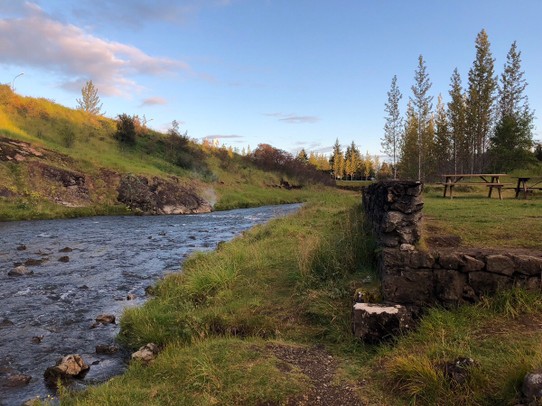 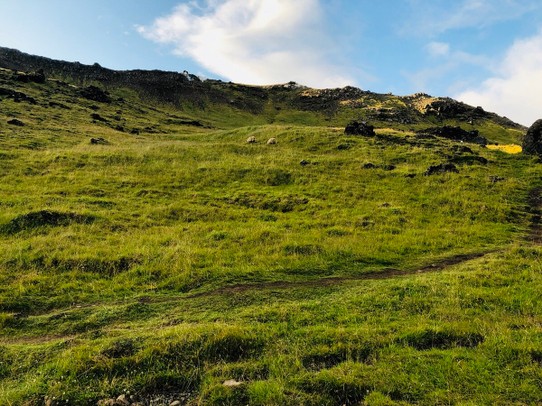 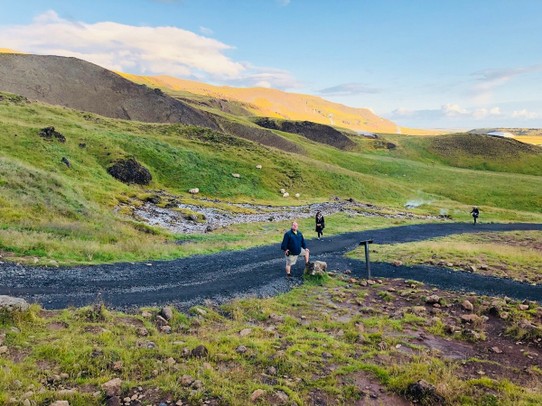 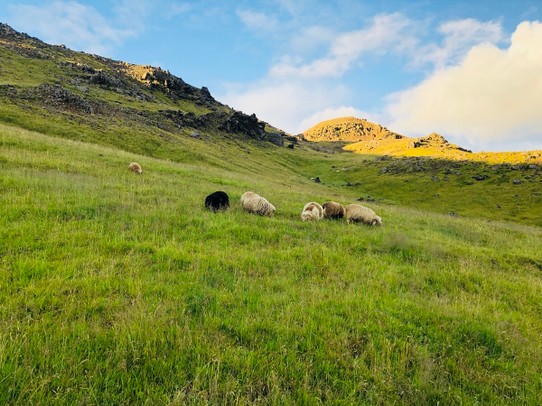 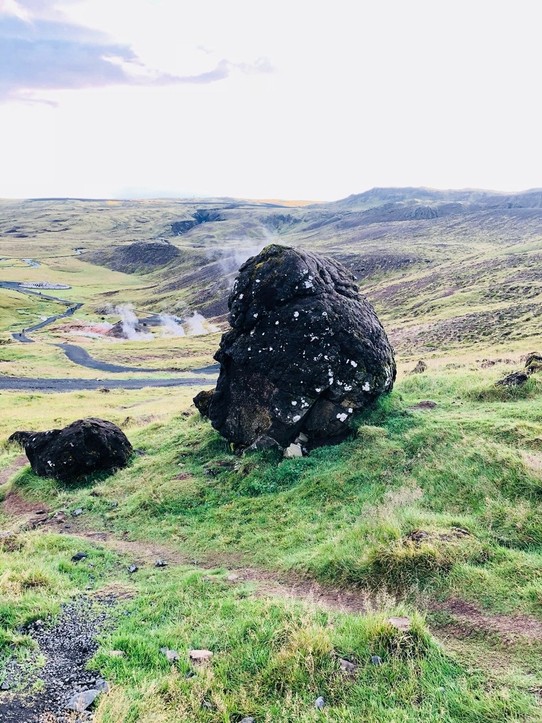 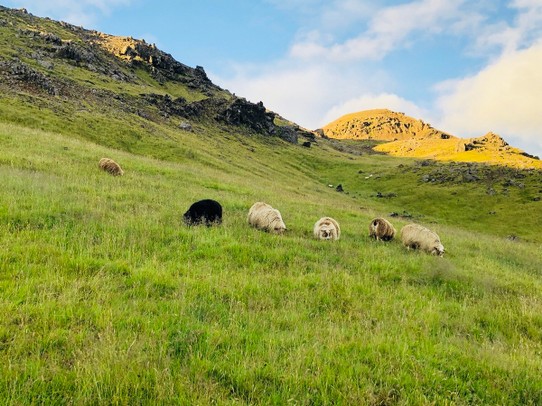 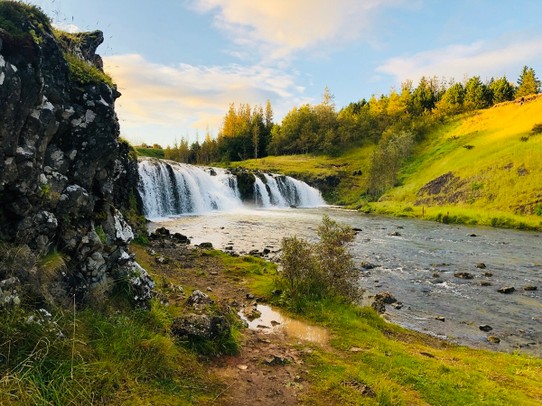 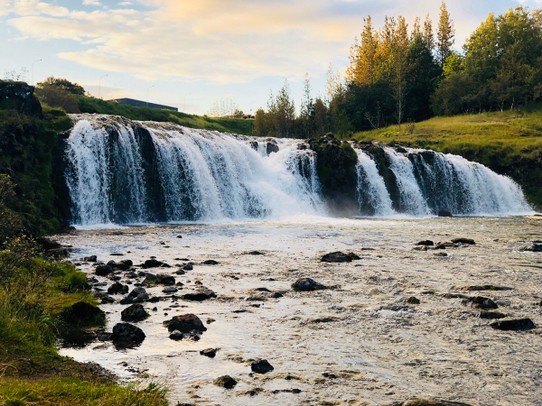 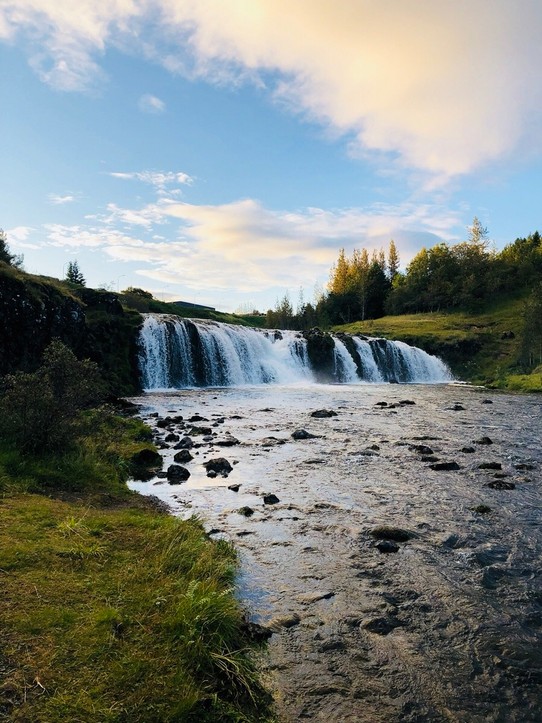 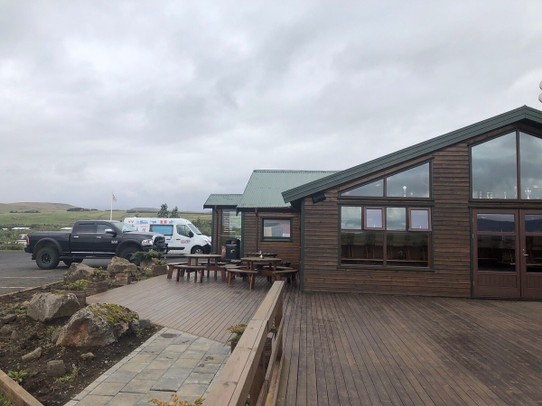 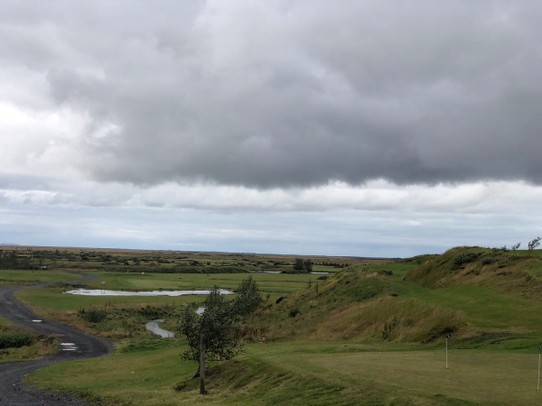 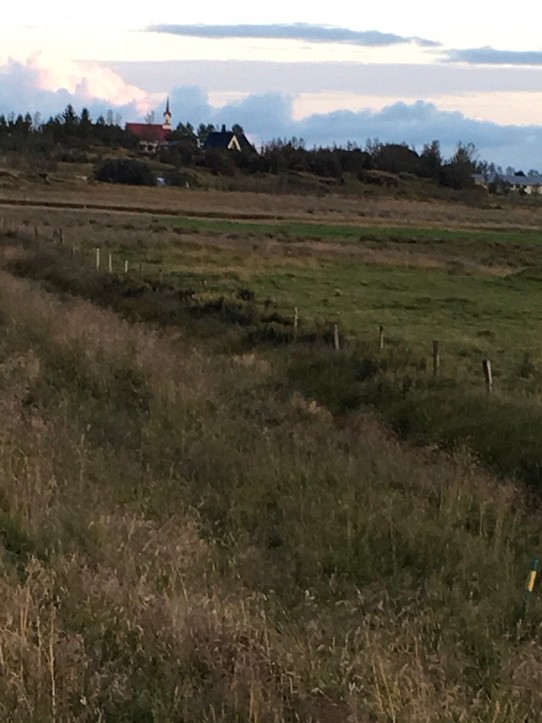