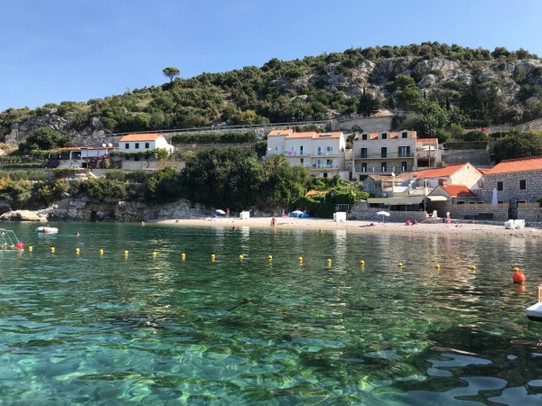 We got up and had our brekky in our apartment before meeting the others at 8:50am to walk to our pick up point for our cave and beach tour. When we walked down the steps to the other apartments we met up with Nicole and Mike and they told us Huby and Elisa weren’t going to make it. Huby wasn’t feeling well so they were going to stay local.

We had a bit of a confusing morning as we went to our stop and got the travel agency to change our booking from 6 to 4 and then got picked up and dropped off at a midway point. The guy organising everyone and their tickets said they didn’t have the function to scan our barcode as we got the deal through booking.com. We then got moved to the side and sat there while nobody made eye contact or let us know what was going on. We could see them moving the groups by transport to the next spots so we sat there thinking they were just going to ignore us until the end and tell us it was too hard. Another lady was there with him and talking on the phone to someone else throughout the time too. Eventually he came back and said we had to pay in cash. We didn’t have the cash as we wanted to pay on our card so Mike went out and got the 1300 kuna out. We paid the money to them with no receipt or tickets and hopped in the van that they told us to go in. We had another couple with us who we overheard say they were on the cave tour so we felt like we were on the right path and then made our journey to the next town Štikovica. We picked up other couples along the way too. The beach/bay where we departed from was so pretty and peaceful.

There were 13 other people on the tour with us and we thought we were on a speedboat tour but it turned out to be a regular old boat. We had unlimited drinks and they gave us a sandwich at the half way point.

We stopped at the Blue Caves first and it was so beautiful. The colour was amazing. Nicole was a little hesitant at first as she didn’t know how big the space was but when we snorkeled closer she saw it was fine. I had my underwater camera with me so I got a couple of pretty pics. We then made our way to the next set of caves which had three caves next to each other. The first cave you had to dive a few meters under to get to the next cavern and then do another quick dive for the next side cavern which ended, so we had to dive back out to then crawl through some rocks. The boys were helping everyone to not bash their heads when diving under. We finally got out to the other side and then had to swim around the cove back to the boat. That exploring was so much fun and was very active. Nicole sat the first two out as he said if you are claustrophobic it’s not the best idea. He should have just said the middle cave as that’s the one only Matt and I did which got a little bit scary for us. It was so narrow and the tide was coming in which battered us against the sides. It was also pitch black so you couldn’t see anything. The only way we did it was the flash from my camera. We decided it probably wasn’t safe to go any further and turned around and headed back to the boat and got Nicole back into the water for the final cave. It was just a wide open cavern so not a problem for anyone. Our captain which Nicole had spoken to while we were in the water was only 26 and left Bosnia to get away from the war to only get to Croatia which had the same war torn problems but just not as bad he said. His town was bombed and knew many people who had died. Nicole was shocked by some of his stories for someone so young at the time. The captain had two choices for us for our beach options, the first one was a nicer beach but the boat couldn’t dock so we would have to swim with our belongings to the shore or the other beach had a dock but not as pretty. We had to be unanimous in our decision which was hard when 5 of the people didn’t speak English only Spanish. After some confused nods one of the Spanish girls gave me her phone and we did google translate conversations to each other and I told the captain to head to the island with the pier so we didn’t have to swim to shore. You can call me tour guide Nicci from now on. We arrived on Koločep which the locals call Kalamota. We had some food and walked to the beach for some relaxation. The island is very pretty and looks like it’s used at holiday destination only. At the time we thought we were on our way back to the port but we stopped off at the final cave called the Romantic Cave. I’m not even sure why as it was the most daunting of them all. The cave exploration wasn’t guided so Matt was the first to do it and dived under with no view of where to go. He didn’t come back so we thought he was successful so I slowly ventured closer and dived under the water to see if I could see anything. I came back up with no idea on where to go so tried to follow Matts lead on his direction and dived and swam for the cave. At first it was so dark you couldn’t see where to go but then it cleared up. I went a little to far to the right and whacked my hand on the rocks but made it with no injuries. Unfortunately, couldn’t be said for a Nicole, she kicked an urchin on her way to the cave dive and had the spikes in her toes. She was a big girl and did the dive without help even when mike was going back to guide her she came through on her own. A few people didn’t like the look of it so didn’t attempt it but on the way out you had the clear view of the cave and was bright so you knew exactly where to go. The Spanish girls told Matt he was very brave. I couldn’t agree more. Nobody wants to be the first one to try. After we all had enough time in the not so romantic cave we swam back to the boat and watched the scenery go by back to port. Matt must have stepped on an urchin too as he feet were itchy and painful. The captain didn’t have tweezers but gave Nicole olive oil and the barbs came out themselves.

The second mate on the boat tour was our driver on the way back. He had enjoyed his antics on the boat as he was dancing and singing and just looked like he enjoyed life. Anyways, the next 15/20 minutes were the most entertaining of the day. He started off doing handbreakies in the van on this lady’s property which she chased us up the driveway. He then was taking phone calls which sounded like he was abusing or being abused. He asked for our permission to smoke and then offered us his smokes and then basically blasted Croatian rap and danced all the way to our stop. He even scared a little old lady walking in a tunnel. He was a crazy individually but all of us were crying from laughter. I recorded some of his antics as it was too unbelievable. He couldn’t stay in the lines and broke some traffic rules but we weren’t surprised as when we hopped out of the van we saw how battered the one side of the van was. The boys thanked him in Croatian which made his day.

We arrived back to the apartments at 4ish which was 2 hours later than we thought the tour went for and talked to Elisa through her window to decide to meet up in 30mins at our usual hangouts of our steps. We felt so sad for Elisa as she would have loved the day and all she wanted to do was snorkel. What a good wife.

We were so ravenous after our day we decided to meet up again in 30 minutes and head to a restaurant we found looking up reviews. Ding Dongs was a Korean restaurant and the food was yum! All very satisfied and the service was great. Our waiter was lovely and brought some entertainment to us tired old souls. After dinner we strolled around old town one last time before shuffling to our apartments. We finished our packing and got sorted for tomorrow.

We are taking the bus to Makarska which takes about 3 hours. Excited to see the family home. 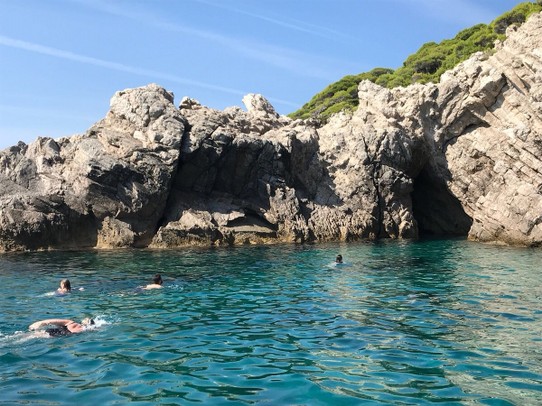 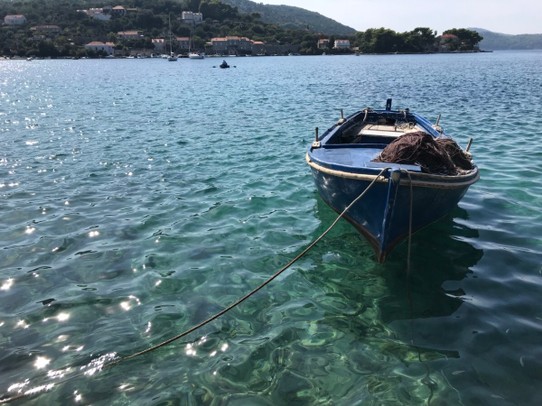 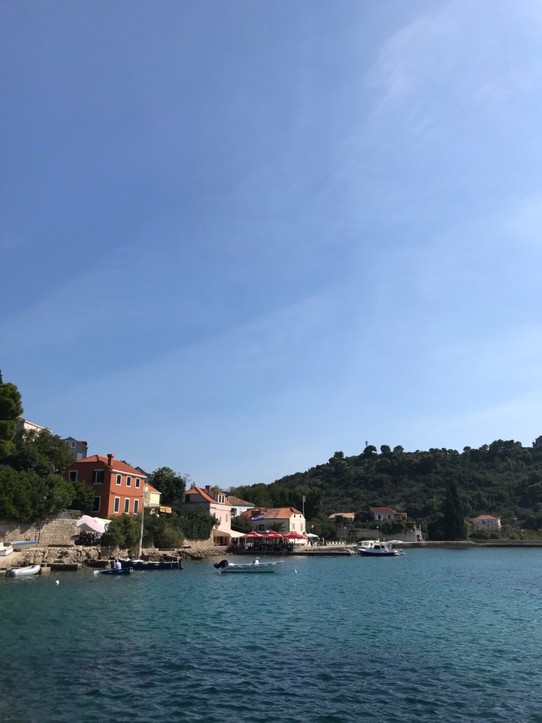 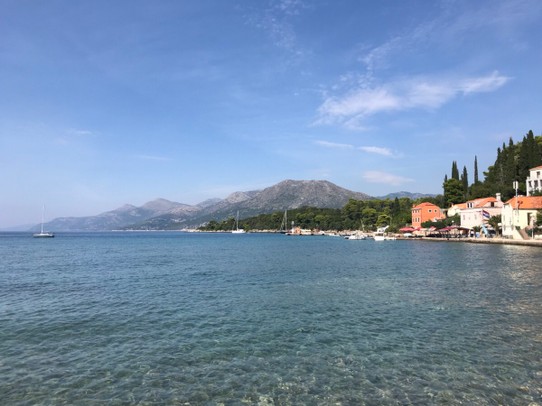 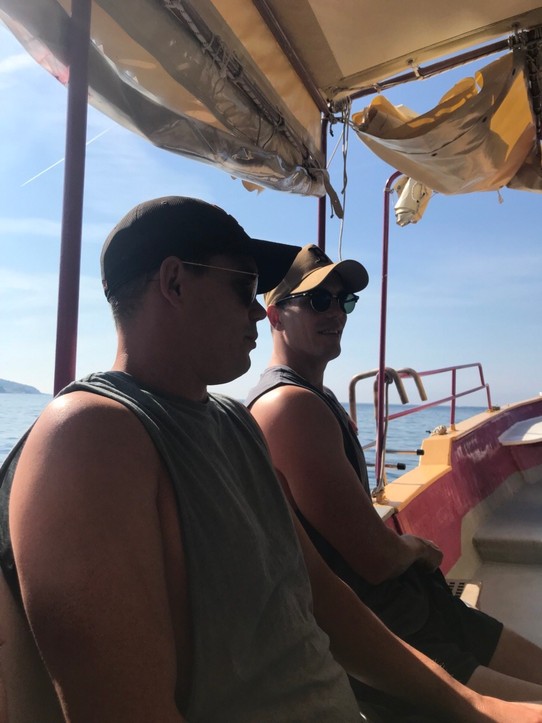 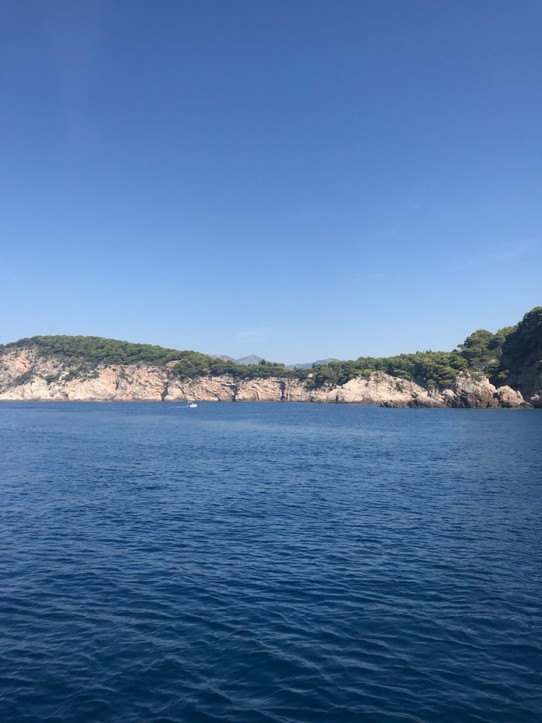 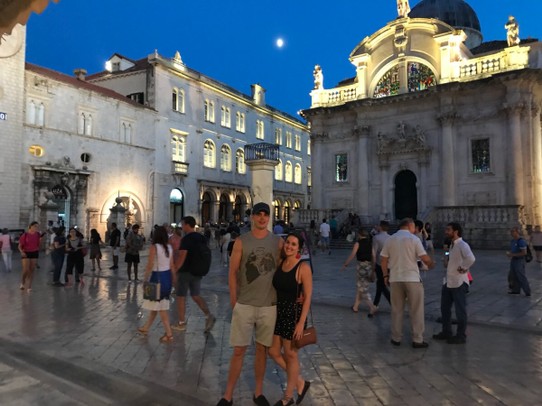 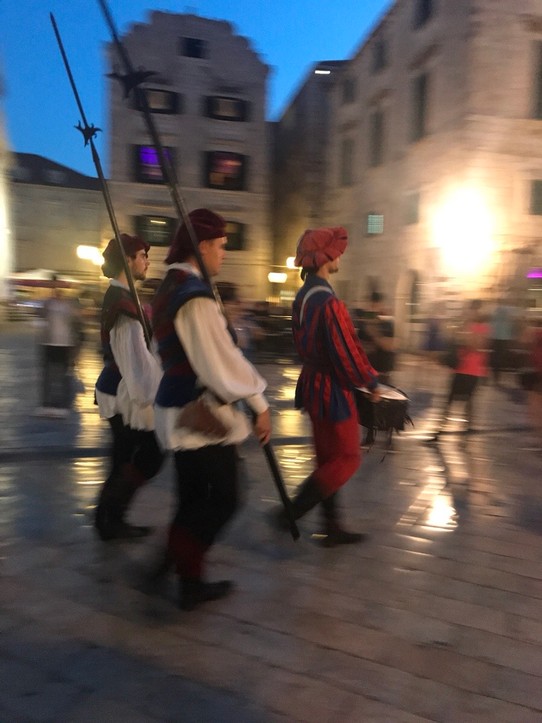 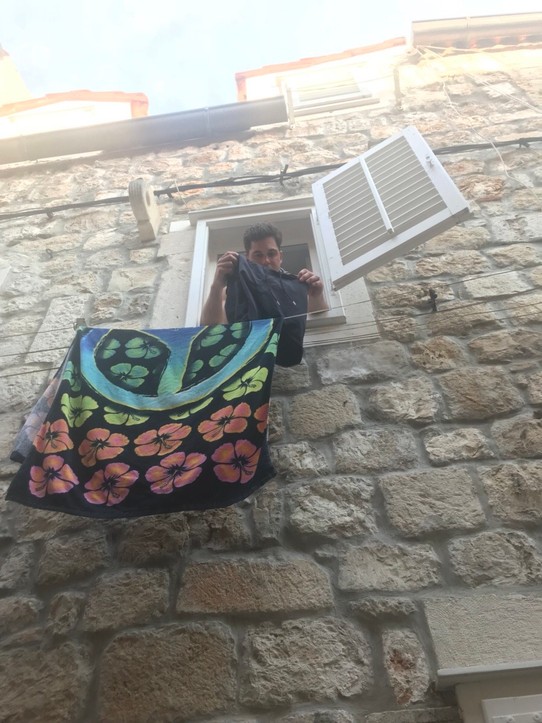 1
Matt doing the washing from our window 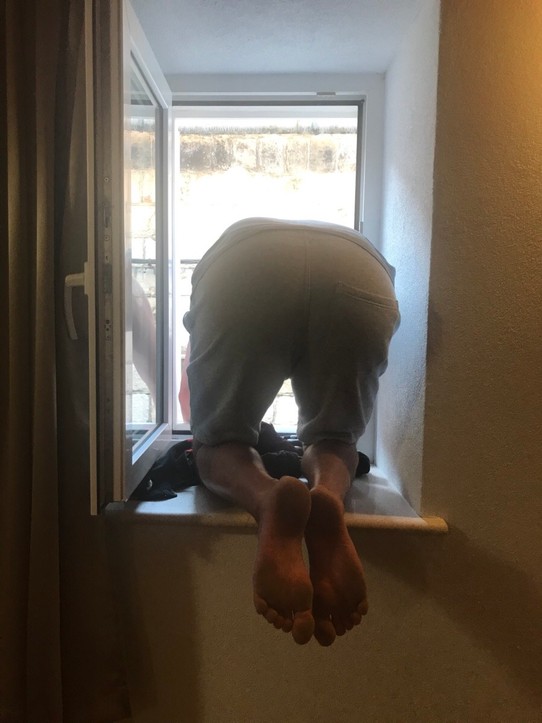 2
How he hangs our washing