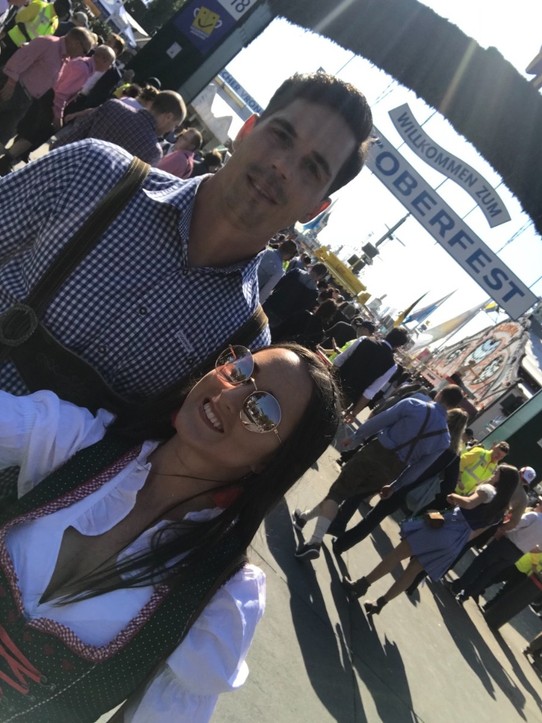 It was a nice leisurely morning and we got up at 9am to go get some food and a SIM card for Matt. He bought one in Croatia to stream the football grand final but it wasn’t working so he will need to buy a German sim card for it. The boys had asked if it would work in Germany and were told yes so we thought it would be smooth sailing.

We decided on a nice healthy breakfast for our hangovers and settled on MacDonalds. I was craving some hash browns and a Sausage and Egg McMuffin. They don’t do hash browns and the sausage in the McMuffin was white. It wasn’t quite what we were looking for but it did the job. We then headed towards the main shopping strip in Munich to look at some sports stores and find a new sim.

It was easier said then done, we spent an hour walking back and forth between stores as the prices were outrageous and they didn’t really know what we were after. We ran into Elisa, Huby and Mike and they were browsing and heading out to find the sports bar where they are watching the grand final. Mike said Nic wasn’t feeling too well and had a bad night. We then split up again and headed off for more stores. One shop which had the best deals for SIM cards, only had a sponsor arriving at 12pm to set up the prepaid sim cards. We had planned to leave at 12pm today for Oktoberfest, to rest our weary heads and the day before it only got busy at 2pm. After some tense moments with Matt getting frustrated about not getting a sim card we headed back to the hotel to get ready and he was going to go to the store and be set up at 12pm and meet us at the tents afterwards. On our way back we found a little convenience store that was selling sim cards for a similar deal so instead of missing out on some of the festival Matt bought it from there.

When we were getting ready we found out Mike was going to take Nicole to the doctors as she wasn’t feeling well. Elisa and Huby were running late and then they decided to head out when Nicole and Mike got back so Matt and I skipped along on our way to Oktoberfest. We had discussed and heard the Hacker tent was the most prettiest and another good tent to visit. When we got there I immediately knew we were ill prepared as the tents and festival were so so so busy and completely different than the previous day. We walked around hacker trying to find a space and eventually one of the workers found us a set in a corner area with some young German guys. We didn’t mess around for lunch this time and ordered the pretzels & hendl (chicken) straight with our steins. A couple of Americans joined our table but they were on the other side and the young Germans between us were quiet. It didn’t last long as a couple of drinks down and everyone was best friends. The Americans left quickly and it perfect timing as Matt saw Elisa, Huby and Mike walking around looking for us. We were all impressed he saw them as it was hectic and we were quite hidden. Nic stayed home to try and rest. The three stayed for one stein and then decided to explore the grounds. Matt and I were having too much fun so we stayed with our new friends a little longer. By then the locals had brought over a lot of their friends so we had a big group. The table over from us had this old fellow who they called ‘the grandfather’ as he was a traditional Bavarian. He was awesome and kept offering us sniffing tobacco. By the end of it our curiosity was piqued and we tried some. I wouldn’t be going out to buy my own ‘snuff’ but it was interesting to try it after trying chewing tobacco when were were in Texas.

This tent didn’t have the same atmosphere as the one we went to yesterday. The locals go to Hacker and it’s more subdued and traditional. The singing is in German and if you down your drink you get kicked out. Thankfully we picked the good one for the first day when everyone could make it and party.

After our drinking we said goodbye to our new friends and headed off to explore with the others. We went on the predator ride and bought some food and treats a long the way. I still can’t believe the magnitude of this place. It’s enormous and runs so smoothly.

We started getting hungry and decided to walk back to the main area for dinner. We went to our underground eateries and bought what we needed. Everyone headed up to their rooms and Matt and I tried to rest our weary heads after another day of drinking. We have to be up at 5:30am for our flight to Amsterdam where we are meeting up with my boete! 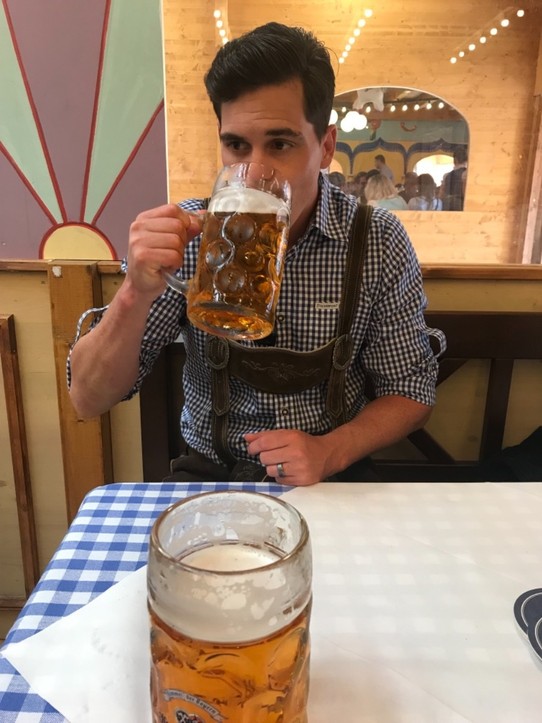 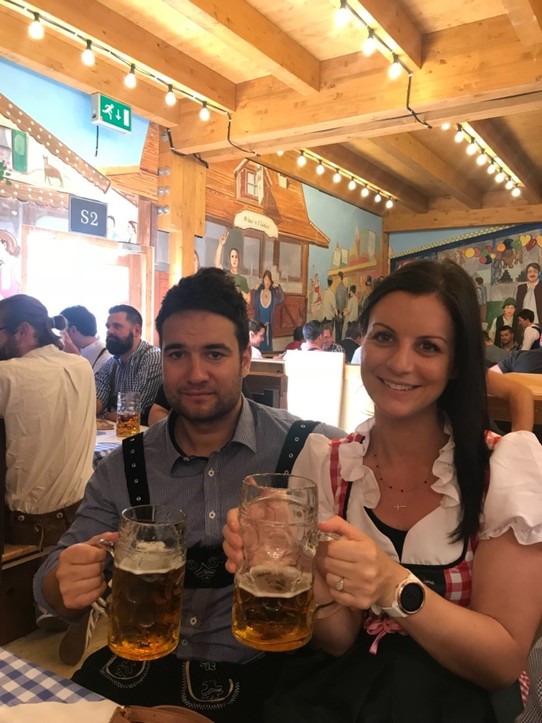 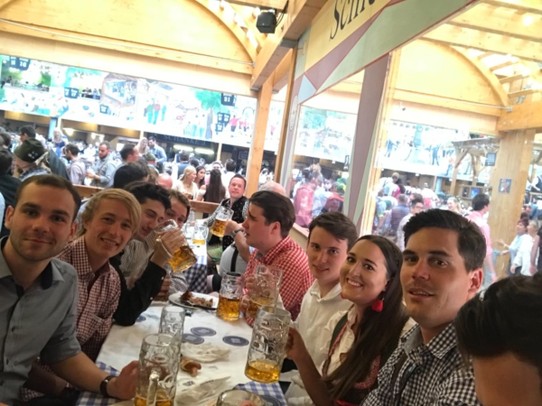 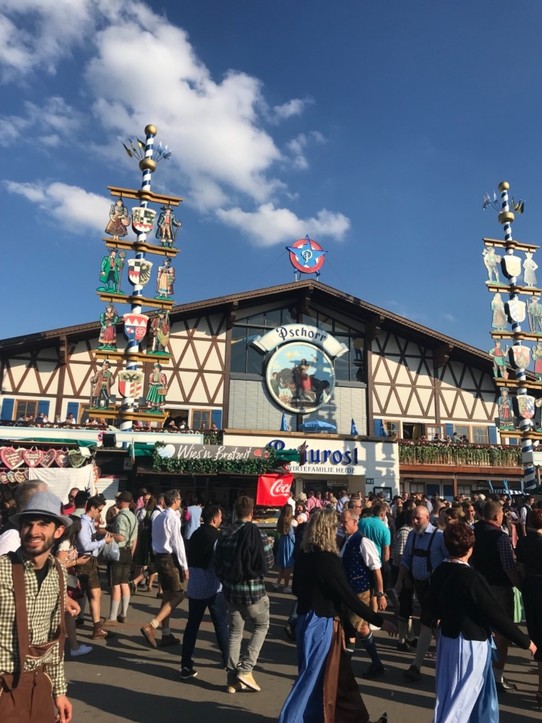 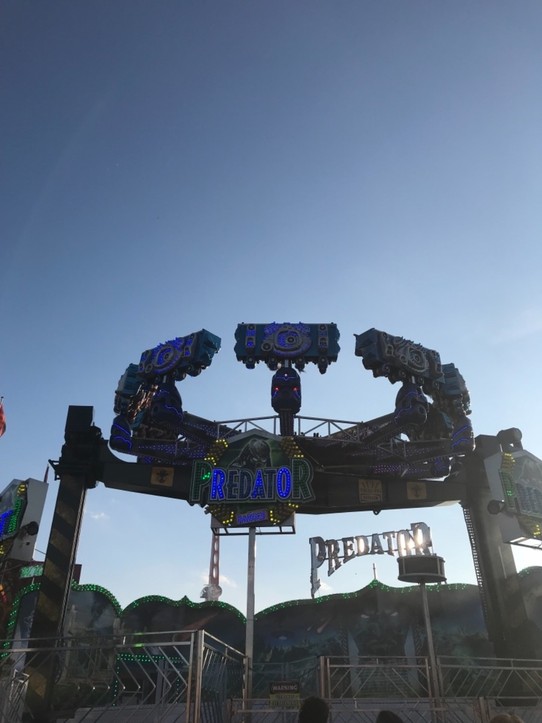 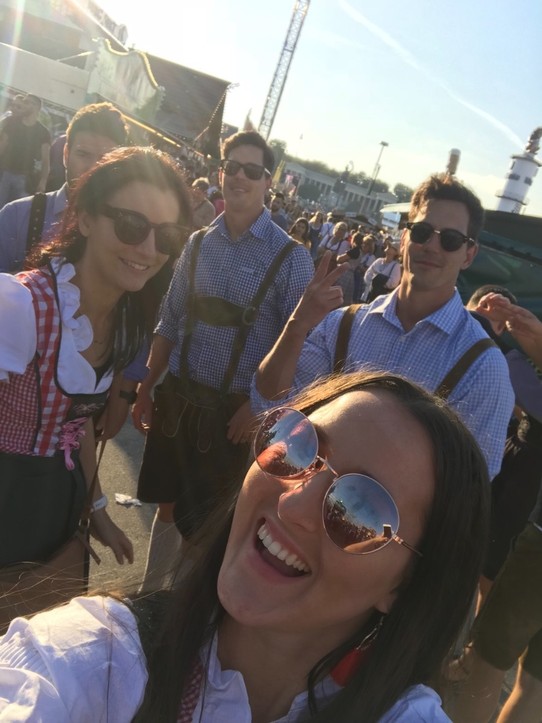 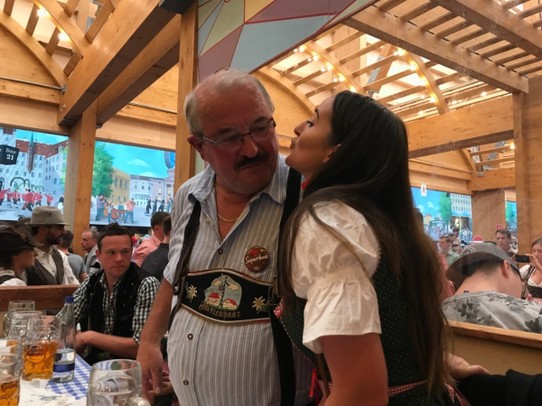 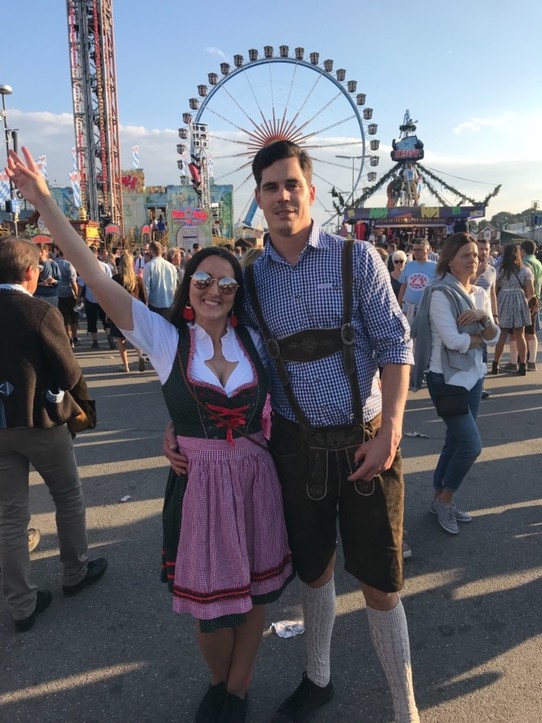 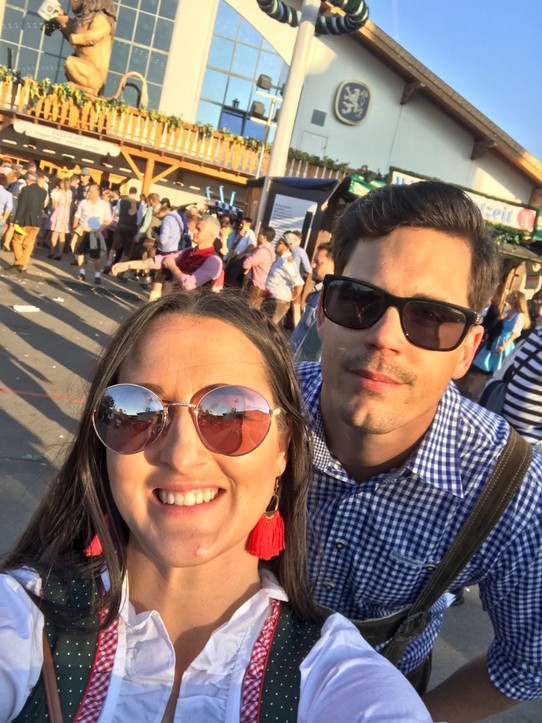 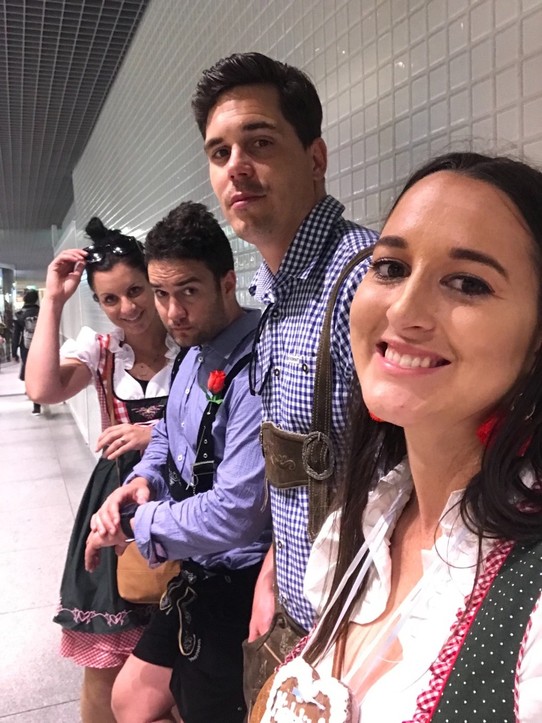