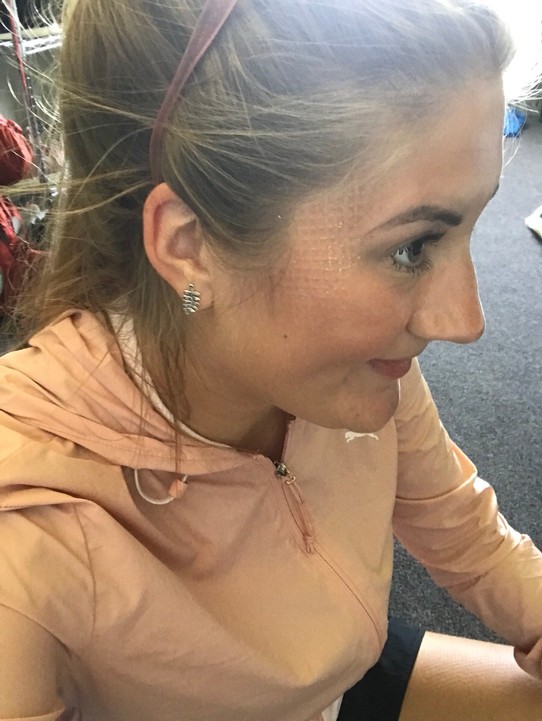 I did my first Yoga lesson on the Beach. Also my first tattoo. Fortunately only of sand.
My first day for which i have nothing planned. Ok, exact
one hour for Yoga. So i started my day with a breakfast in the sun with some others. Before i went to yoga i drunk a coffee with jenny who i met on the first day. Today she travelled back to melbourne and gave me some tips for my time in Sydney. On the way to the beach I distributed two, three applications in restaurants. I hope i can find a job quickly. After sports i was laying at the beach. It was really warm in the sun, but the wind is still very cold. In the evening i went on a coastalwalk with a german girl. We saw sculptures, dogs, running people and surfer. It was nice. in the evening i wanted to make a soup warm but unfortunately the closure broke off. Since we had no can opener in the kitchen. A girl said I could ask at the reception. What then came was really funny. He took a pair of pliers and opened the can. I had my soup and he had the stuff on his shirt. But apparently he didn't mind. 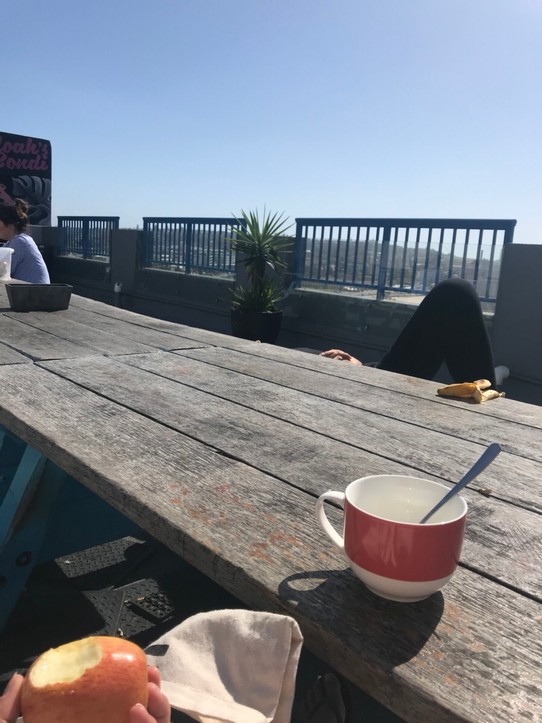 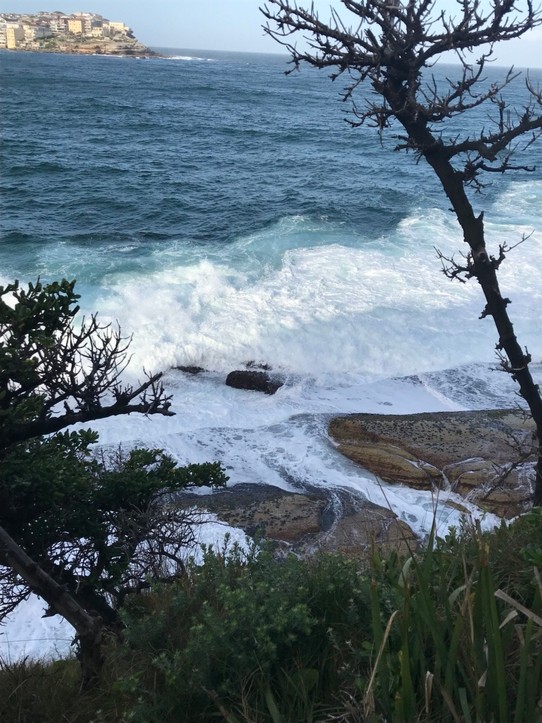 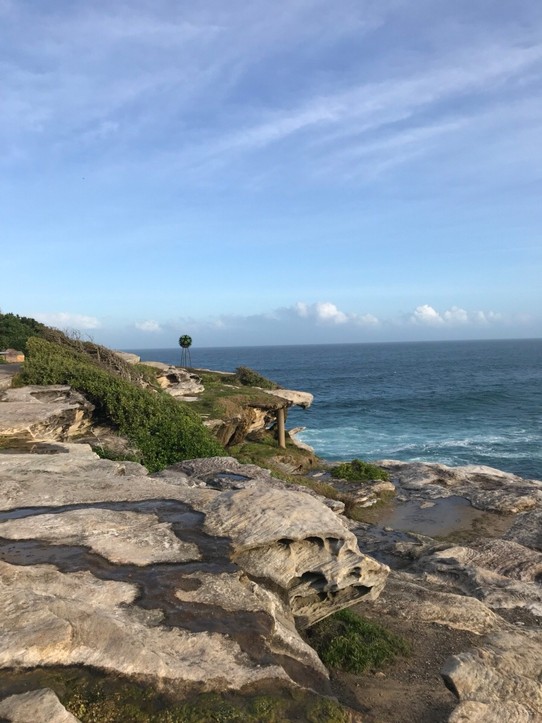 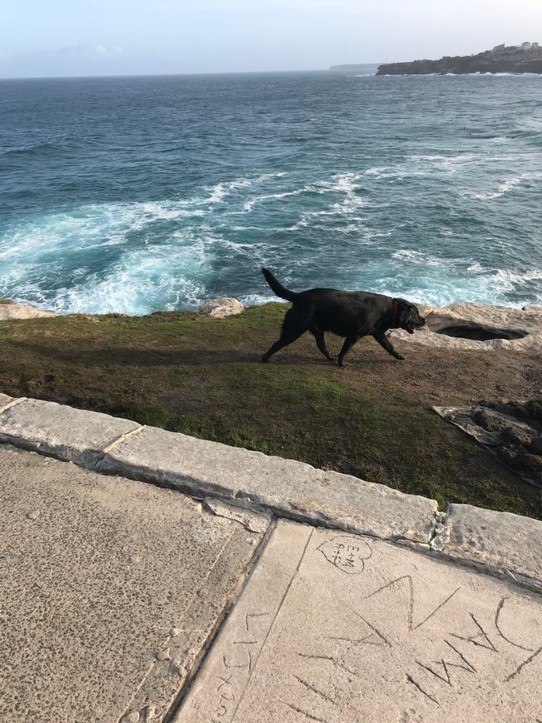 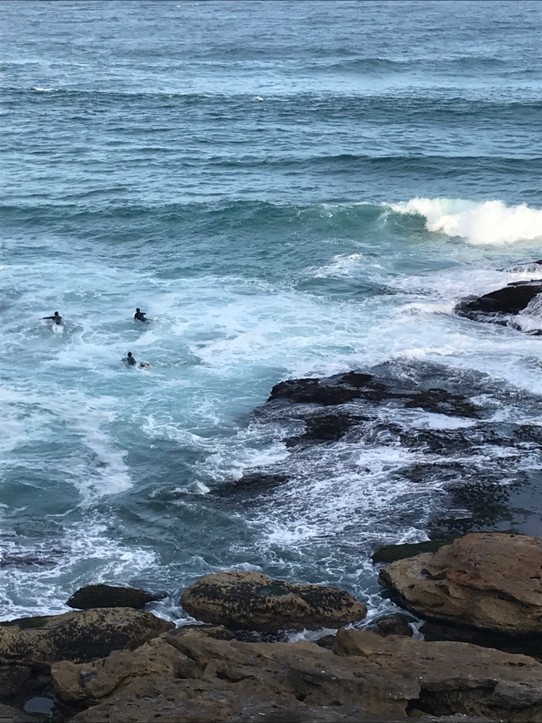 I found the surfer really insane, because the current looks so strong. 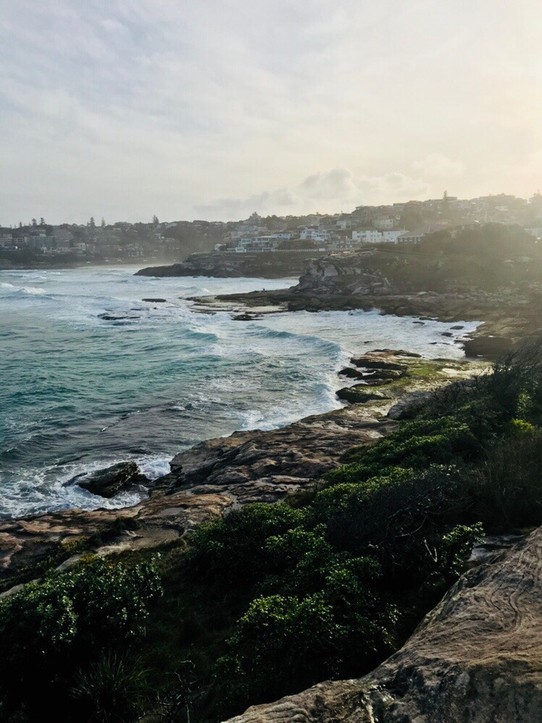