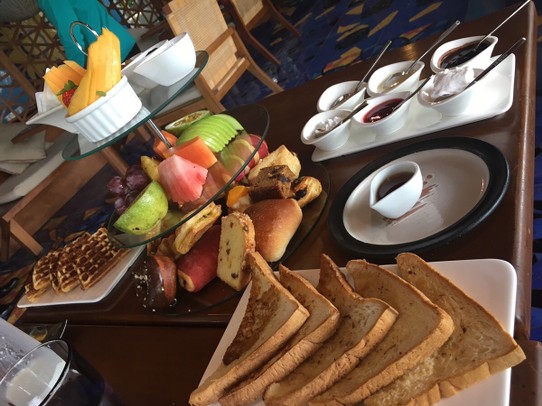 Monday.... start of a new week and start as we mean to go on.... food, sunning, drinking, more food and more drinks!!!

For breakfast we decided to go back to the fire restaurant where food would be served for the rich and famous.

As we walked in we were the only ones in there.... a few others came in but when they were told it was a set menu, they walked out again. We had done our fair share of buffet breakfasts, so now time to see what these had to offer. With a 2 sided a4 page of options to tick we were not going to go hungry!! We selected some fruits and pastries and some eggybread and waffles with various accompaniments..... what turned up would have fed us for the week..... a cake stand with at least 25 pastries and cakes on it, a selection of abt 7 different fruits and on the top jams and butter..... the waffles and eggybread on different plates. We had to have a separate table for it all!!Unfortunately for the young guy carrying the tower, the maple syrup took a dive as he put it on the table, to give him his dues he caught it before I did and I was very grateful as of course he was coated in it!!! The guy in charge of the restaurant seemed so upset but I just found it hilarious (James had missed all this circus as he had popped to the loo!!!!) and I think that helped him to realise it didn’t bother me in the slightest. He swapped the table for another one and then re put all the food back!! We would have been fine with a cloth but hey.... rich and famous are we.

After consuming about a 3rd of all the food, we headed to our little pool with only 1 other couple around. It was only 10 but it was already hitting 30!!! Two towels were needed as the bottom half of the padded cushions were already burning hot!! We sat in the sun for around 30mins before retreating to the shade for some respite. I don’t think I have perspired that much in many years. The English rose I am was not ready for it!!!

We sat, drank wine and cocktails (and yes some water mum!!!!) and had a swim in the pool until around 2pm (lunch was not necessary, much to the bar guys dismay after that breakfast banquet!!) when it started to cloud a little. The first clue something was up was true pool guys taking in as many of the sunbed mats as possible .... I asked if it was going to rain and he said around 5pm...... he was wrong.....

We felt a few spots about 5 mins later so retired anyway to watch events unfold from the balcony. There were a few rumbles in the distance but nothing too close.... the rain got heavier but I was bored and sat in a soggy bikini so went in to get changed.... lightning struck next to the hotel!! The boom was huge!!! Scared the life out of us!!! There was one more like that before it cleared off further down the coast.

We met our virgin rep at 4, a round jolly fellow who told us about the many excursions.... so now on Thursday we are going to a turtle hatchery, Galle town and then whale and dolphin watching!!! I am super excited as myself and James have never seen wild whales before..... fingers and toes crossed!!

We had our high tea and then went back to decide what to wear for our cocktail reception with the manager!!! I wore the same as I did in Borneo..... cop out?!

It was awkward as ever with people making polite conversation in not their first language. There were around 20 guests and 15 managers. The welcome drinks were of course arrack but the selection of 4 canapés were amazing..... cream cheese, tuna, beef and salmon!!! The guy must have come around to us abt 10 times on his rounds as we never said no!!!

We ate that evening in rock salt, a hot rocks restaurant. It was great fun and our waiter was lovely. We had a selection of fish to begin with various bits like wasabi and ginger but the strangest thing was tuna wood.... basically tuna jerky!!! It was tough like jerky but tasted scrummy.... washed down with red wine.

On our hotrocks we had sesame chicken and special chicken but as we were cheffing ourselves we were given our own aprons and chef hats..... we looked incredible!!! The food was delicious, one of the best we have had on this holiday and the service was also top draw.

By this time with a day in the sun and so much food I was ready for sleep!! 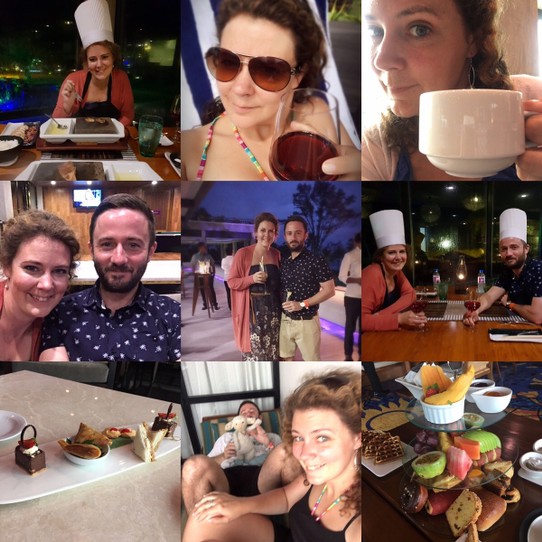 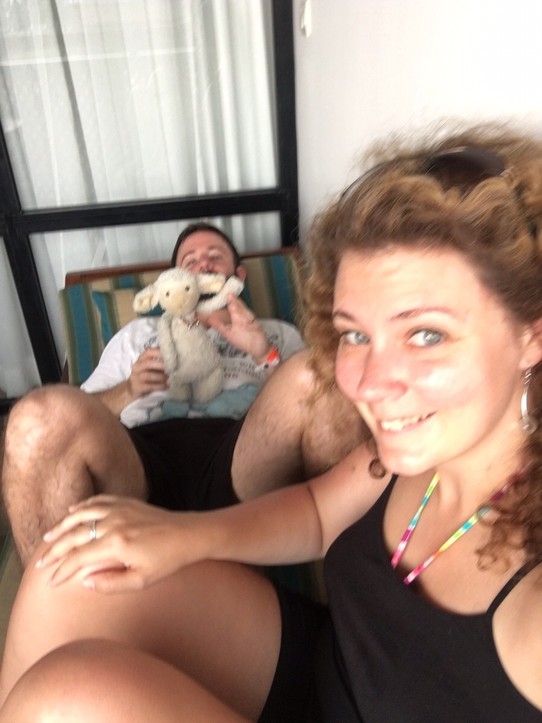 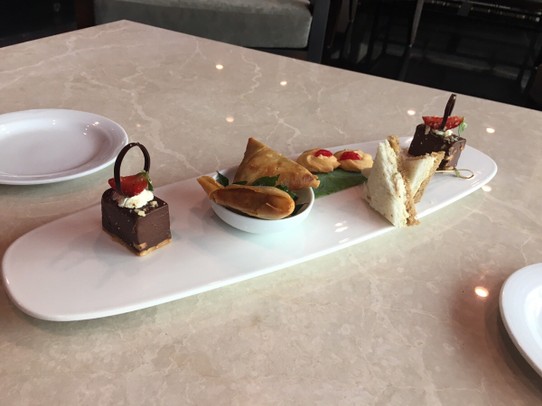 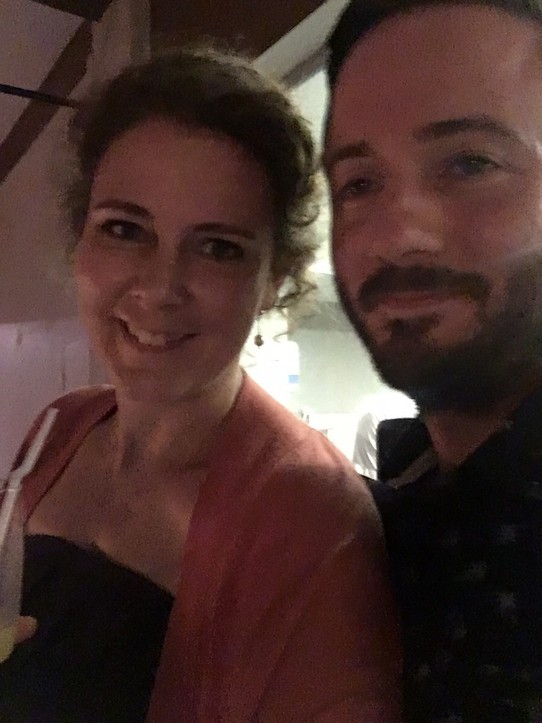 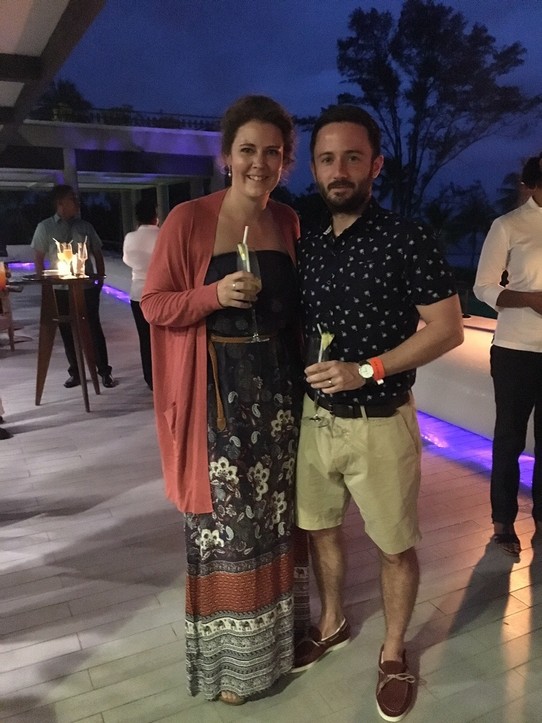 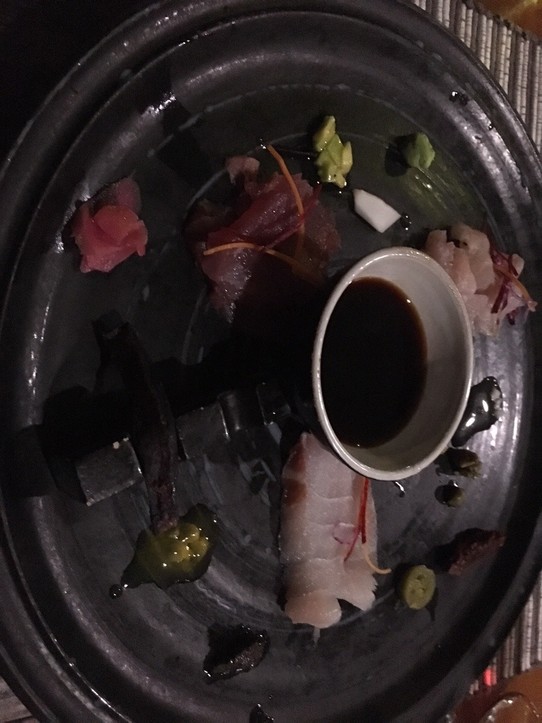 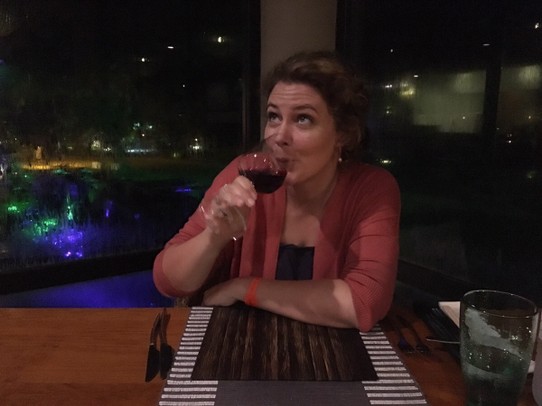 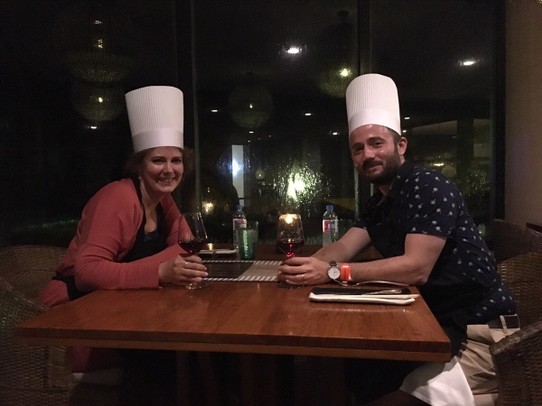 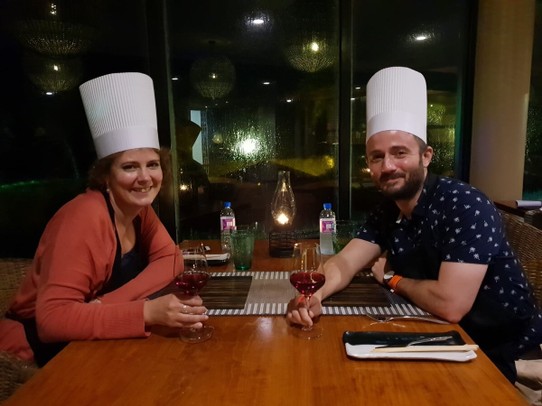 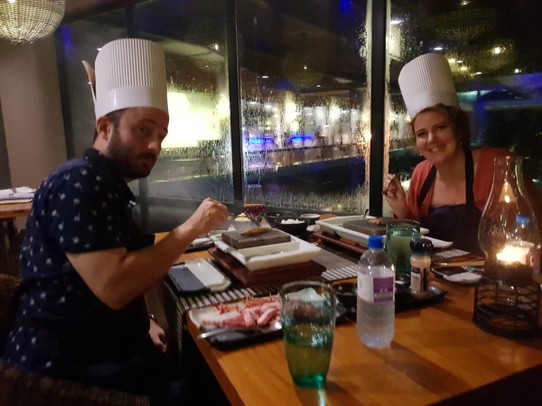 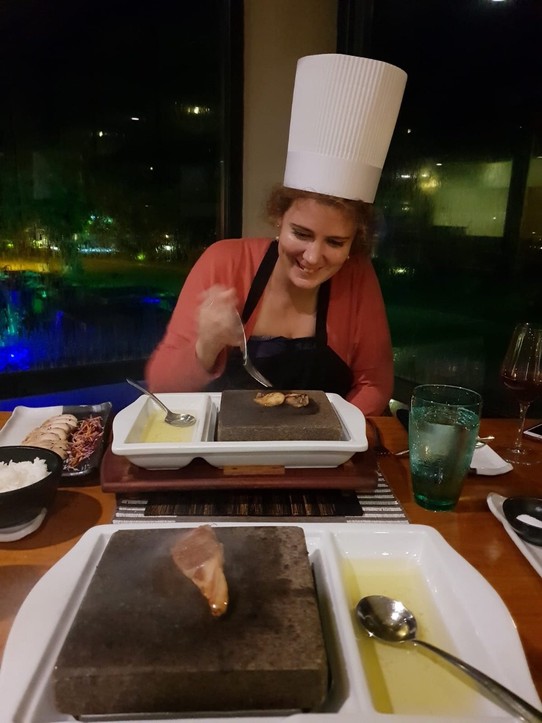