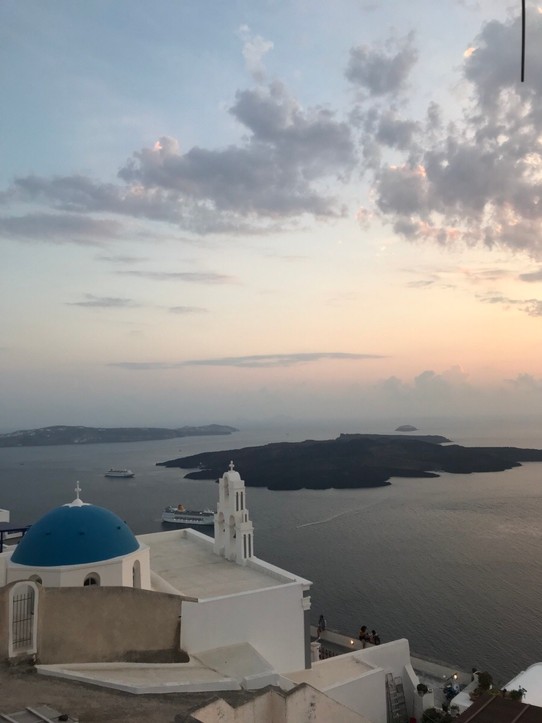 Some of us were cheery, some of us needed some time before they could communicate. Coffee helped with that at the airport. I have always been a morning person so 4am wake up wasn’t bad for me. Thank you Mom and Larry King Live.

I thought our taxi driver was going to make us late. He had no petrol in his car and he kept switching his car on and off while it was still driving. Why accept a taxi call out if you have no petrol!!! He wasn’t even a pleasant person so I was glad to see the back of him when we got to the airport. We checked in and had breakfast without a problem and boarded the plane to Santorini. It was a quick 45 minute flight. We had planned a hike from Fira to Oia when we arrived but reality set in and we were all tired. We couldn’t check in to the hotel until 2pm, so it was a long 5 and a half hours. We got a good layout of the land in that time and walked the streets and markets and found all local spots we needed ie grocery story and pharmacy. This virus is taking down more of us.

We headed back to the hotel so we could check in and make a plan of action for the rest of the day. Two of the rooms were available so we got them settled in and headed out again to book in a private sailing tour for Saturday. Nicole saved us all $500 for her smooth talking. Once we realised the price couldn’t be beat we had to quickly lock it in.

I was introduced to the gyros and had that for lunch at a local store. After we headed back to the hotel so Matt and I could check in, we all headed straight out to the pool. We will be tanned by the time we get back. Once the hotel blocked out the sun we headed to our courtyard which was still in prime sun and sat out there and chatted. Nicole went for a snooze and Huby went for a run so the rest of us went and got coffees and iced drinks down the road. On our way back we went to the Supermarket which is just down the road and stocked up on breakfast items and alcohol. Woohoo now that we have a fridge in the room.

We all got ready to head out for the sunset views and dinner over the Caldera. We stopped off at Nicole and Mikes room for some drinks beforehand.

Huby had been raving about a meat platter that they all had the last time they were here so after some sunset pictures over the caldera we went on the hunt for the restaurant. We found it pretty quickly but horror horror they didn’t do the platter anymore. Hubes was devastated. We decided on some mousakka and souvlaki for dinner and weren’t disappointed but still, it wasn’t the meat platter we had all envisioned. It gets windy up on the cliffs at night so will be prepared for tomorrow night.

After dinner we strolled around the streets looking for more markets which was here the last time the others were here but nothing was there. We eventually made it back home after strolling around the hood some more.

Santorini is very pretty! It’s amazing that they have built towns onto the cliffs. 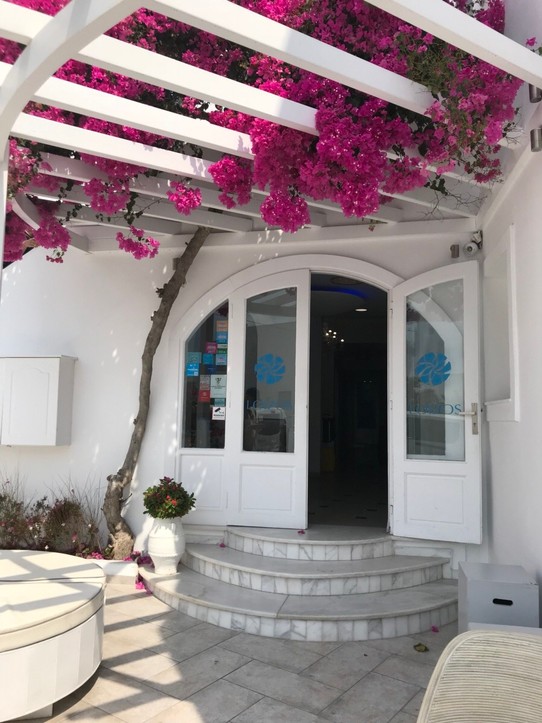 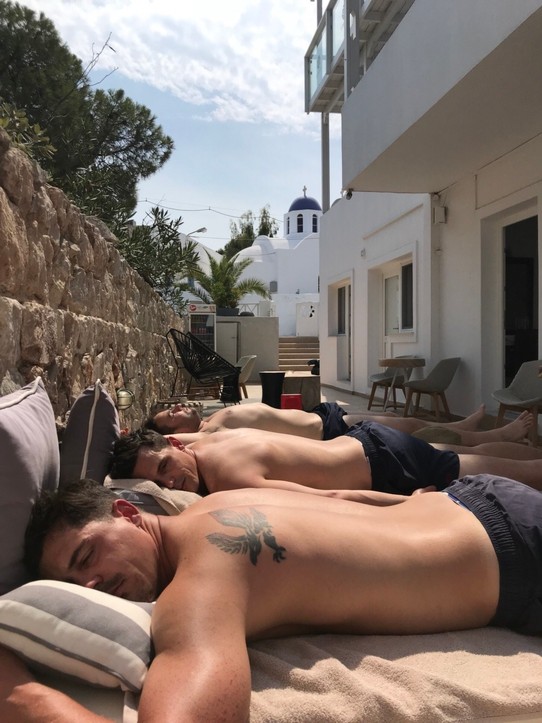 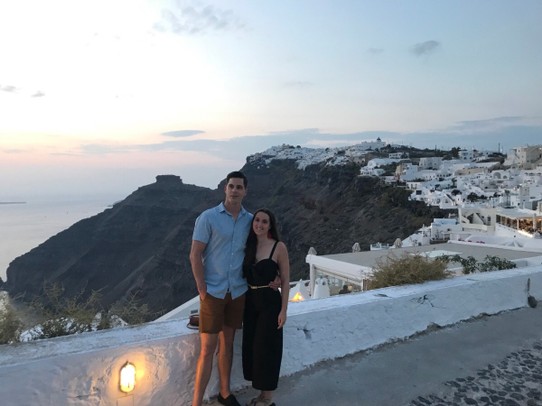 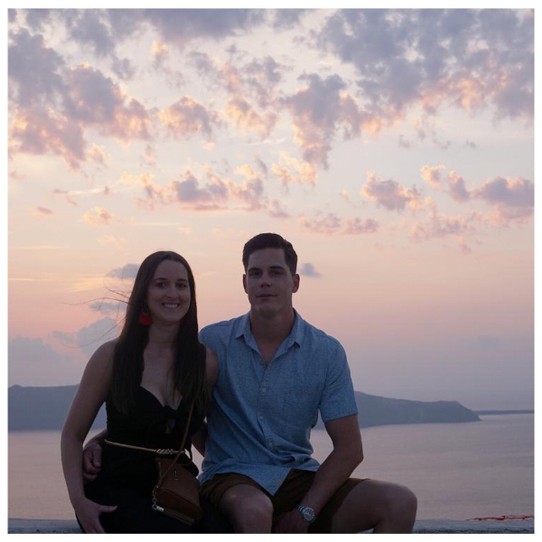 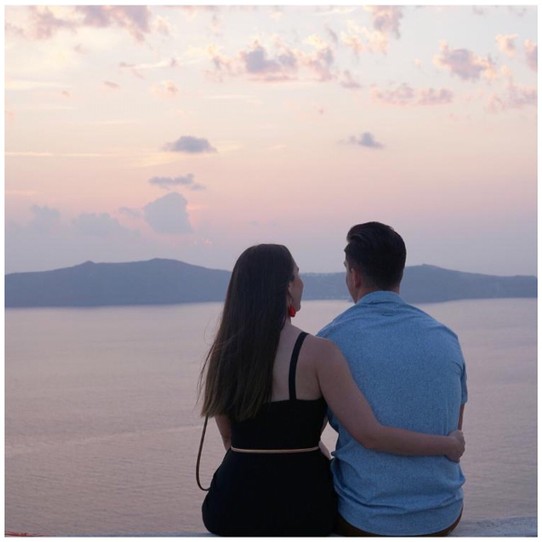 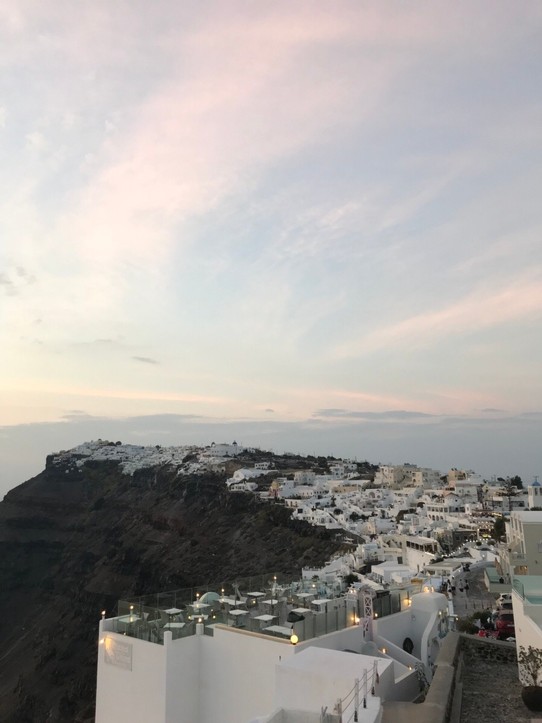 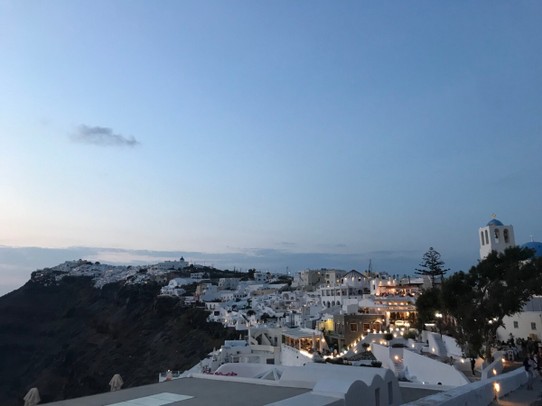 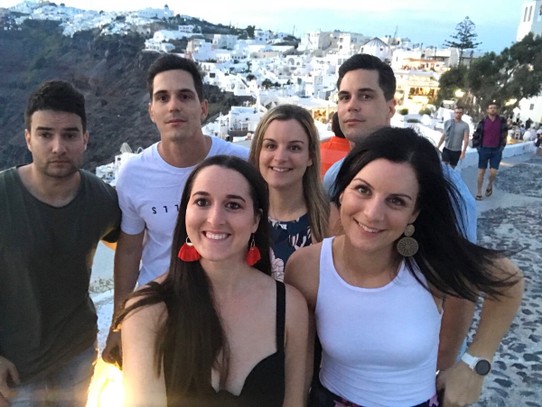 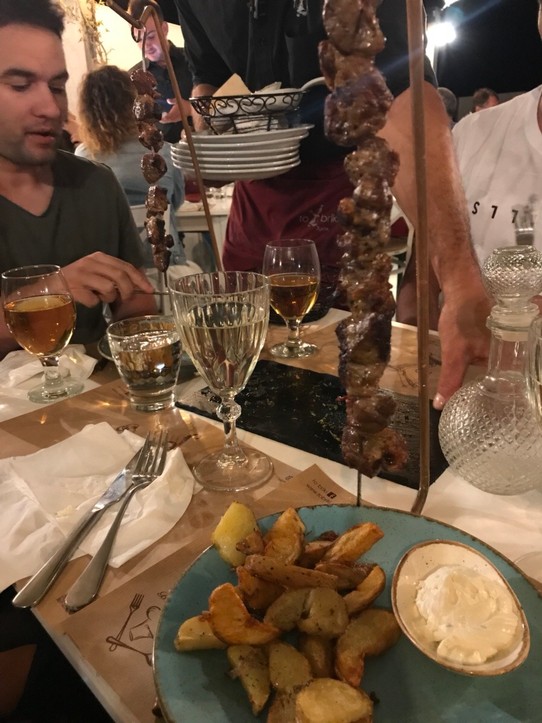