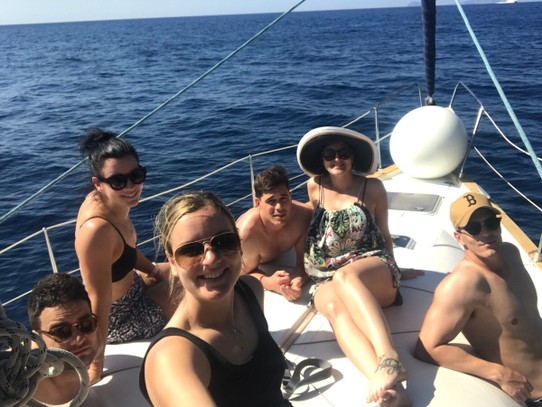 It was another successful homemade brekky of yogurt and granola. We were meeting up at 9:15am to head to the supermarket for our private pickup to our yacht cruise. It was a 20 minute drive to the old port where we meet our Captain George, his brother Theo and second mate George. On our drive we were able to view all the vineyards of Santorini which is basically floor coverage. We were going to do a wine tour tomorrow but we might skip that. We will attempt our own at the hotel.

The yacht was pure luxury and we all felt very hamptons. We had a 5 hour cruise and we let Captain George pick the spots. He gave us a spiel about what he thought was best with his experience and we were all happy to do that. We visited the red beach, white beach and passed the 300 year old lighthouse. It is one of the oldest buildings still standing on Santorini with the earthquakes and eruptions. We then visited another island called Thirasia for some snorkeling and lunch. We could see far down as it was so clear but the fish weren’t very pretty. We had tuna Greek salad, fish cakes, bread and dips and seafood pasta. I know what you all are thinking.. what did I eat, well I ate everything. Captain George used family recipes and produce, even his wine was from his grandfather’s vineyard. It was a nice personal touch.

After lunch we headed back to port which took 2 hours. It was so relaxing and so amazing to watch the scenery. Santorini was originally a big round island and after one of the volcano eruptions thousands of years ago it created the round crater where we sailed through. The others had gone on a volcano tour the last time they were here and didn’t even know. Captain George had so much knowledge and it was very interesting listening to him. He use to be an oil tanker driver for 15 years and missed his homeland so he bought a boat 3 years ago and started his tours. He even had pirate stories while on the seas.

We headed back to port and when we were dropped off at our hotel we quickly showered and headed out for some coffees. We then sat on our hotel balcony and had drinks watching the sun go down.

The boys and Elisa were craving Gyros and they had that again for dinner. Nicole and I had our heart set on crepes so we walked further into Fira and found our store. They had a volcano eruption and fireworks event tonight so we got to see the volcano lit up with lights like an eruption and got to see some fireworks. It goes all night and the last set of fireworks was about 3am. We had seen a few tours for it as it’s only done one day a year.

Huby was very keen on a gelato so we went back to the store he had in mind and got himself one. Matt and I were swayed to share a scoop as it looked like a nice bubblegum flavour. It was delicious. Very happy with it.

We made our way back home and said goodnight to Panda. Even Matt gave her a little tickle on the way in. I feel he’s coming around to the cat idea. 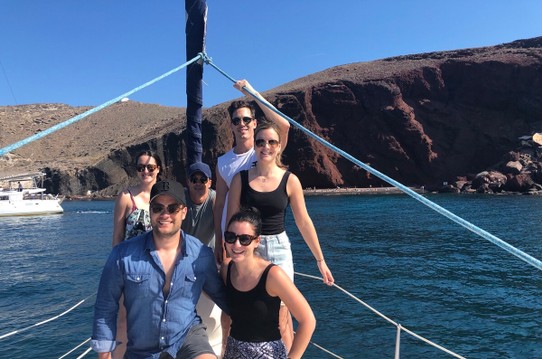 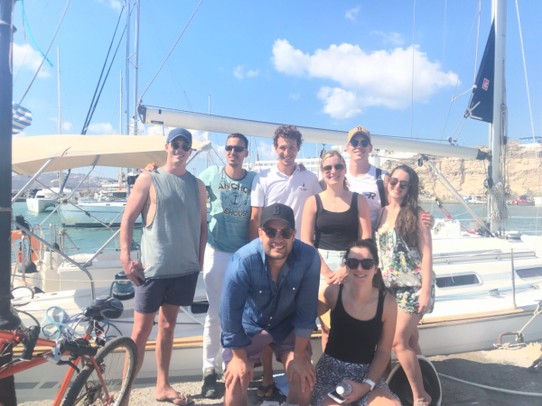 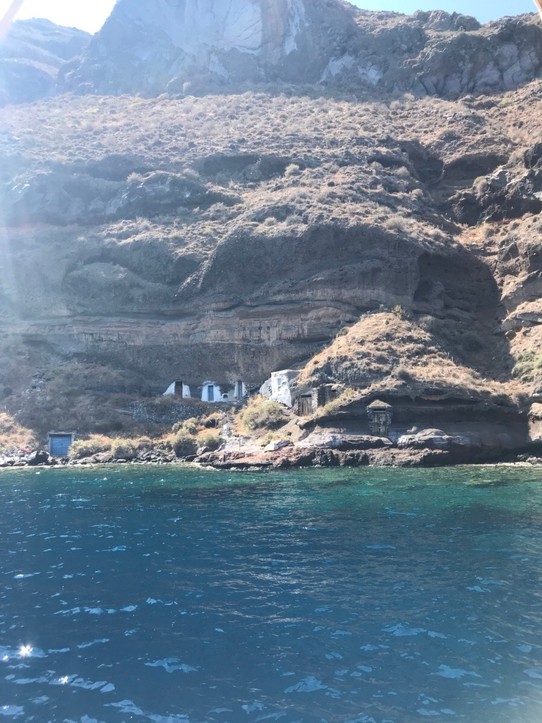 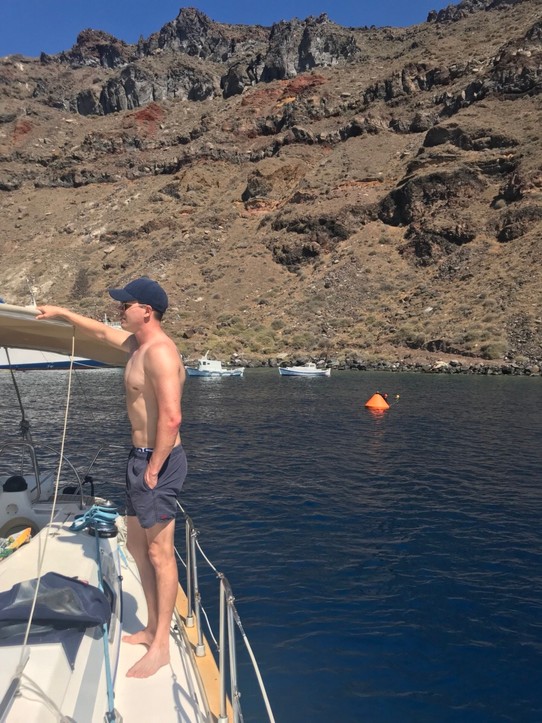 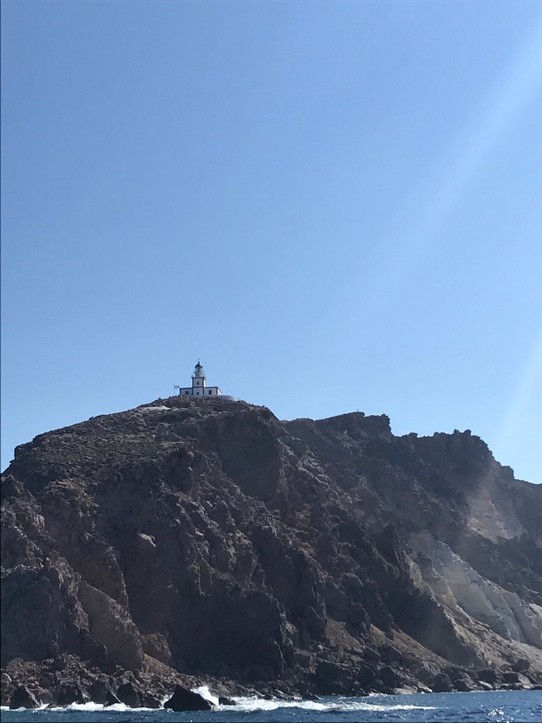 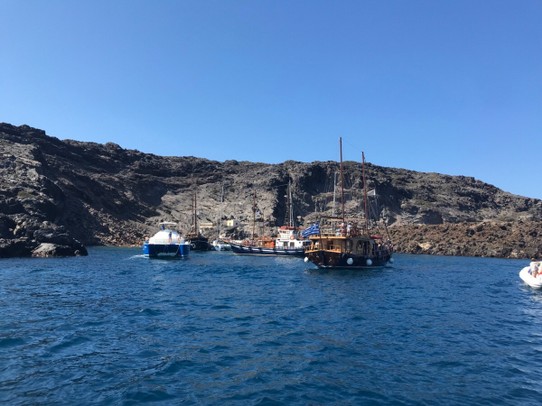 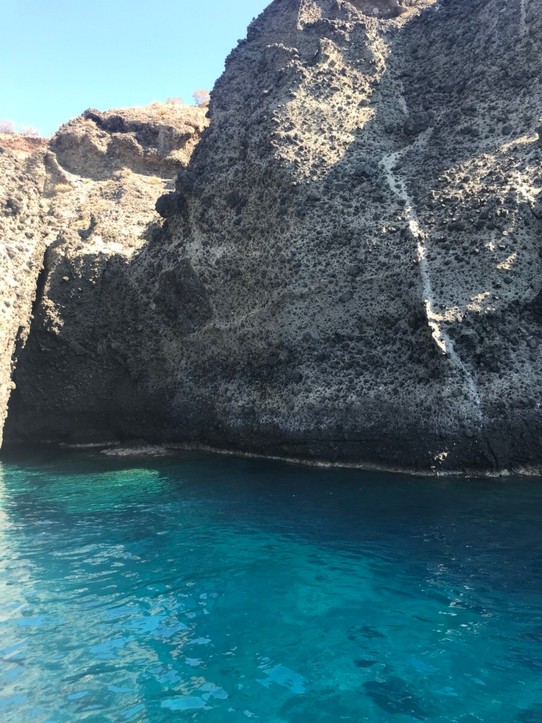 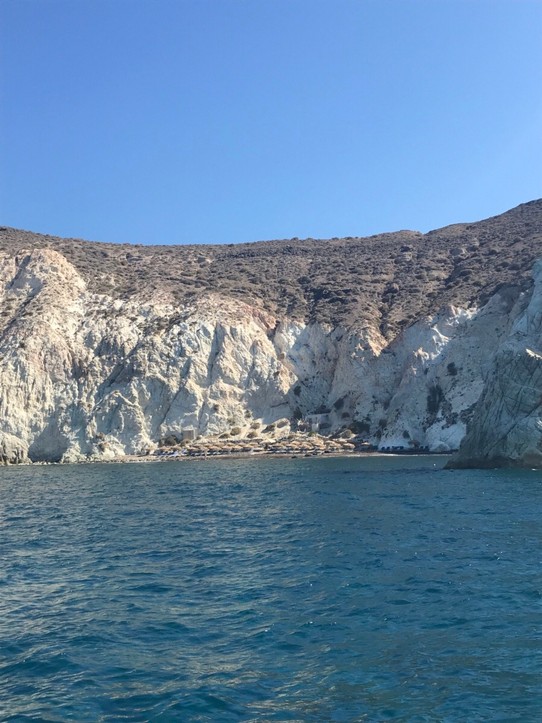 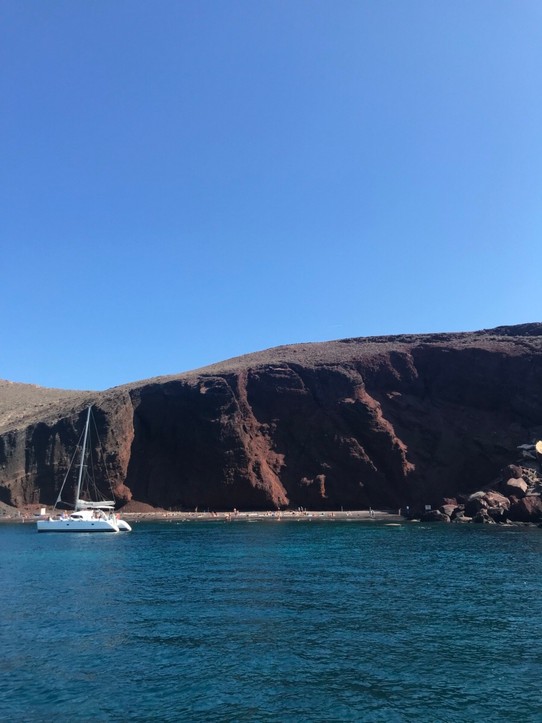 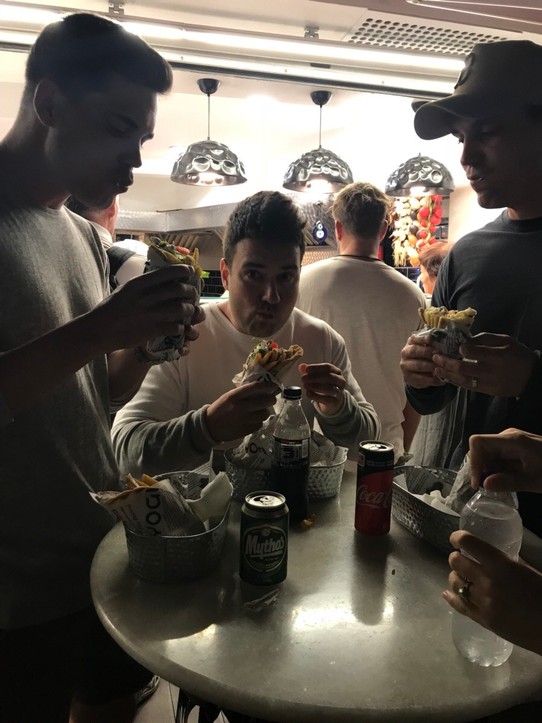 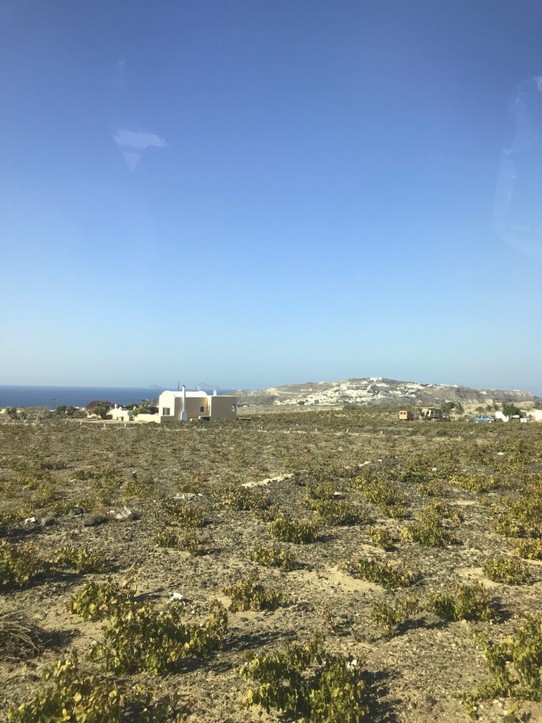