We rolled out of bed and had a lazy morning with no set time to be up. Each couple were going to do their own thing and meet up at 12.

Matt and I went to pick up some things from the supermarket but they are closed on a Sunday. We had to head into Fira town to pick up our goodies and then we lazed by the pool. The others joined us at the pool for a little R&R before our afternoon plans.

As we had such a luxurious day yesterday being rich and famous on the yacht we decided to have a cheap day. We had initially wanted to do a wine tour but after seeing the Santorini Vineyards we decided to make our own wine tour. Each couple had to buy a bottle and snack and make a story up about their wines. We have such a lovely front balcony at the hotel, it was our spot for the first part of our wine tour. We started off with our bottle first which we decided was from a family vineyard in Athens dating back 300 years. It was light and fruity and great to be paired with seafood and poultry. It was the winner of the day. Also, the cheapest of the day. We moved to the balcony at the back of the hotel when the sun got too hot for our second stop on our homemade wine tour. Nicole and Mike bought a red and somehow it has lasted generations as it’s from Zeus personal stock who gifted it to his great great great great.. many times great grandson George Clooney. There were some enjoyable embellishments from Nic. It was a pity that nobody enjoyed the wine and was a shame being the most expensive of the day. Elisa and Huby had a white wine which they named Kalinera and it was a little too sweet for everyone’s palate but I highly rated it.

We were in a little rush to finish our wine tour as Huby and Elisa wanted to watch F1 at Murphy’s Bar. Nicole, Matt and I finished our wines and headed there after them, we weren’t trying very hard to make it there. We sat there for a mind-numbing 45 minutes before the four of us headed to another bar to drink. Huby and Elisa met up with us after it finished. I’m pretty sure people would have gotten pregnant from sitting on the toilets in that pub. It was filthy. Nicole had to endure the toilets down in the basement and needed a shower after her ordeal.

We wanted to have the views of the sunset overlooking the caldera one more night before we left and so we had planned on some cocktails at a bar but all the prices were outrageous so we just looked over the edge and settled on Italian on our way back to our hotel. We had an early night as we have another 4am start heading back to Athens to make our connecting flight to Dubrovnik.

We made our sad farewell’s to panda and wished her all the best in her cat life.

Looking forward to seeing Croatia and the Erceg side history. 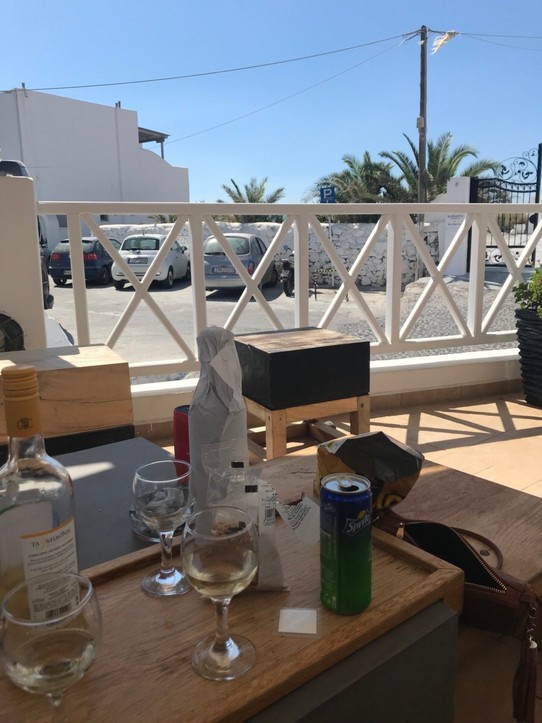 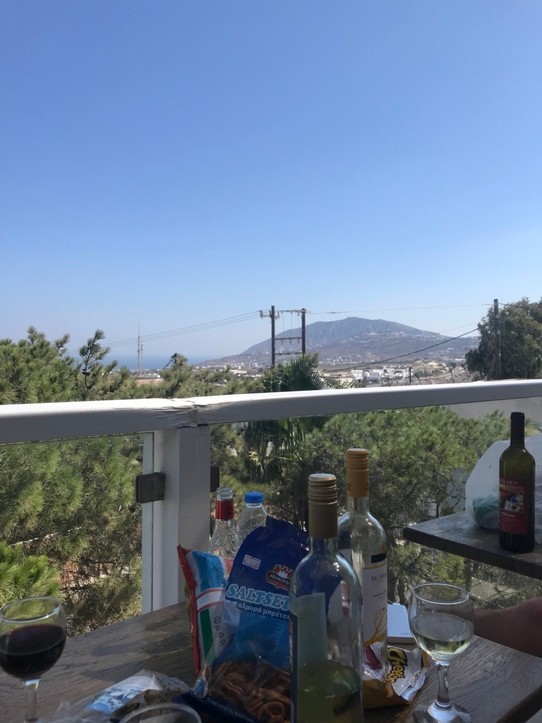 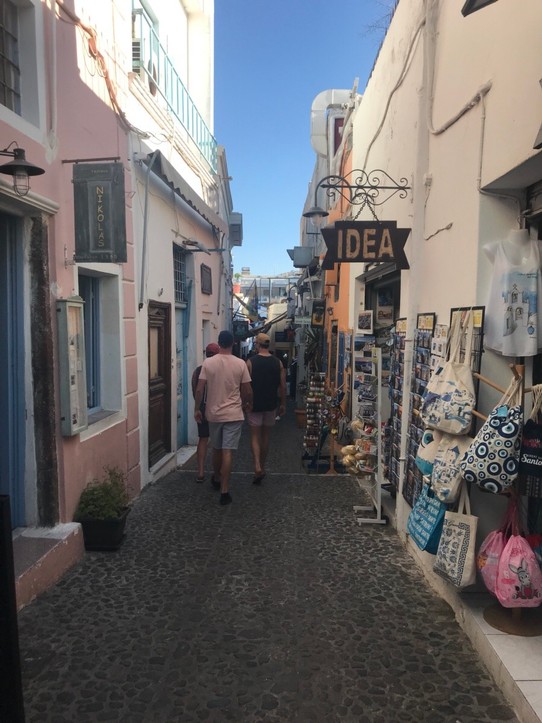 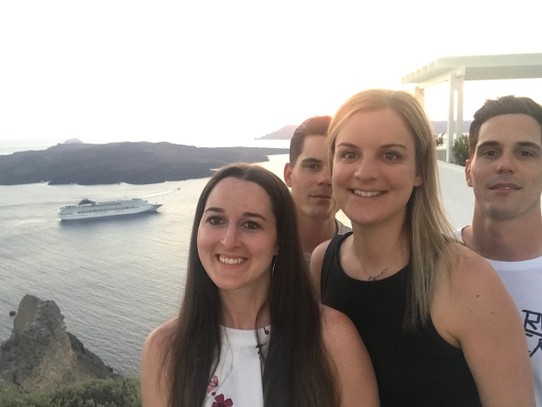 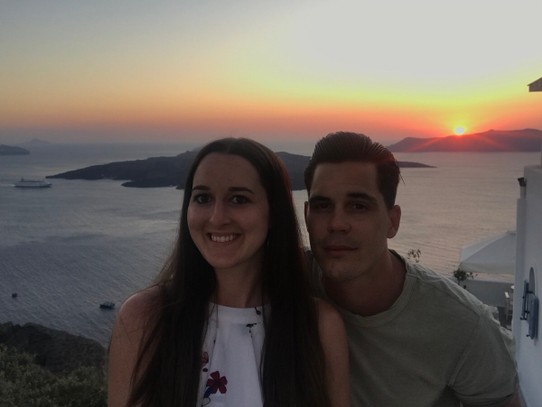 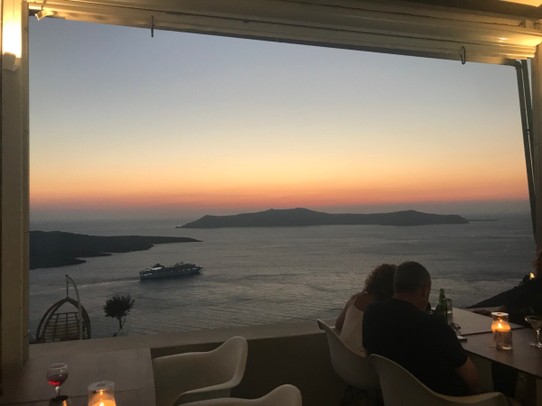 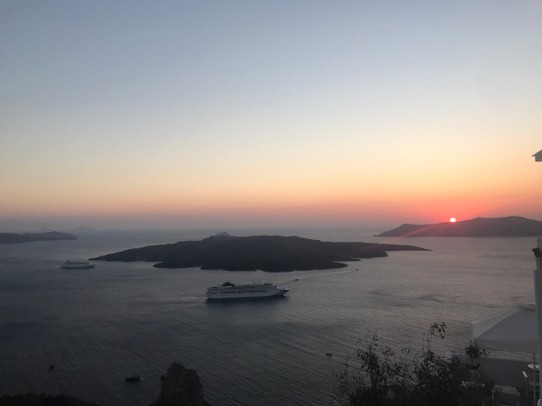