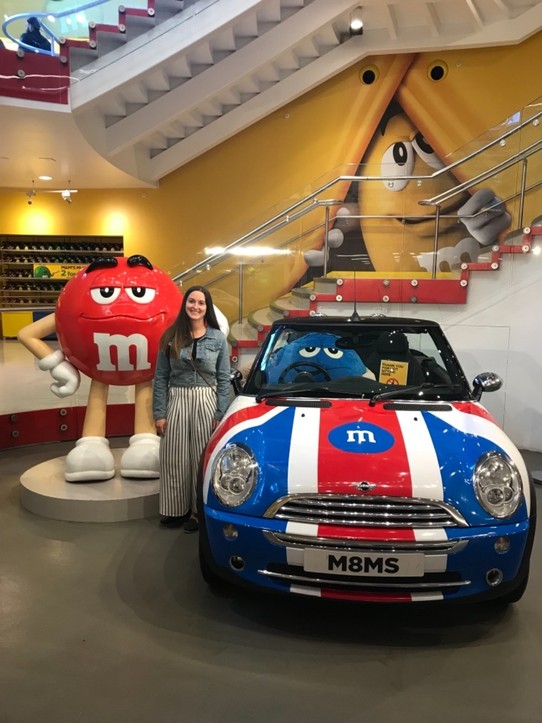 Our night wasn’t too bad considering we are in a hostel. I woke up earlier than I have been getting up lately and caught up on my blog. We met up with Cam and Mike at 9:15am for some coffee and then strolled around Leicester Square. Mike headed back to wake up Nic and have some brekky with the other two.

We went through the M&M store and then headed off to Buckingham Palace for the changing of the guards parade. There were so many people and film crews we thought there might have been an event on but it just really was a crowd for the changing of the guards. We found a good spot along the barricaded street and saw some close up action but the second half was done on the other side to us so we ventured there and saw the band and marching orders within Buckingham Palace. We left after 30minutes of the show as it was nearing the end and we had a big day planned.

Once we had our fill we then went to our next spot for the day the Tower of London. The sky was clear but when you are so close to the River Thames it has a nice cold breeze to it. On Tower Hill we found a smokehouse that was doing a lunch special for £10. It had chicken, slow cooked pork and ribs with chips and slaw. We all couldn’t pass up the deal so we gorged ourselves and then bought our tickets for the exhibit.

We had an hour tour with one of the Yeomen Warders of Her Majesty's Royal Palace and Fortress the Tower of London, and Members of the Sovereign's Body Guard of the Yeoman Guard Extraordinary also known as Beefeaters as it’s quite a long name. I now have more appreciation for the Gin. We learnt many more things about the monarchs and history of the castle. The castle was originally built in 1066 and took 20 years to build. William the Conquerer commissioned the castle and the monarchy used it for over 500 years. They had added on other buildings and kept up with renovations but there are still many lasting artifacts there. I got to see where Anne Boleyn is buried in the Church of St Peter ad Vincula and I can’t tell you how exciting and amazing I thought it was. I love Tudor and the Monarchy history. Our warden was very funny and after the tour ended we saw the torture chambers and Crown Jewels. The prison cells were under renovation so we weren’t able to go there. There was only 7 executions that actually happened in the Tower of London which I was surprised as I thought it was notorious for beheadings but all the beheadings actually happened a little further north of the castle on Tower Hill. There are 135 people living within the walls today, which is generally the wardens and their families and the Constable of the Tower. With our heads fulls of knowledgeable facts we walked back to the hostel and relaxed for a little bit before we headed to dinner with the others. I had to make a stop for some hot chocolate as I was walked out and had a headache from the cold. The temperate drops quickly.

We went to the local pub on the corner of our street for some drinks and then headed to dinner. We had Japanese which was cheap and the meals were huge.

Elisa has finally succumbed to the sickness too. Our motto now is ‘If you haven’t been sick, have you even been to Europe’. Huby and her went home to rest after dinner and the five of us went into Chinatown to find a hidden speakeasy bar called Opium. We met a security guard downstairs and then walked up and up and up and up and finally got to the bar. It was a very fun vibe inside with candles and lanterns and good music. They had special cocktails for the zodiac of your year. Nicole got her rabbit cocktail as it actually appealed to her and Mike cheated and got her year too. I wasn’t set on my Snake cocktail as it had absinthe so I went with a wine. The boys got some beers with some infused tequila shots on the side. When we left the bar, most of the places around us were closed. We then all walked home ready for the next day. 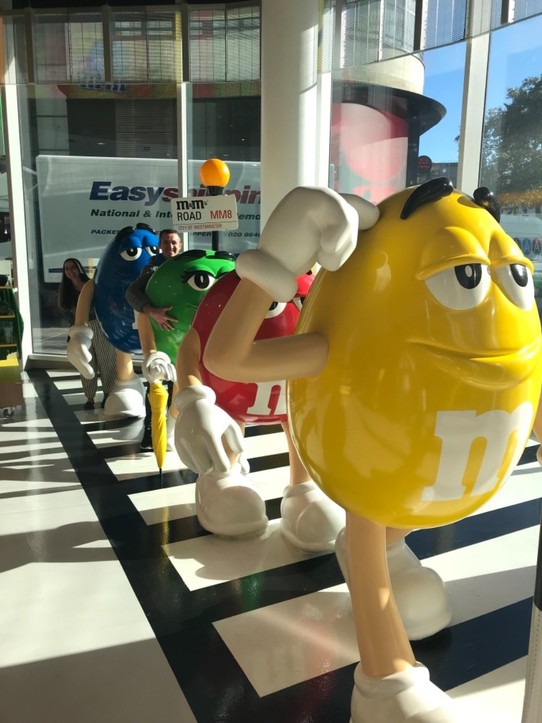 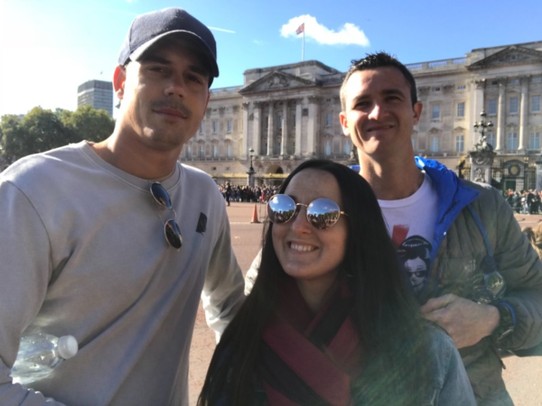 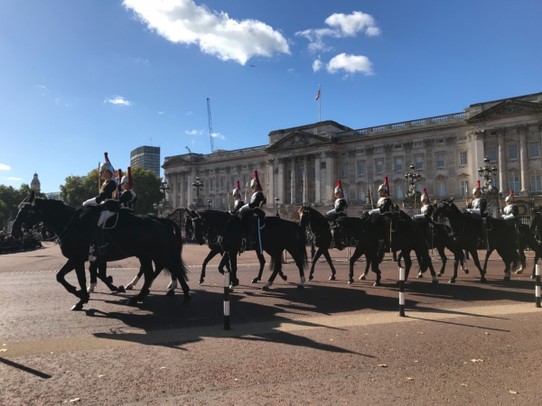 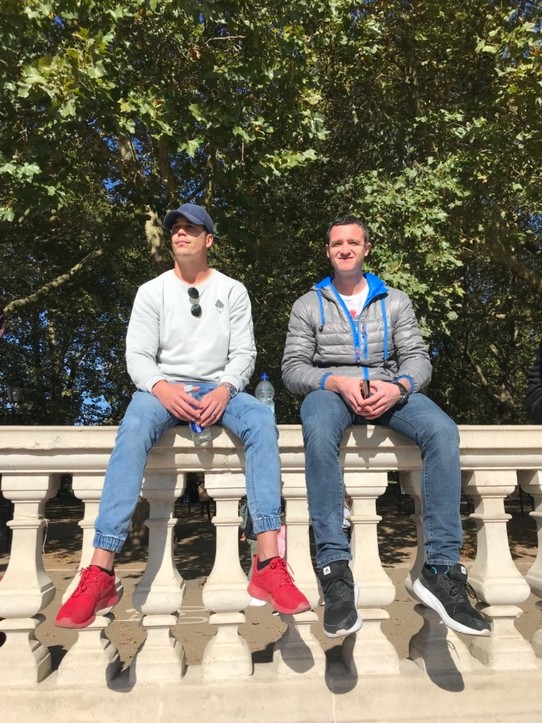 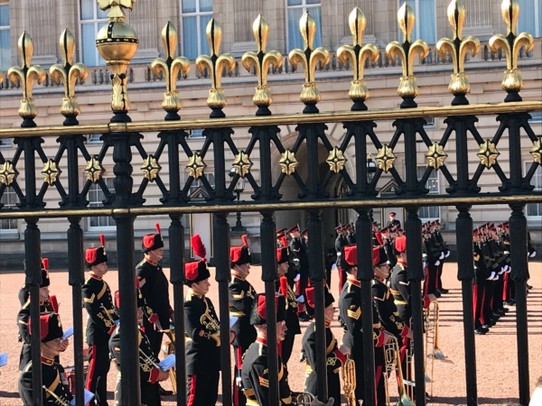 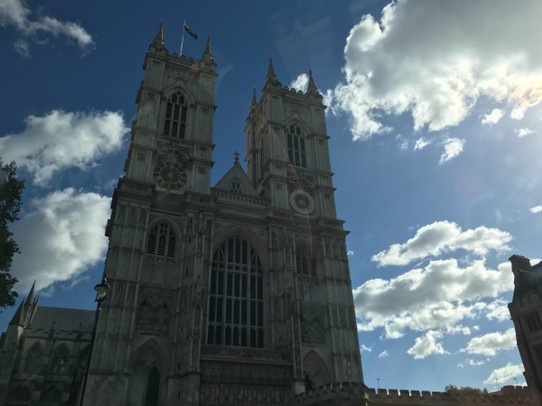 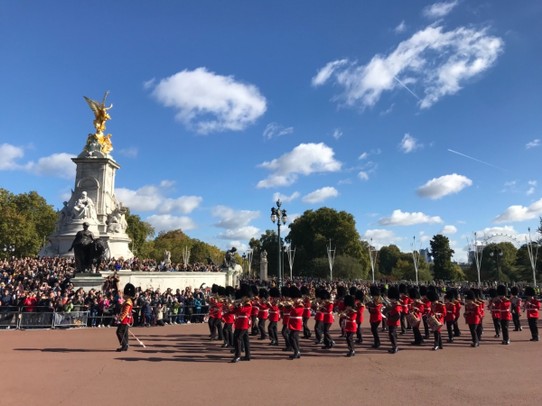 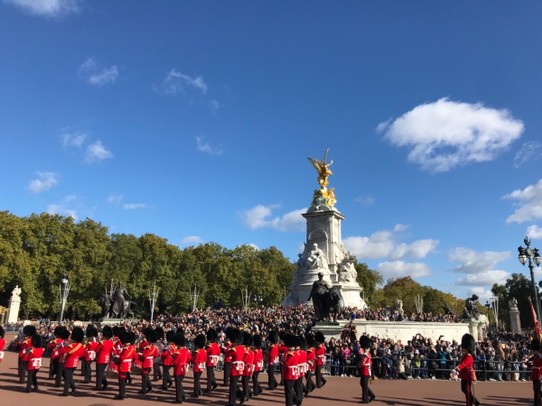 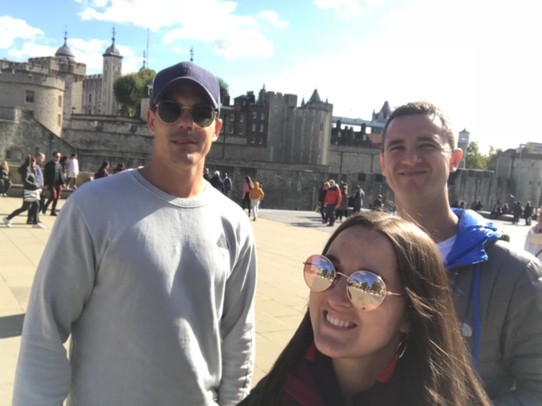 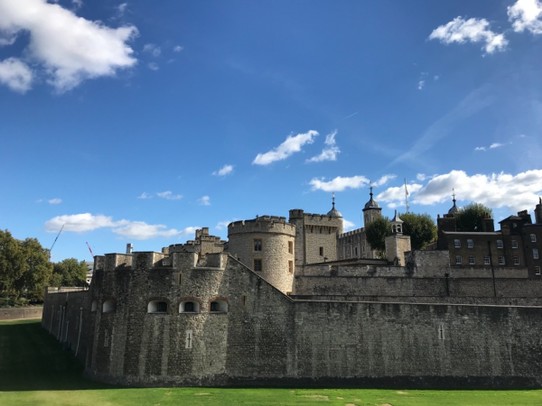 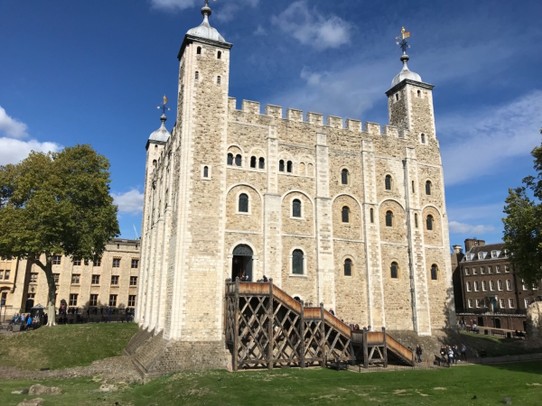 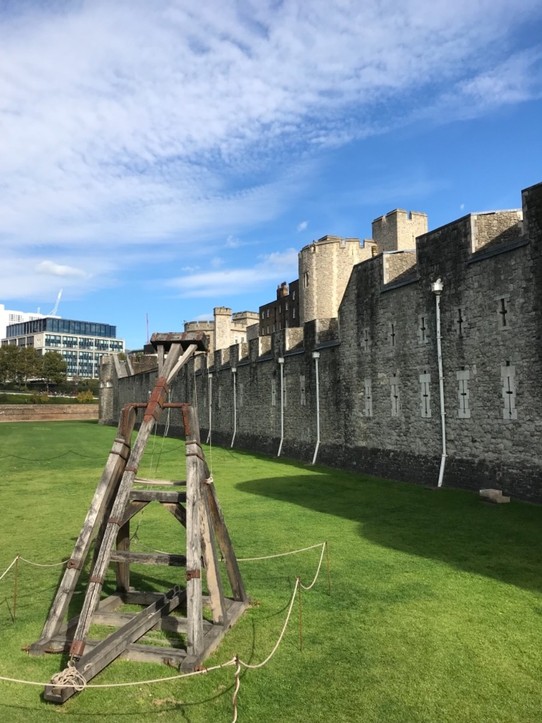 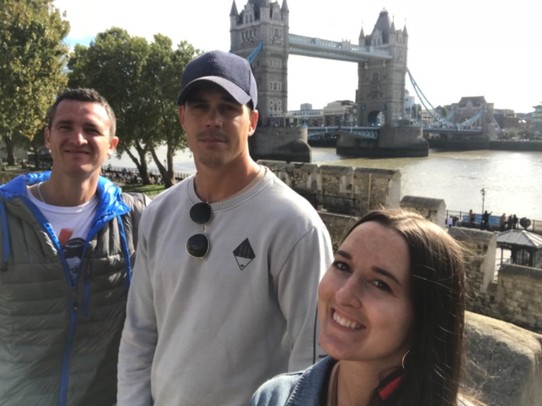 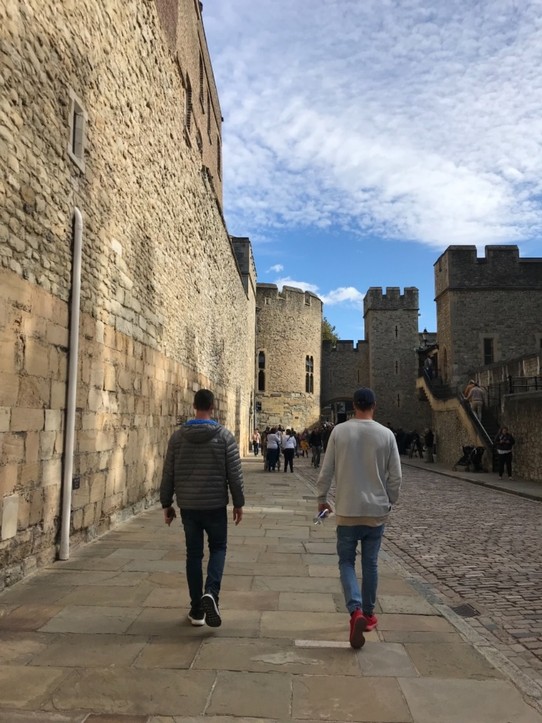 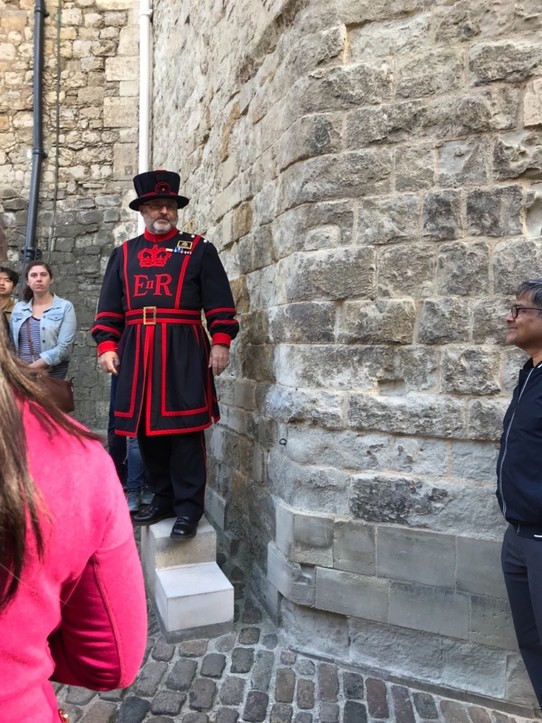 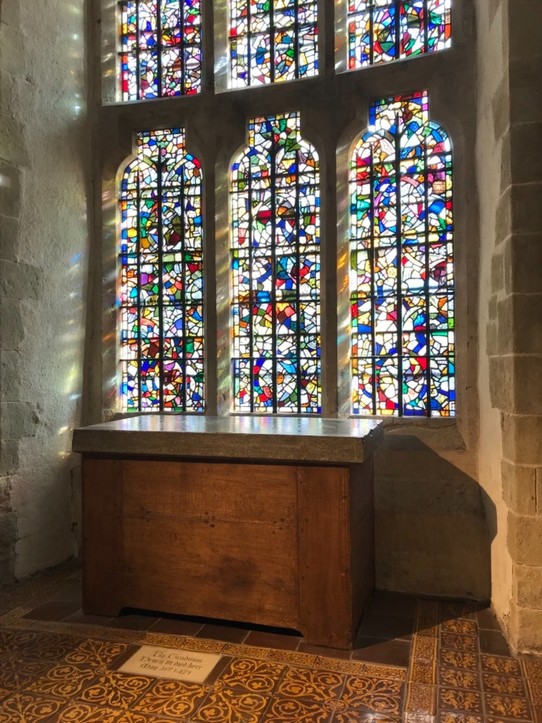 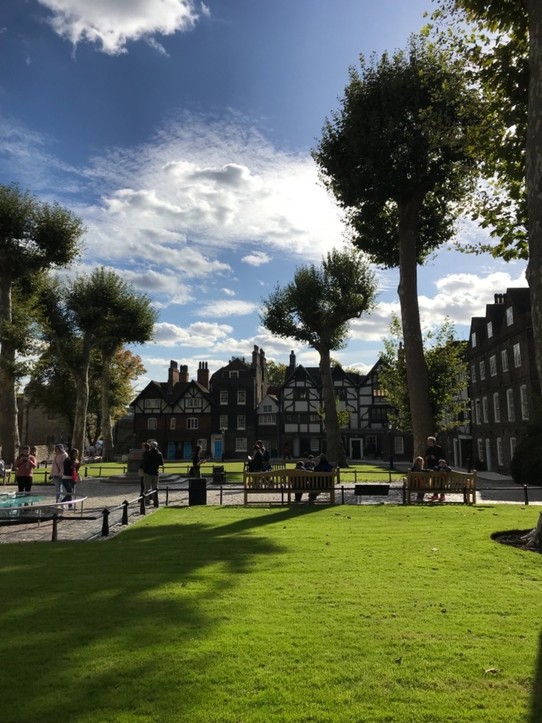 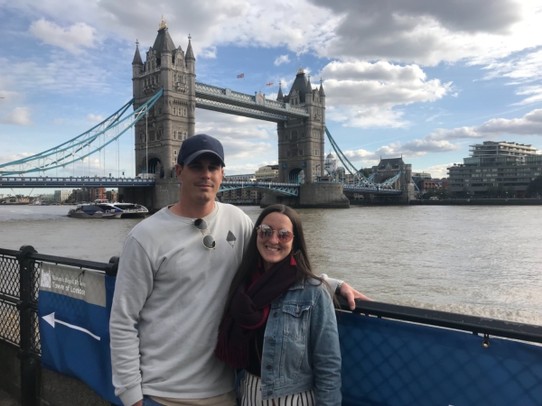