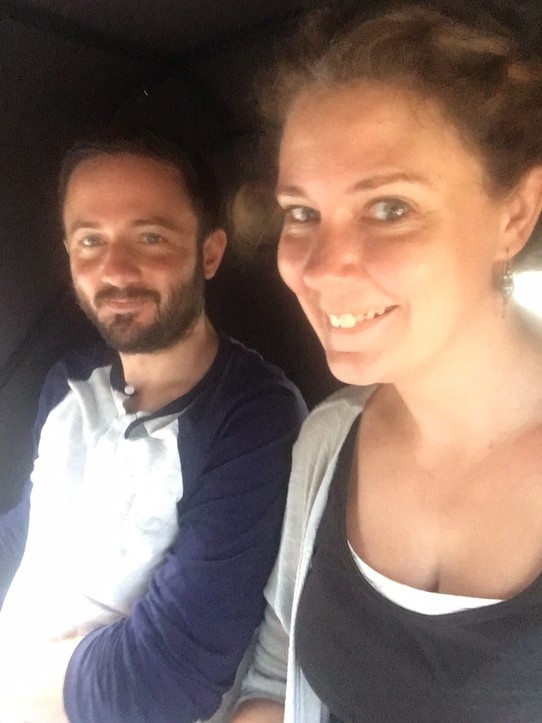 Wow.... this is going to be a long entry, so I apologise in advance!!

After going to bed early, a mother of all thunderstorms decided to appear around midnight and rumbled around for at least 2 hours..... this was not ideal for the 4am wake up call.....

The call did not come as a shock as we were both only really dosing by this point anyway. We had packed the night before so it was a case of get up and go.... although with it still being so dark we both forgot our sunglasses ..... not ideal!!

We gathered our lunch and breakfast boxes from reception and waited for our driver. The guy that came bounding over to us asked if we were in room 601 (we are 603) and then looked very confused when we said no but we were waiting to go see the whales. After a few calls to the office and a talk to reception to find there is no one on 601 he decided it must be us. In the car I enquired as to the order we would do things in..... the fort, the turtles, the whales and again he seemed quite confused. He said we could go if we liked...... errrr this was all included in the price of the trip!? Whales was our first stop and he phoned the office, whilst we were on the boat to confirm the other confusion!!

We pulled over on the side of the road at 6am at the entrance to a hotel where we were told a tuktuk would be along shortly to take us to the boat. We seemed very abandoned at this point and missed Kingsley very much!!

After a pastry and a tuna sandwich from out breakfast pack up, we were in a little blue tuktuk heading for the harbour. The driver reassuringly had a bottle of vodka in his bottle holder!!! Through a fish market (🤢) to our boat took around 5 mins so it was not too much of a wacky races style ride. The boat must have seated around 200 people of which 80% were Japanese or Korean. Wearing stylish life jackets we were on our way, James with a cup of tea in hand. We floated our way to an area where lots of watching boats were congregated but there was nothing there to see, so we headed further out to sea. The water was quite choppy and a lot of spray soaked my self and james ..... one of the crew then called us to the front of the boat..... whales had been spotted.... they were a way off but you could def see the slashes as they played and rolled..... these were orcas. We stayed at the front of the boat got drenched head to toe before deciding it was best to head back inside to dry off a little as we had no spare clothes with us. Just as we were about dry, the boat followed a fisherman’s tip and we were zooming parallel to the coast..... 2 blue whales, straight passed the front of the boat. At last, a sighting that was worthy of the 5 hours on the boat.

On arrival back at shore we had to find the same tuktuk man..... he had changed T-shirt but we both had separately also remembered his number plate so found him with relative ease. Once back to the meeting point our guide seems much more friendly and the office had had another mix up but now we were on track..... Galle fort, a moonstone mine and the hatchery.

As we arrived in Galle, we headed straight for the fort.... I had no idea it had a whole town inside of it!!

We ate lunch on the battlements overlooking the international cricket ground which of course was one of the highlights of james’ trip. Inside each box, there were 2 chicken breasts, some vegetable and a pasta salad as well as water, juice and fruit..... crazy amount of food! We then walked around the walls of the fort with lots of locals going about their daily business.... homework, picnics, romantic encounters.... there was also an old man begging with tsunami stories....

Next on our tour was the moonstone mine, where men go down as far as 45m underground to dig for the gem stone seams..... little wooden shafts with a pump to clear out the ground water from filling the mine ..... no thank you!!! Now I’m not sure if moonstone is expensive back home but to our untrained eye looked a little like glass beads..... the prices looked like they should be in rupees when in fact they were in US dollars ($1-170rps!!!!!)
This was way out of our league!!!

So now to the place I’d been excited about since Kingsley told us about it..... the hatchery..... devastated by the tsunami the now old guy had rebuilt it into a small hatchery that pays fishermen for the eggs to prevent them from eating them instead. The had a selection of eggs from the 5 different types of turtle in Sri Lanka. Mainly green turtles. There was a tank of 5 day old ones.... mainly boys as 95% hatch as male..... the females they keep until they are much older before releasing so they have a much better chance of relaying. The eldest being Julia who was nearly 10.... she will be released once she is. They also had deformed turtle who would not survive in the wild with jumps on their shells, ones which were born with no eye and ones missing fins due to fishing with nets. There was also an albino that was one in 2 million! We held a sizeable green turtle that was surprisingly heavy but beautiful all the same..... how people killed them for their shells I will never know.

He showed us pictures of the guy who started the project when he was 20, an old gentleman now and asked if we would like release some baby turtles we could for a small donation. He asked for 2-3000, we of course gave him 5000 rps (just over £20) we were about an hr early as there is more of a chance them surviving at night.....

To kill an hr our guide took us to a local cafe where James ordered a ginger beer in an attempt to find Kingsley’s elephant house ginger beer but alas it was just lion gb!!! Not to worry, tea made up for it. We talked to sanath about his family and he is training to become a lawyer in the next few years. We showed him pictures of family and our house in Hockering last Christmas as he was interested in the way of life back home.

At 6 we returned to the hatchery to release our turtles. He actually put 10 in a bucket..... we walked the 200m to the beach and waited a few moments for the sun to drop a little lower and then picked our 2...... James’ one zoomed off but mine was a little more tentative and was actually the last of all them to get there.

We released all of them in the bucket in the end, it was actually quite emotional but one of the more memorable things I have ever done. Just keep swimming little dudes!!!

Back at the hotel, we got ready for dinner and ate pretty swiftly as the 18hr day was catching up with us. We slept like logs!!! 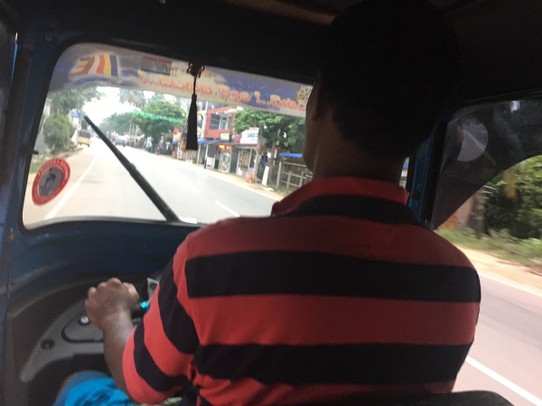 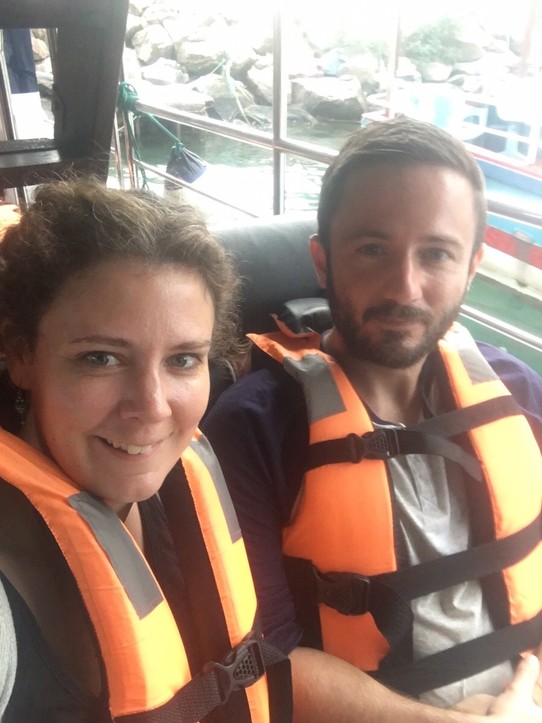 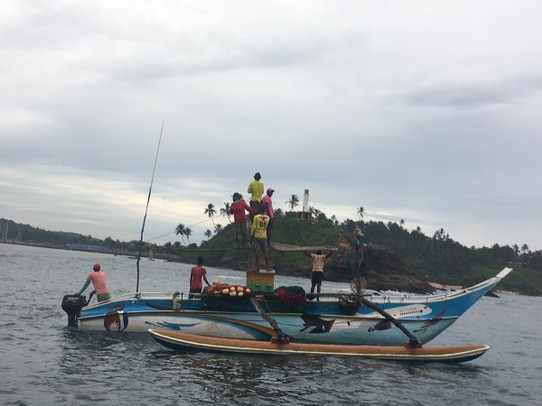 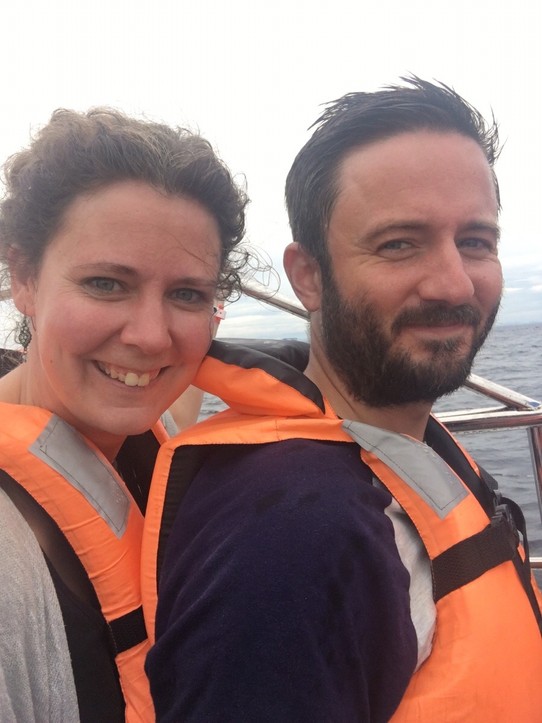 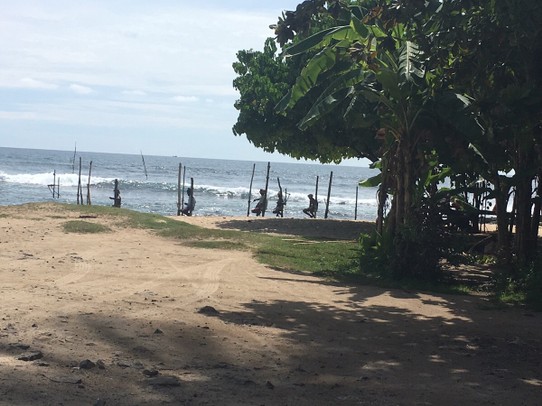 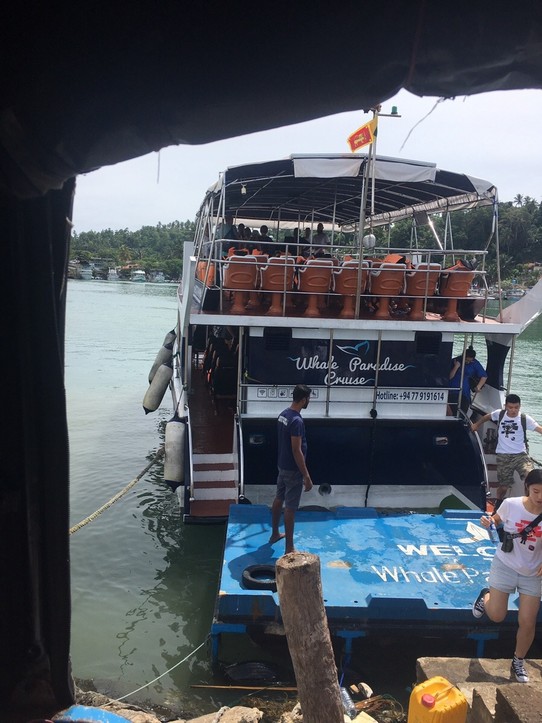 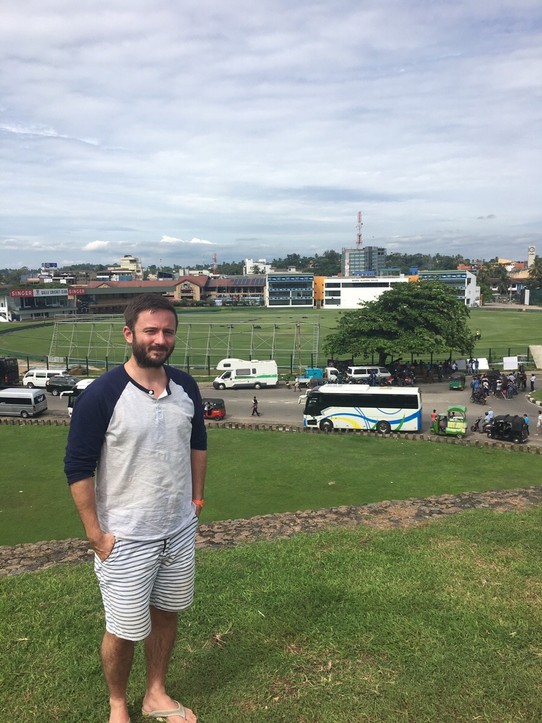 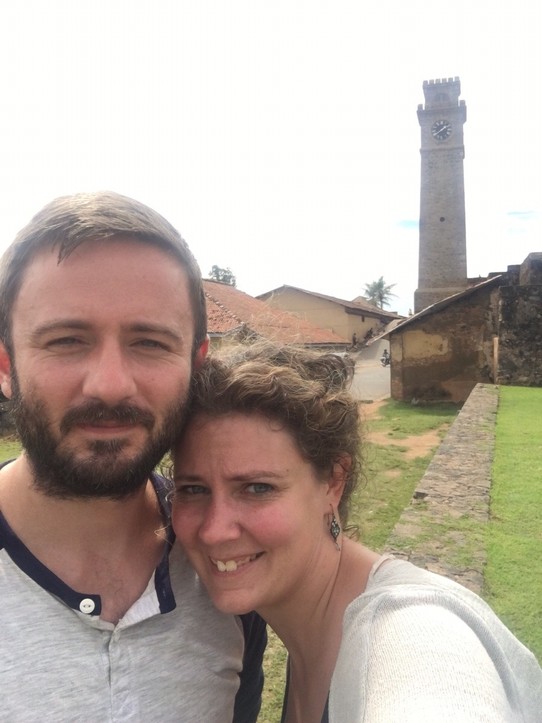 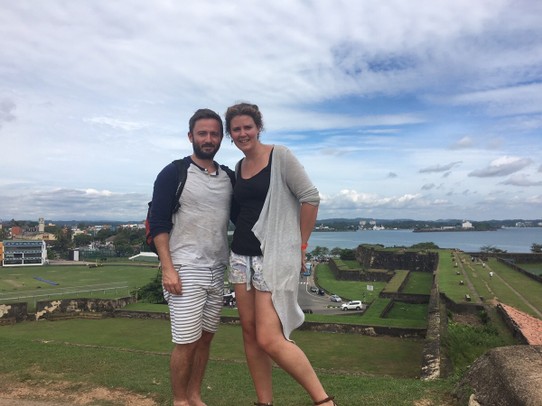 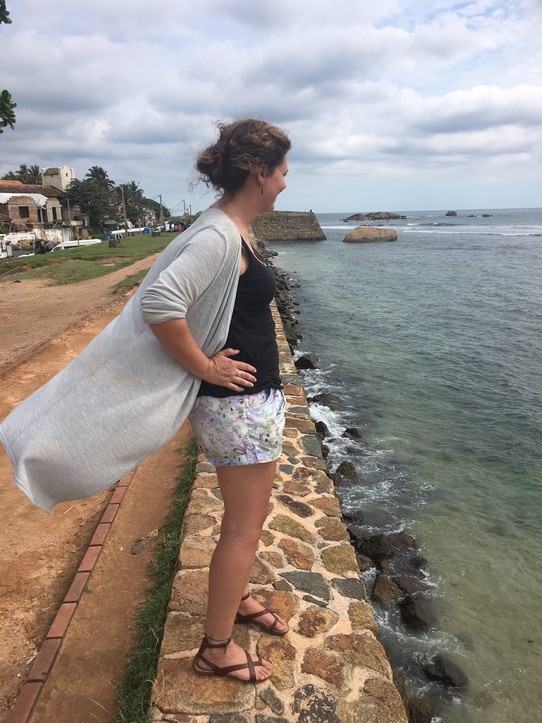 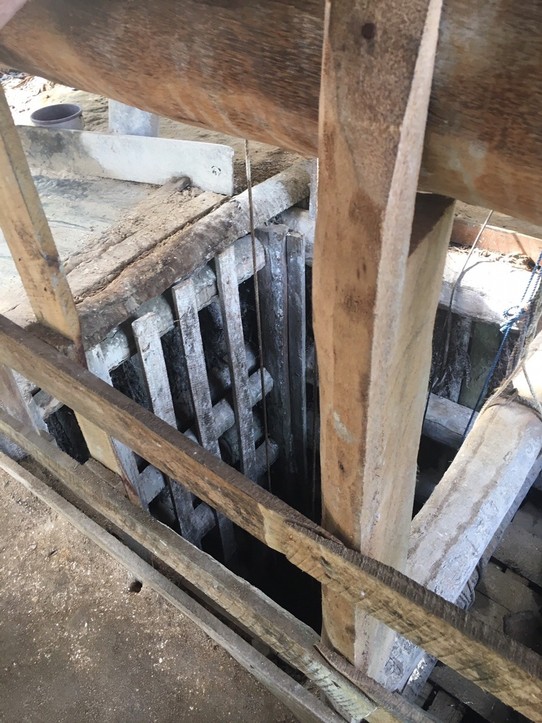 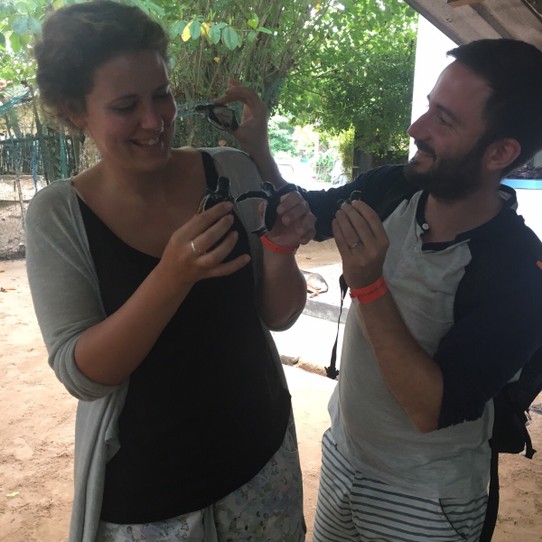 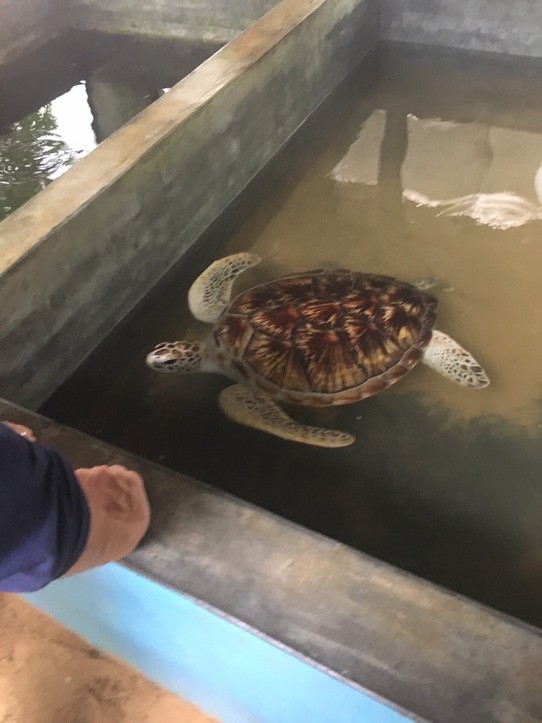 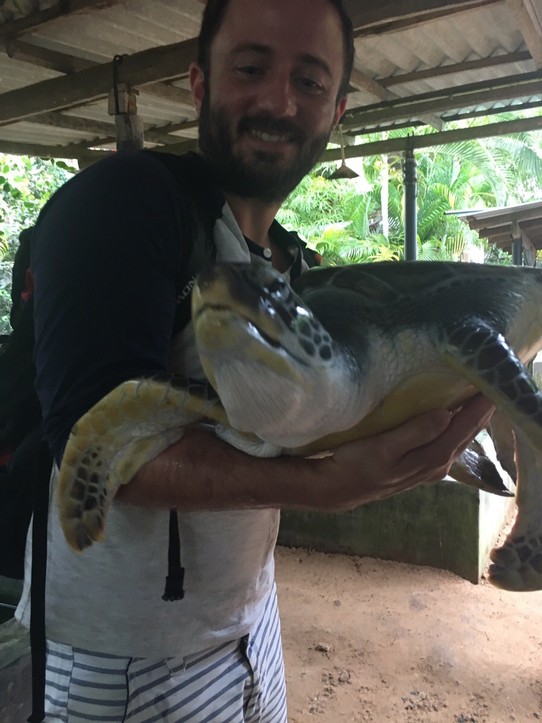 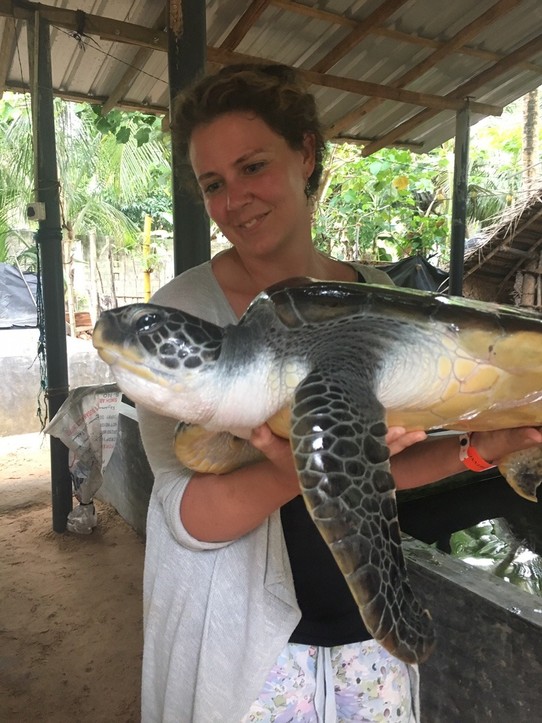 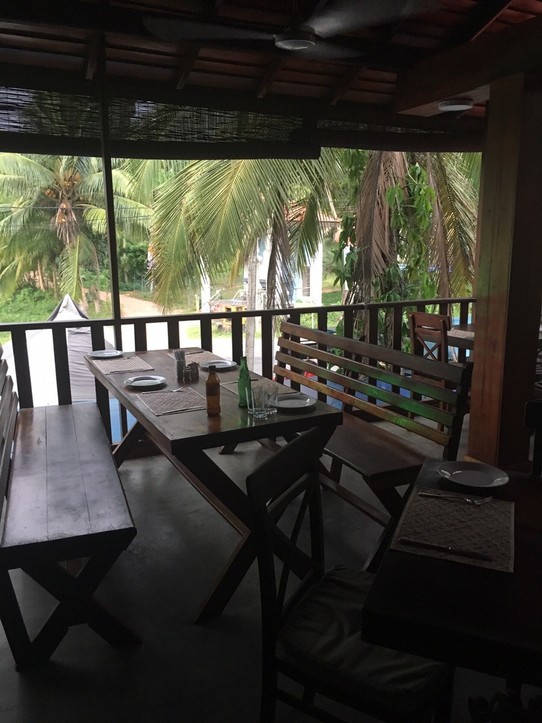 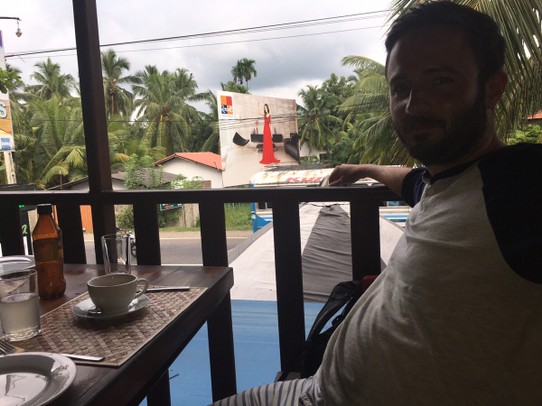 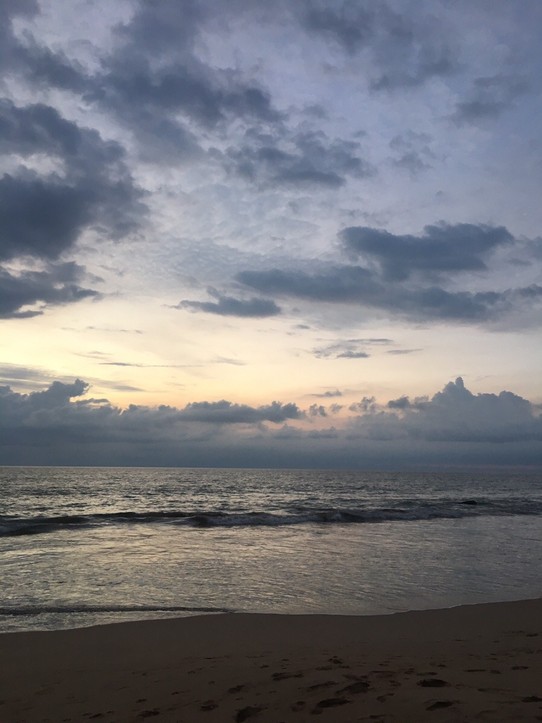 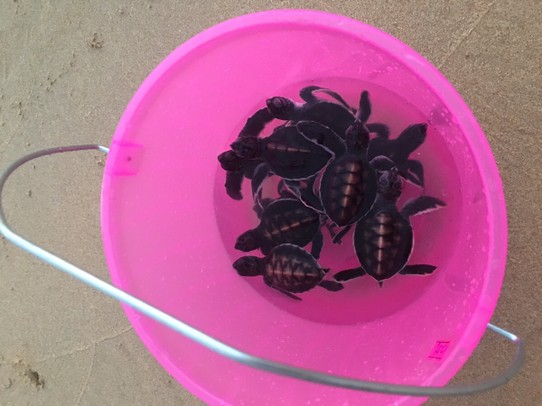 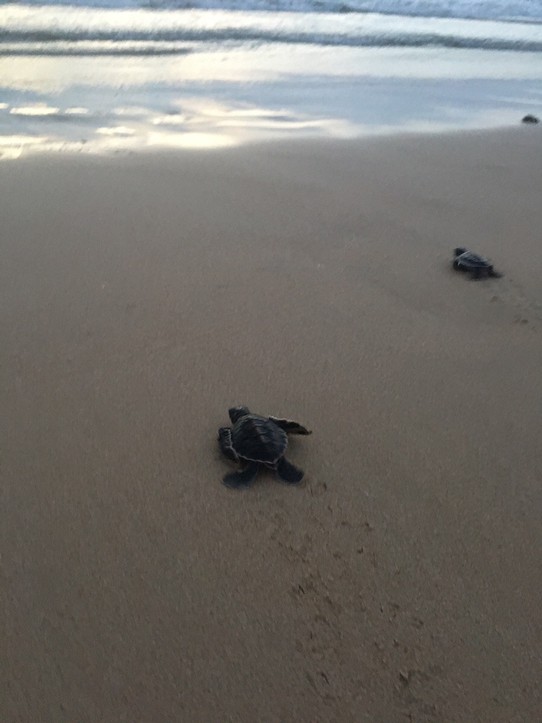 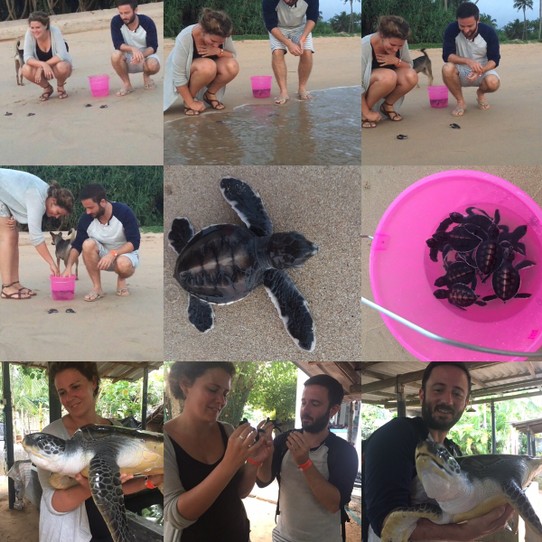