The day started with breakfast in a different location ..... not sure how we felt about this, but I was most pleasant and equally ridiculous amount of food. I think there was potentially a conference going on which required teas etc to be in the normal area.

We sat by the pool and had a swim until it was time for our massage. The spa was hidden away around the back of the hotel so it was quite an adventure to find..... we had some detox tea and then got taken to the treatment room where we were asked to remove everything and put on some disposable pants.... they were hilarious. The massage was lovely and relaxing apart from a runny nose from my aircon cold. After an hour of pampering we headed back to the poolside for some lunchy

The guy was working hard for his tip as he told us he had the weekend off..... we had flowers and a note to set the scene of the table!! Hilarious!! It worked though as we couldn’t not tip him as he has been lovely and hilarious all week.

After this we walked up the road for some tat shopping - only one pair of Nellie trousers!! And then headed back for some late sun..... and a storm 30mins later!! Haha!! Finding Dori was on HBO though so that entertained me until dinner time. We returned to the hotrocks restaurant as it was too rainy still for the roof top mez.... we donned our snazzy hats again and cooked our special chicken for tea!!! 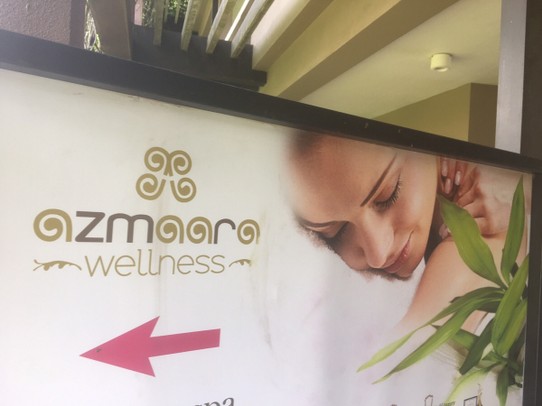 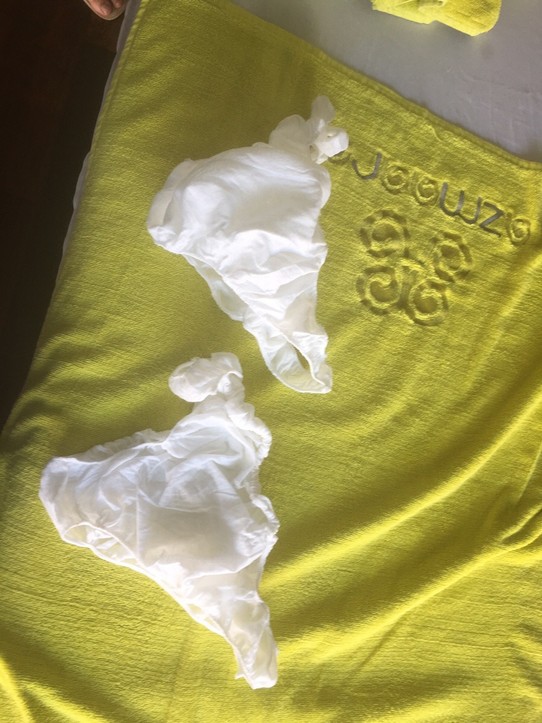 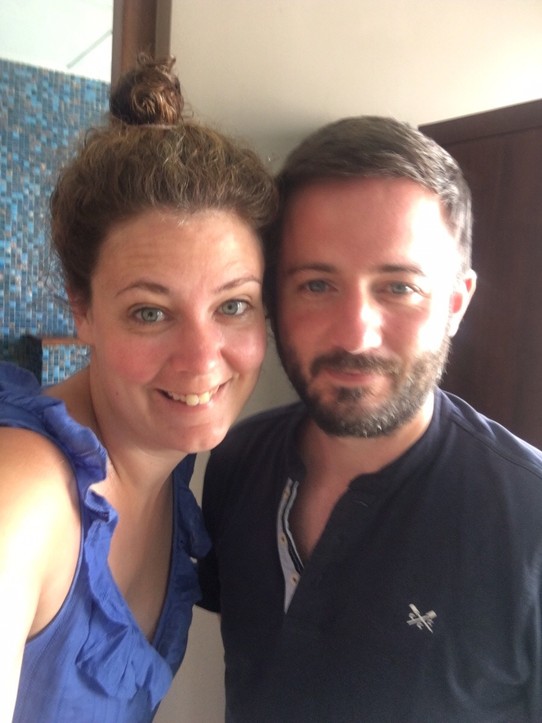 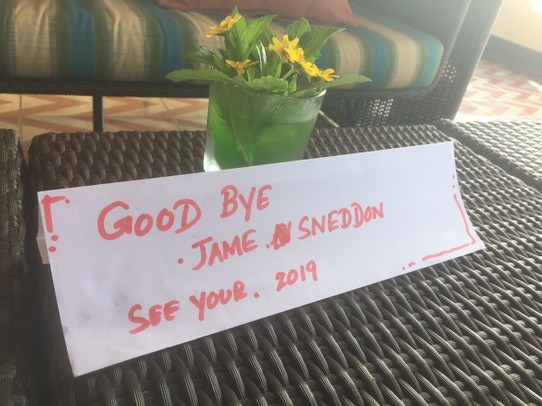 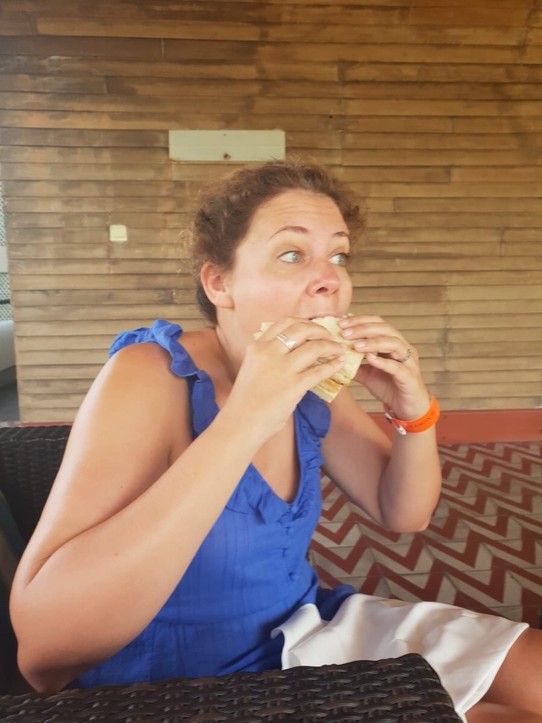 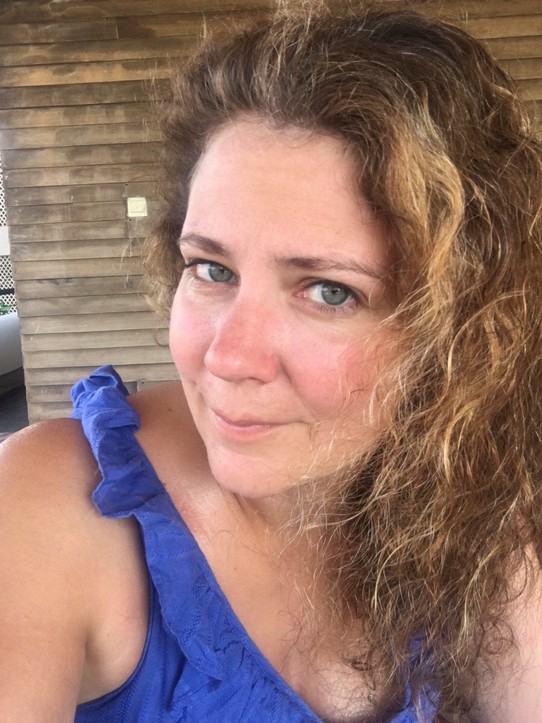 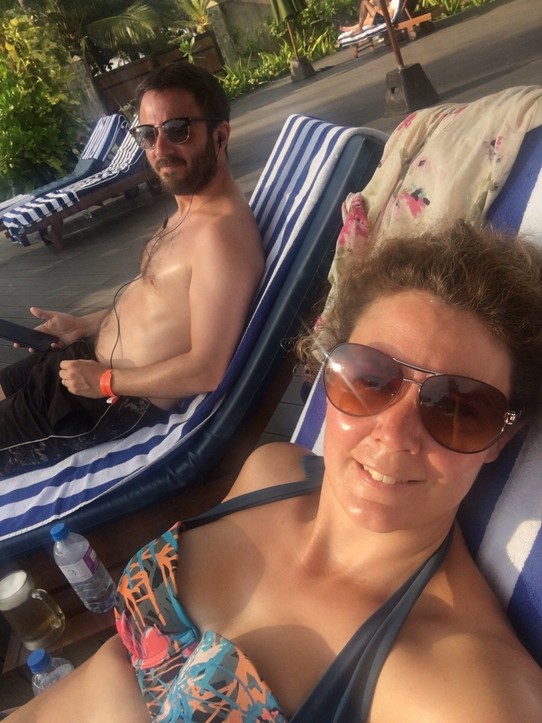 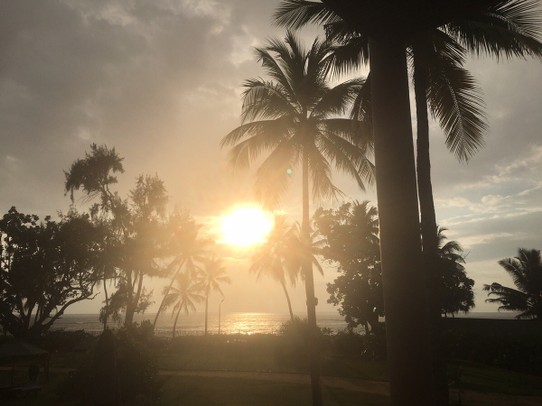 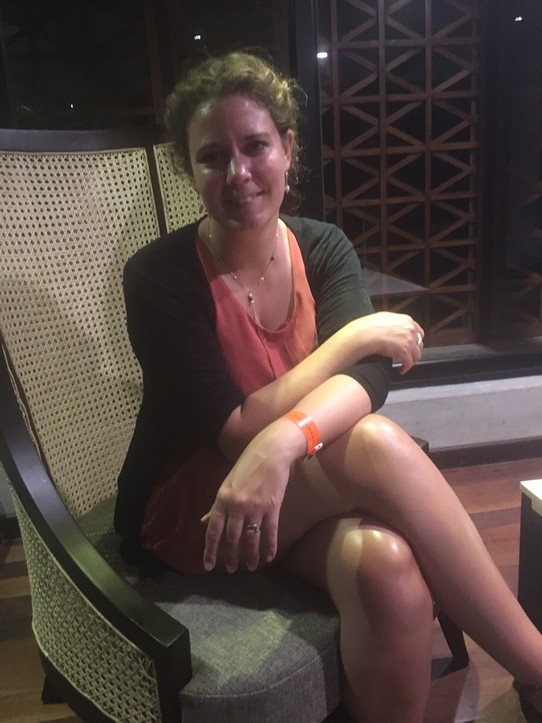 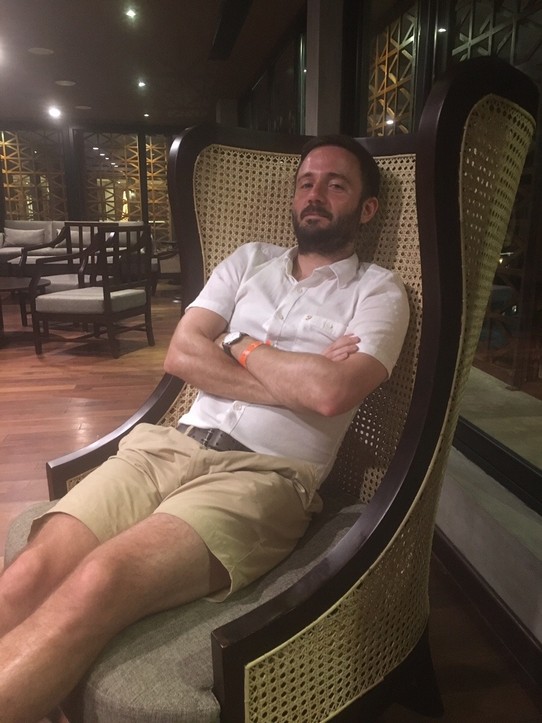