London - we made it!

Evidence we made it
We made it.

In a very low-key way, we got off our Eurostar and touched the hallowed English soil.

Whilst we will be travelling around England and leaving from Scotland a month later, I see London as the final stop on our Beijing-London overland trip.

England is different. We will be seeing family and friends.

Whilst it has been a bit tiring looking after ourselves, and I think it is safe to say we are probably a bit sick of each other's company and chat for the time being (it will be good to chat to other people!!) we have successfully negotiated this trip, and it has been relatively easy:

- The RDZ (the Russian railways website) is so easy to use and book trains through, you just need to register and you are good to go - it is all in English and local times.

- Having a SIM card and internet access has been great and made navigation so much easier than having to use Lonely Planet maps which are often lacking.

- Google translate (offline download) has been invaluable for instant translations of the menus and conversations on the trains.

- Having photos on our phones of our lives. Every time we met someone on a train after a while it was easy to show pictures of our lives, i.e. what winter looks like in Sydney vs Siberia. I am pleased that Luke had a picture of me feeding kangaroos!

Therefore after 3.5 months and approximately 15,500 km traveled overland from Beijing to London, via train, the odd bus and UAZ we have made it to England.

Thank you for reading (including those of you we don't know), I hope this part has been interesting.

I will sign off here until we get to Ecuador, our next country on this mammoth trip. 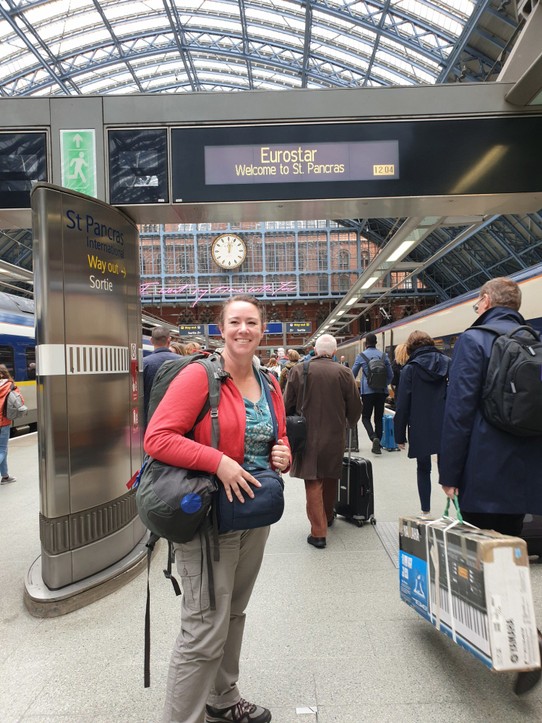 Me at St Pancras 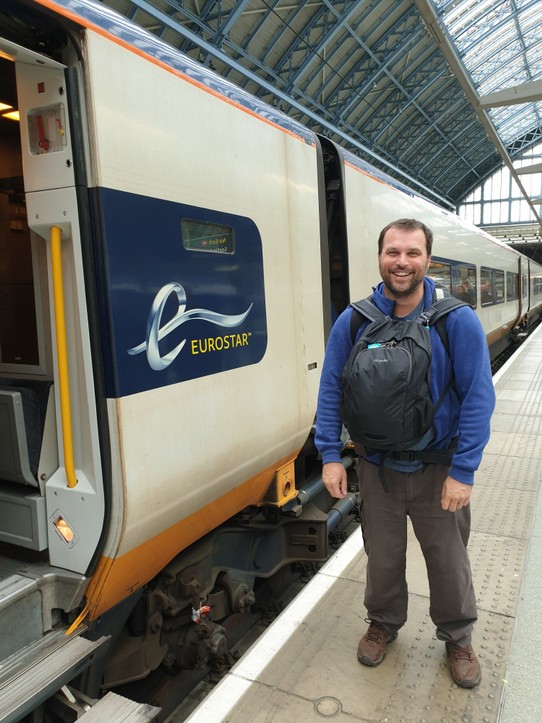