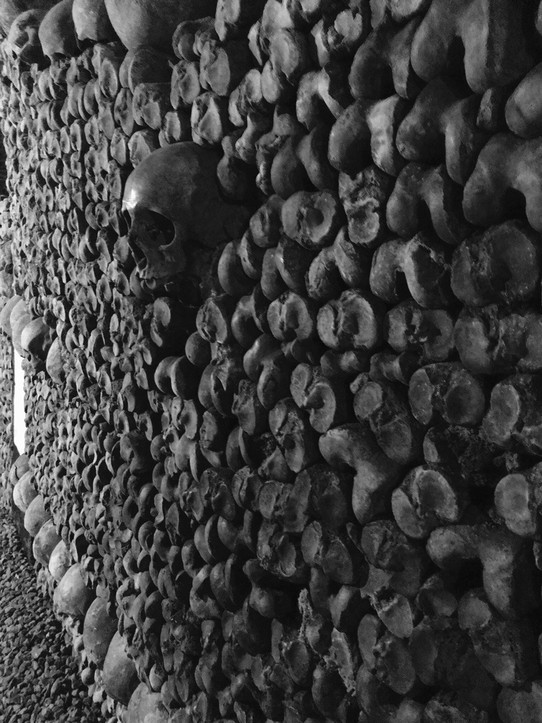 Our plans we made for dinner last night were not followed through. The two sleepyheads, Matt and Nicole needed some R&R. So they slept the night away.

I did not sleep well, a mixture of jet lag, heat and drunks. There must be a bar very close as I was hearing people sing and scream the night away. I wish I could upload videos as I recorded one drunk yelling and slurring and kicking doors along the way, up our street. The rooms don’t have air-con so you have to have the windows open or else it’s a furnace. So that didn’t help keeping the noise down.

We set off for breakfast at 8:30am after booking in our day activities. Parisians must love a sleep in. There wasn’t much open. We eventually found a fabulous little cafe and had our crepes, omelettes, croissants and baguettes. It seems like a consistent breakfast everywhere.

As some of your know our dear Nicole is not one for public transport. So not only did I get her onto one bus but two today. Leaps and bounds. €2 bus trips beat walking or taxis.

The Eiffel Tower was our first stop for the day. We decided to climb the steps to the second platform. 669 steps later and we nailed it. The panoramic view of Paris was amazing and worth suffering through my height fright. We took our snapshots and took the 669 steps down back to the beginning. We missed all the queues so that was a win. The Eiffel Tower was named after Gustave Eiffel but he had nothing to do with the design. It was just his engineering company who completed it. It took 2 years and was completed in 1889. Fun fact of the day, in summer it grows in height and in winter it shrinks. It also sways.

We had booked in a tour of the Catacombs at 1:30pm so we were cutting it fine and took a taxi there. Our taxi driver didn’t speak a lick of English. We were nervous of our destination as she kept saying Paris. A lot of head nodding and pretending we understood each other. With some helpful hints of pictures to our taxi driver we got there. I had been warned about the queues for the catacomb so we bought skip the line tickets and walked by all the plebs who had been waiting hours.

The catacombs are 20m underground so we walked the 130 steps down there. The staircase was so tiny we felt dizzy by the end. Nicole isn’t good with small spaces but she withstood it for the 2km of the tour. It was a day of conquering fears. We had an audio tour with our tickets. The Paris catacombs took its name after the Catacombs in Rome. There are approx 6 million people’s bones down there. The catacombs were created after an overflow of bodies and a few collapses of cemeteries, so there was health concerns and the smell of the bodies were too much. They just exhumed all the bodies at night and threw the bodies down a well. It took almost 14 months but bodies were still being removed years later. The area was originally mine shafts dated back to the 12th century that kept collapsing so the bones were used to steady it and create a museum like attraction. It opened in 1810 to the public and concerts were performed down there. Héricart de Thury made it very respectful but still a sense morbid fascination. There are stone pillars throughout with information about which cemetery the bones are from. There is only one headstone and it survived the French Revolution.

We had lunch near the catacombs and decided to head back to the hotel. Nic and I needed a power kip so we could last until our 11pm Moulin Rouge show. Matt went off exploring.

We took an Uber to Moulin Rouge as we were all dolled up and found a cafe that was recommended to me by my friend Sarah. Rouge Biz was directly across from the Moulin Rouge so we had a nice view and people watched. What I love about Paris is they have made people watching into everyday life. All the cafes have seats facing the street. You don’t sit across from each other, you sit next to each other watching the world go by. I love it.

We went into the show with about 20mins to spare and then queued up with no order. You were selected at random to go in different lines and bunch up. They didn’t have orders to the line to enter, they just chose at random so people after us got in before us. We had an attendee show us to our seats and THEY WERE RIGHT AT THE FRONT! Nicole and I were so excited and couldn’t believe our luck to be able to be so close. The boys grumbled about being so close. The show was everything I thought it would be. Glitz, glamour and so many boobies! I was not happy about the snake part of the show as we were that close and they were massive pythons. Now the ponies on the other hand, were welcomed! So cute. Nicole has this thing that she has to touch everything, I mean everything. So in the Louvre she touched the statues, in the catacombs she picked up a femur and then because we were so close to the stage, she had to touch one of the male performers shoes. Apparently he was asking for it as he winked at her. Well for the rest of the show he kept making eye contact with us. Let’s hope there are no Crown Jewels at the Palace of Versailles or she might end up in jail. The costumes were brilliant and so big and sparkly and over the top. I sure do like bling. With our tickets we bought champagne so we had two bottles through the show. I’m not really sure what was the theme of the show as we had pirates, a circus and then acts from the 1900s. I got my can can so I was thrilled. There are 60 performers in the troupe. The men I would say aren’t very talented and seemed bored but I guess they would be, we go to see the girls. I recommend to everyone to go see Féerie if they visit Paris.

Let’s hope I can sleep through the night. 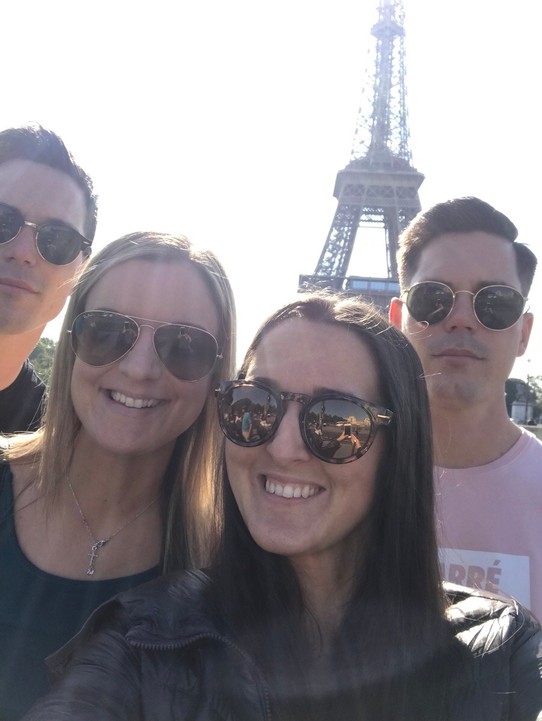 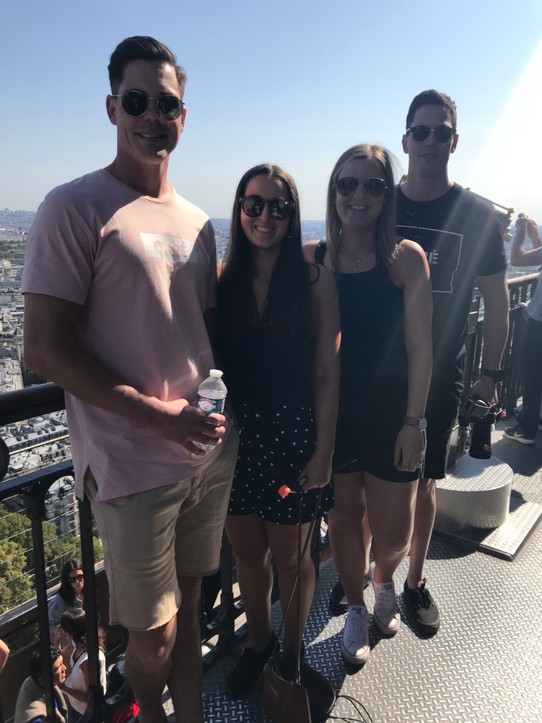 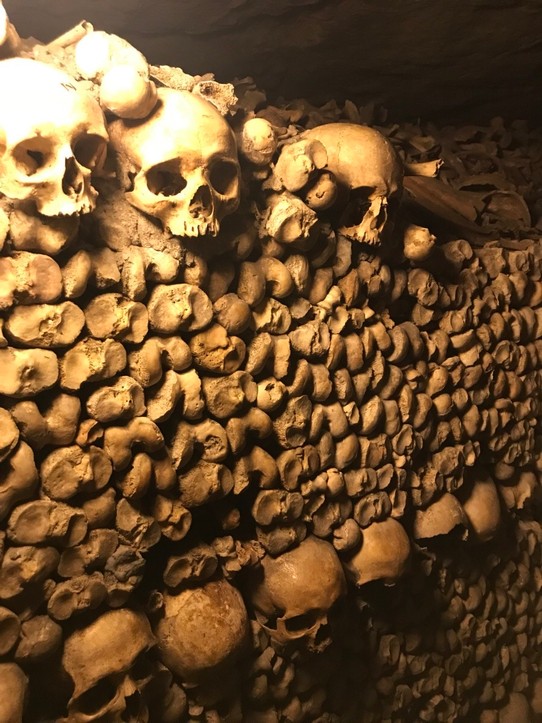 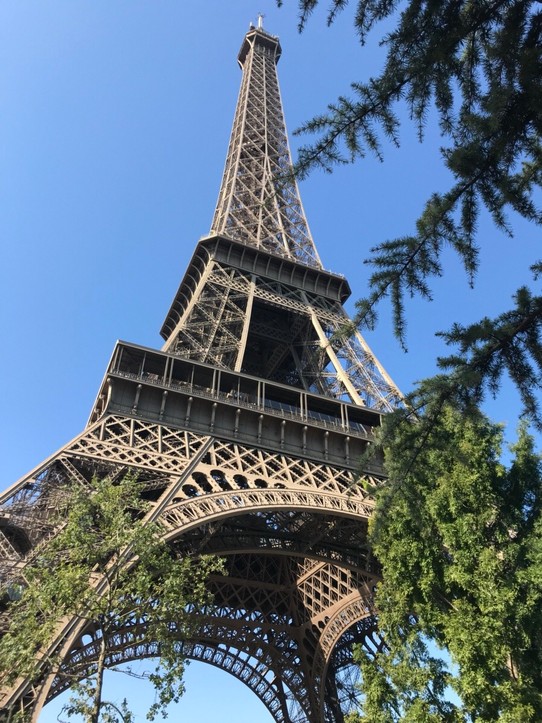 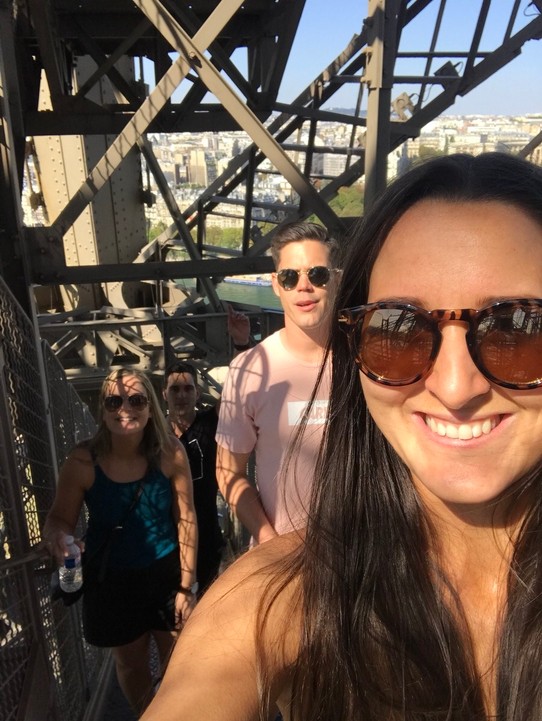 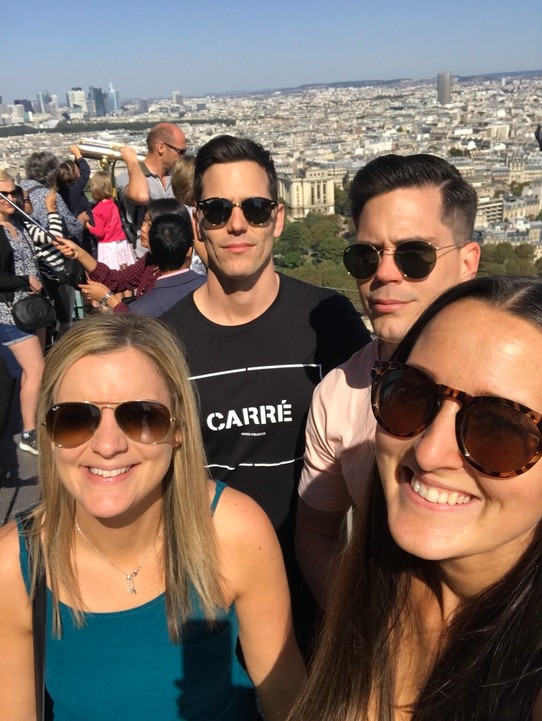 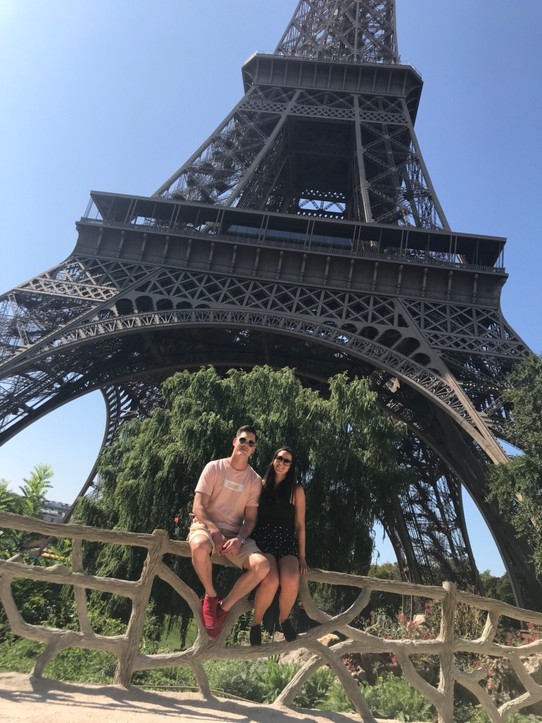 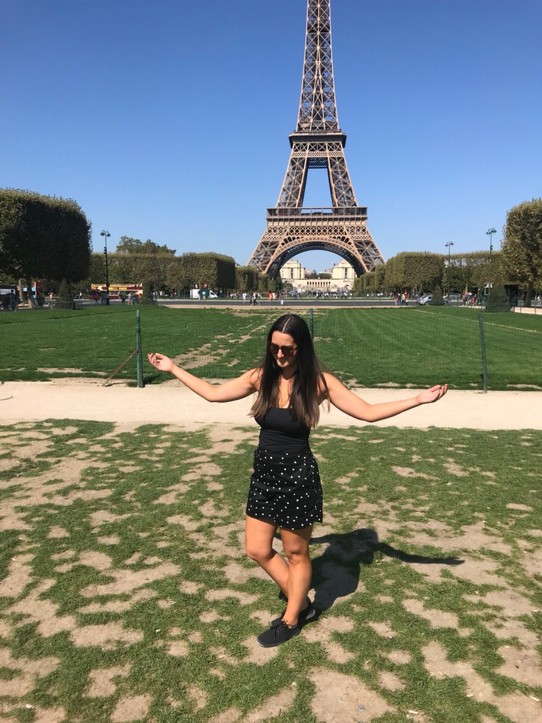 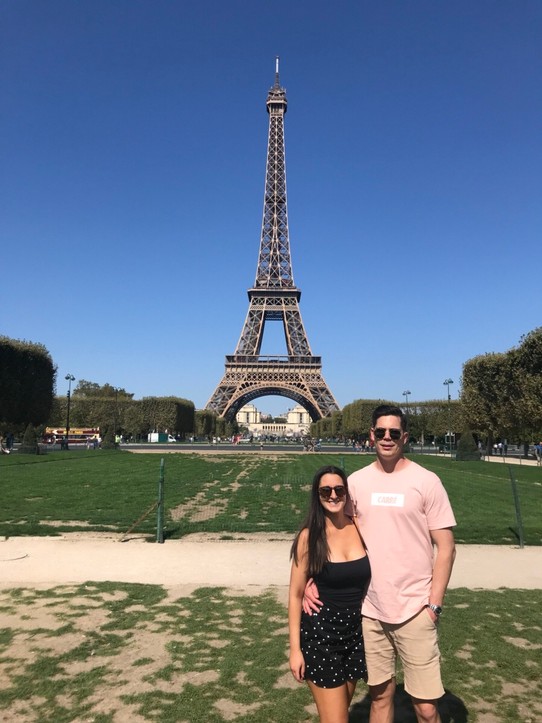 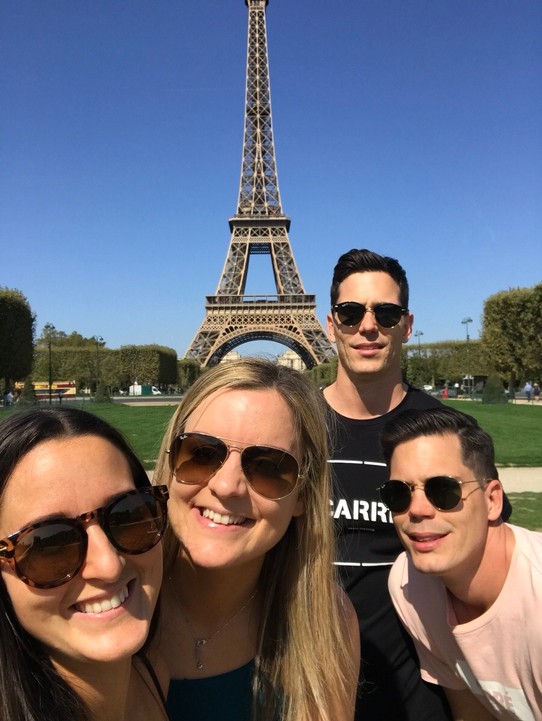 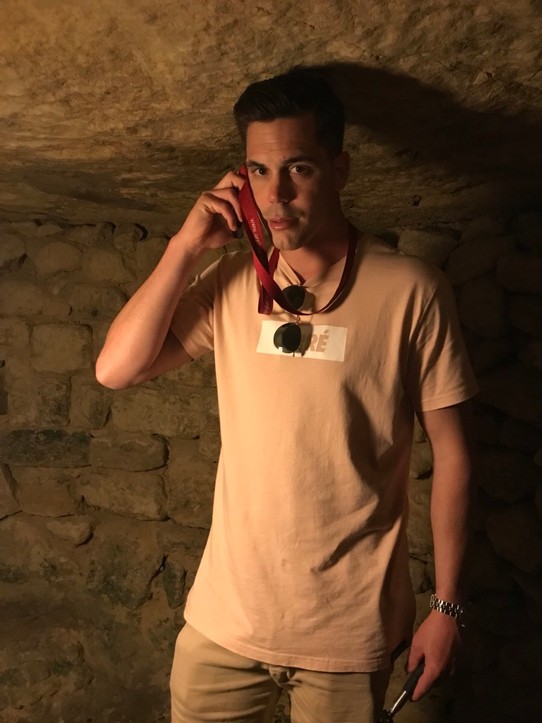 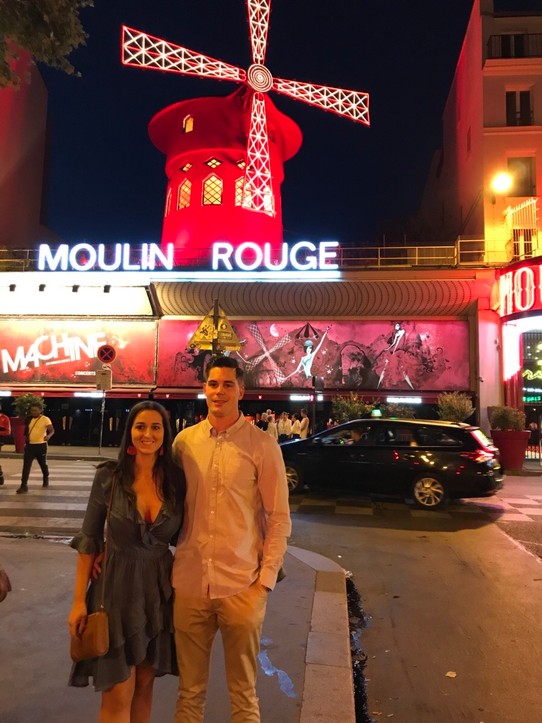 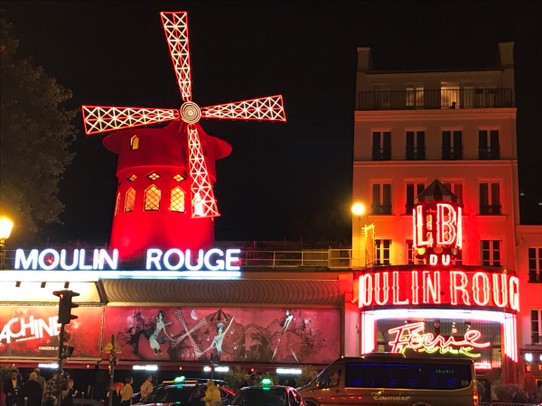 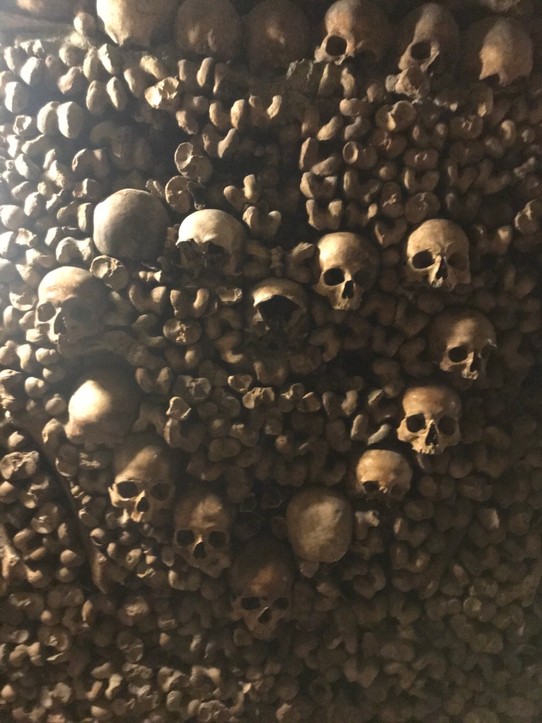 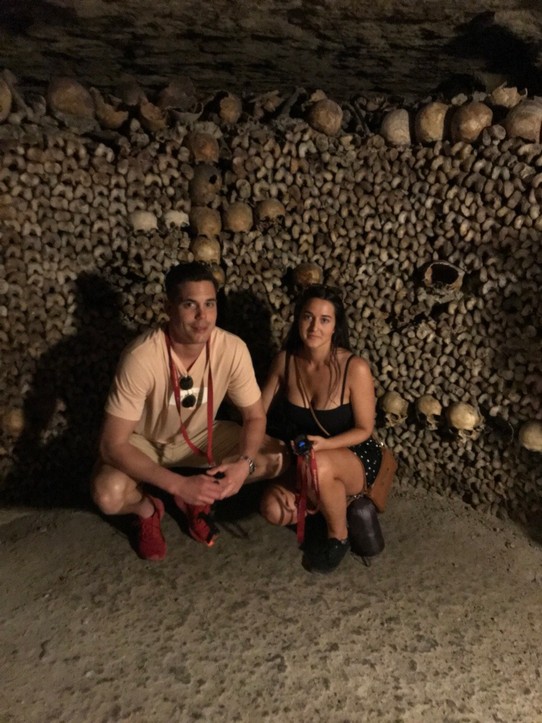 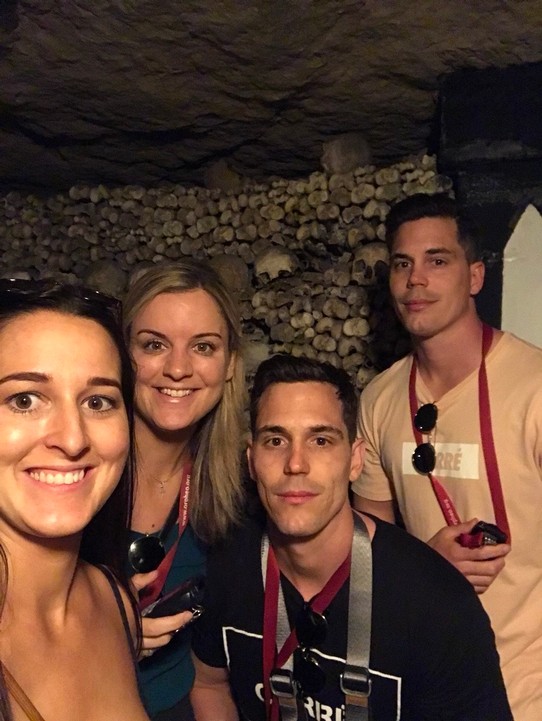 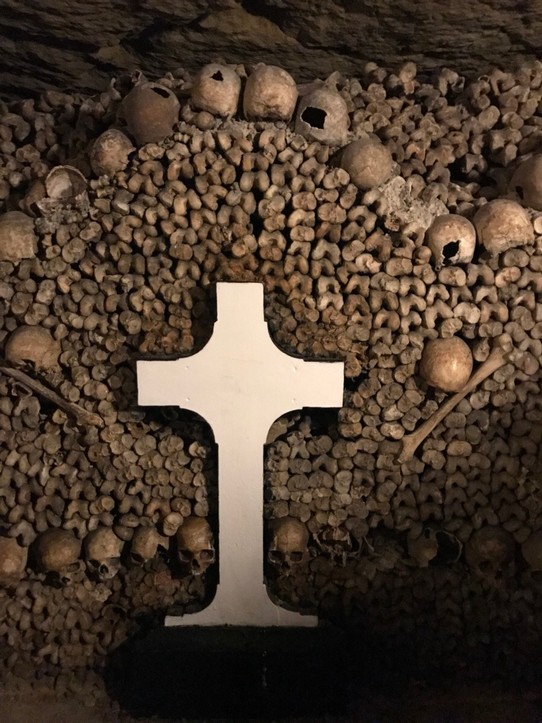 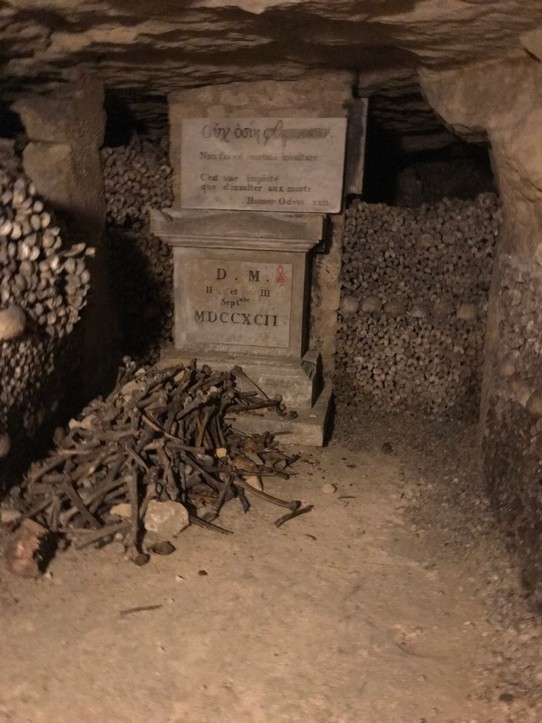 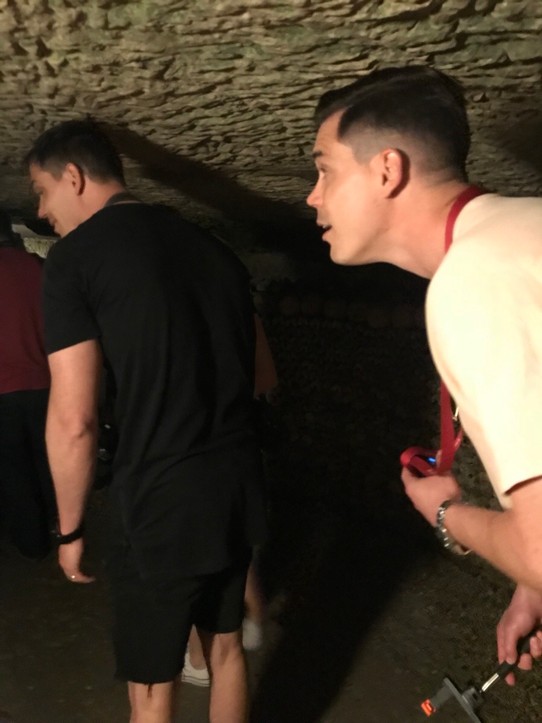 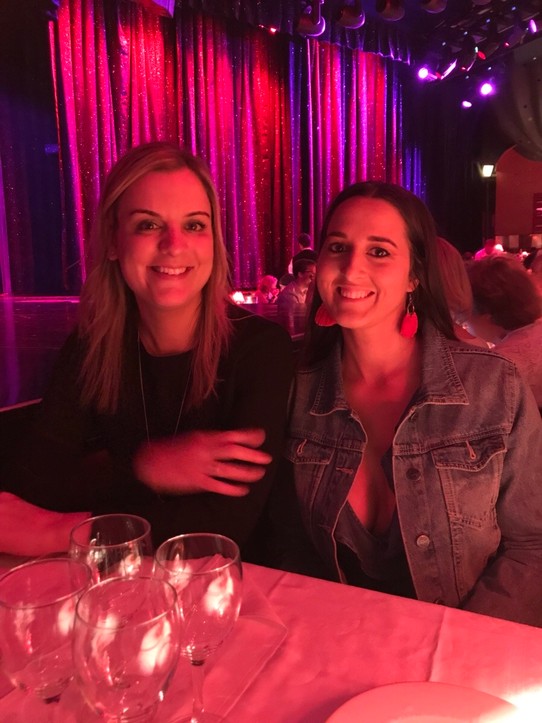 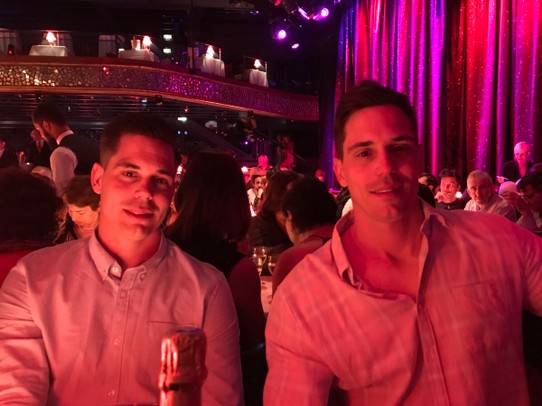 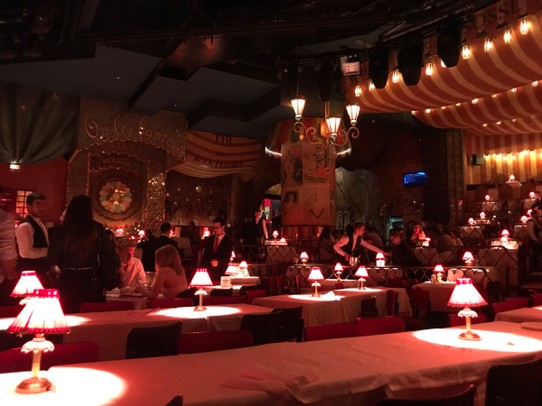