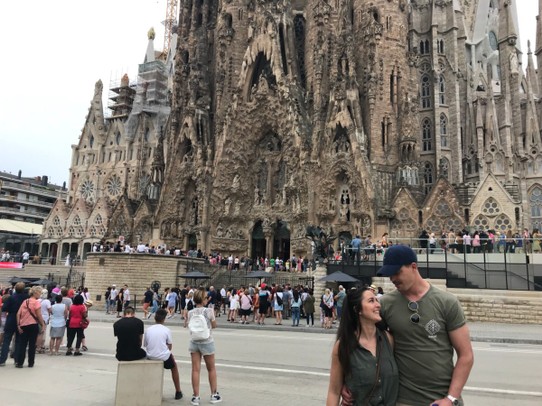 We woke up and got ready to leave by 8:30am to visit the Basilica de la Sagrada Familia to take the tower tour for a panoramic view of Barcelona. Huby’s dad Darek was on a tour at 9:15am so thought we could try join on.

Unfortunately, plans did not go the way we wanted it. All tours were booked for the next couple days for the tower tours and we didn’t want to go in without going up there. So we just decided to walk around it and take some photos. Thankfully Derek was able to give us some information from his tour. It was designed by a Catalan architect Antoni Gaudí in 1882. They have projected to finish the building by 2026 for the 100 year anniversary of Gaudi’s death. Relying solely on private donations, Sagrada Familia's construction has progressed very slowly and was interrupted by the Spanish Civil War. Gaudi has designed many buildings around Barcelona.

Darek also told us information about all these signs and flags we have been seeing around Barcelona. Catalonia declared independence from Spain in October 2017 after a political back-and-forth between the regional and national governments. They jailed 5 politicians for their involvement of the independence. Warrants were out for other politicians and some have fled the country. Majority want independence from Spain so it’ll be interesting how it all progresses.

We headed back to the hotel to get into our sports clothes as we decided to visit Bunkers del Carmel. We walked from our hotel to the bunker. Built as anti-aircraft fortifications in 1938, during the Spanish Civil War, the bunkers atop the hill of Turó de la Rovira were situated so that they could survey the entirety of the city. Large 105 mm cannons were mounted on the concrete and masonry defenses and helped protect Barcelona from further bombing. They were removed and left to crumble but have now turned into a small tourist attraction. The view is absolutely stunning and so worth the climb.

My feet were aching and I could barely shuffle home, so we took a taxi the last couple blocks and rested for a little bit before dinner. I need to buy runners. My casual shoes aren’t cutting it. The others said their feet hurt later so I felt somewhat better about stopping our walk back.

We strolled around the streets for an hour before we found a restaurant to eat out at. While walking around we found a peaceful protest for the independence movement. Lit torches and flag waving. Once we weren’t behind them anymore we could move at a better pace. We mostly all had paella for dinner and had free cava for eating there. Cava is Spain’s sparkling wine. We found a nice gelato spot and all had some ice-cream. The boy’s scoops were as big as our heads.

Poor Nicole is still battling this bug and will start giving out reviews on medications around the world. I think she’s spreading it too as Mike and I both woke up under the weather.

A nice cheap day out for us. 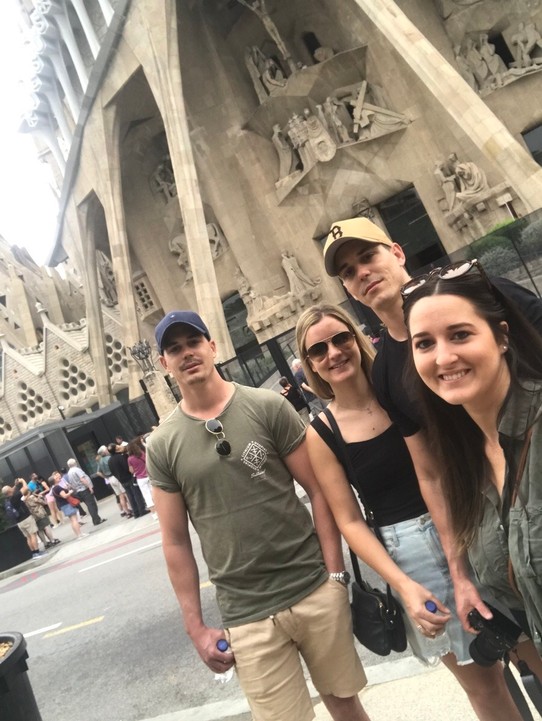 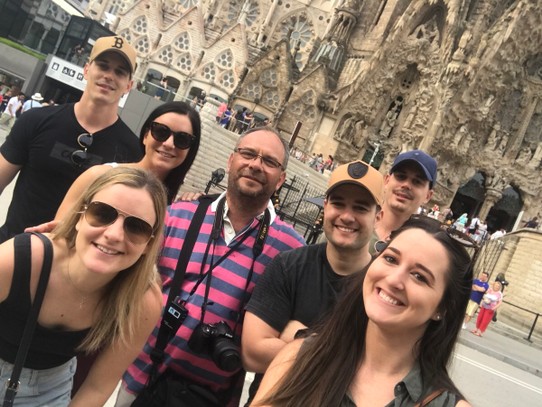 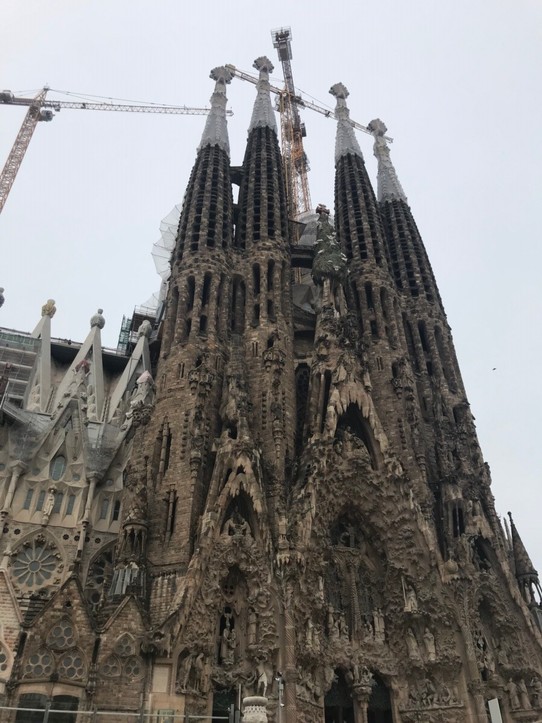 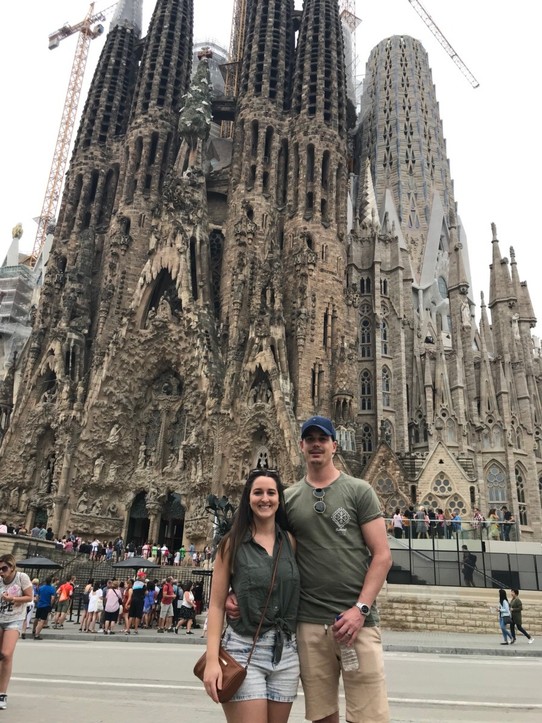 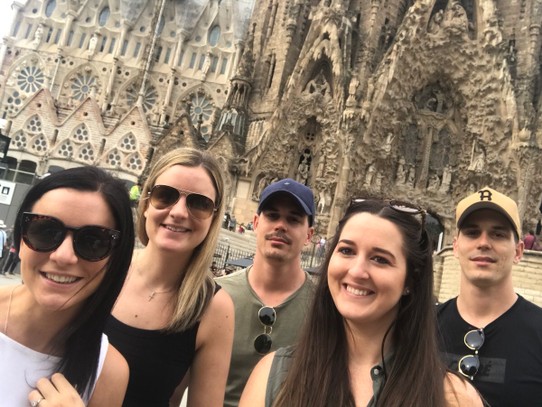 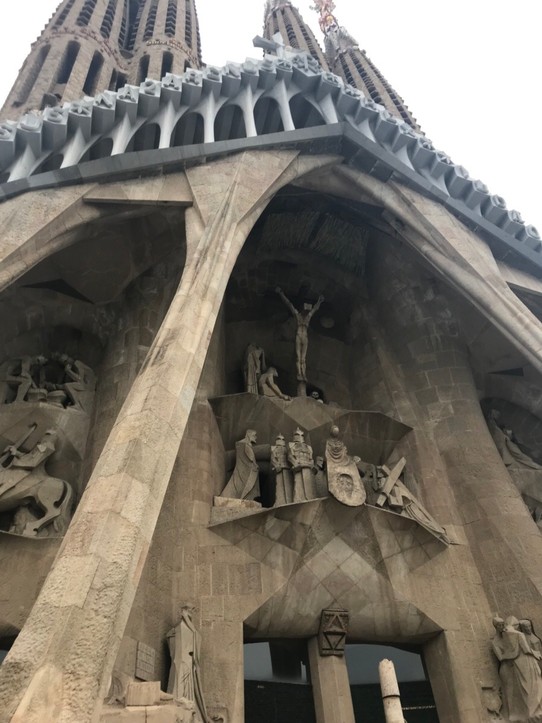 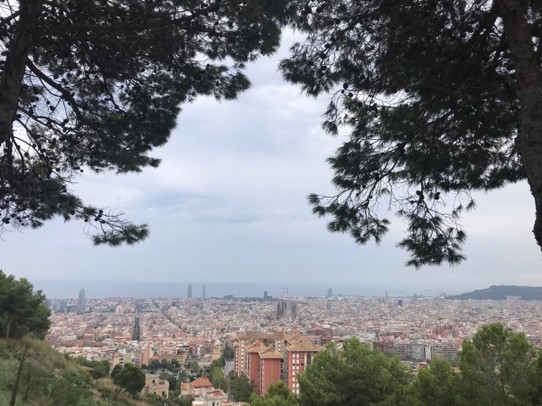 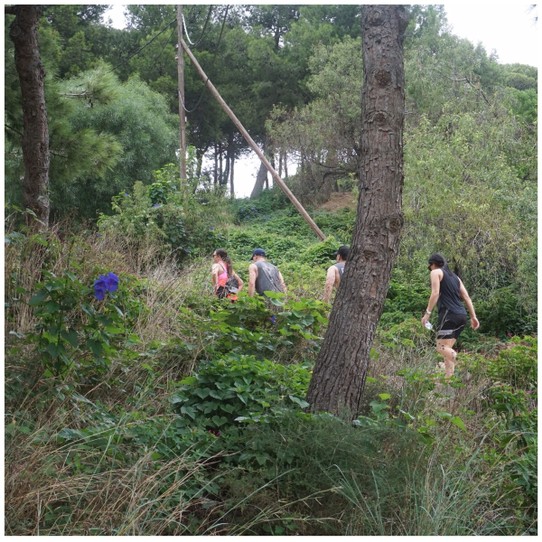 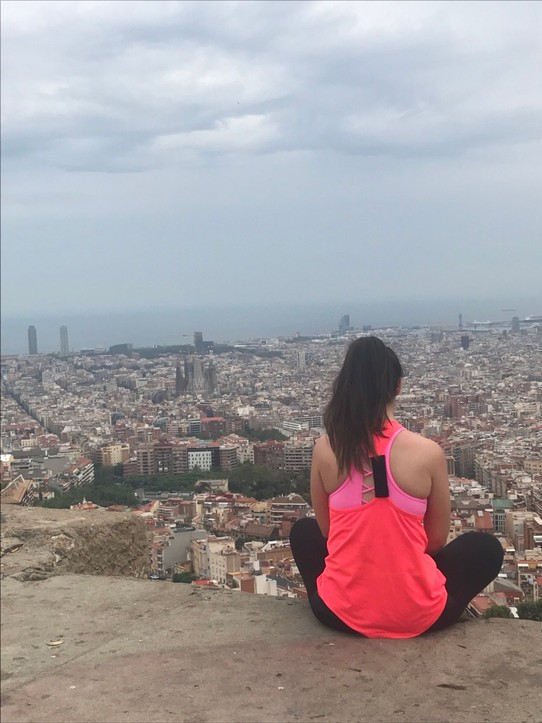 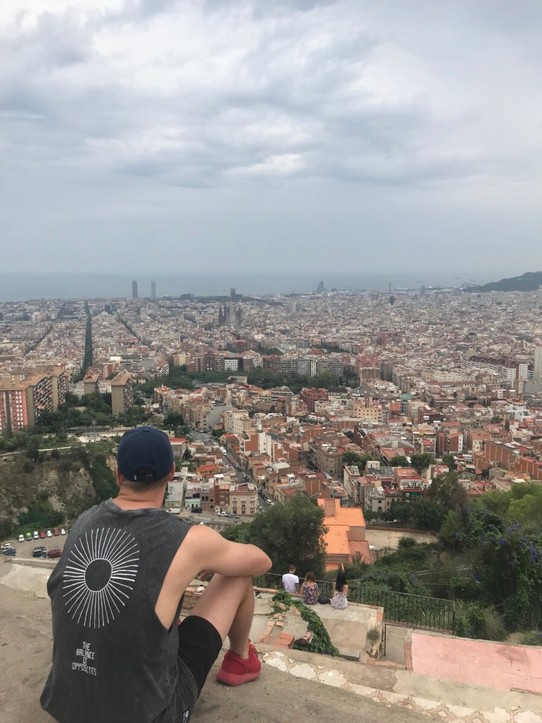 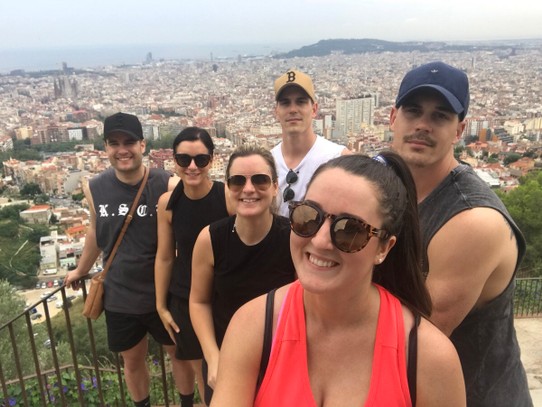 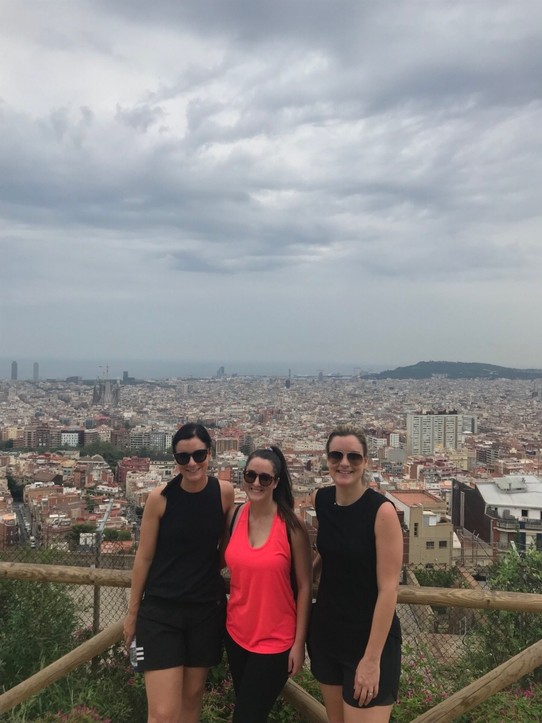 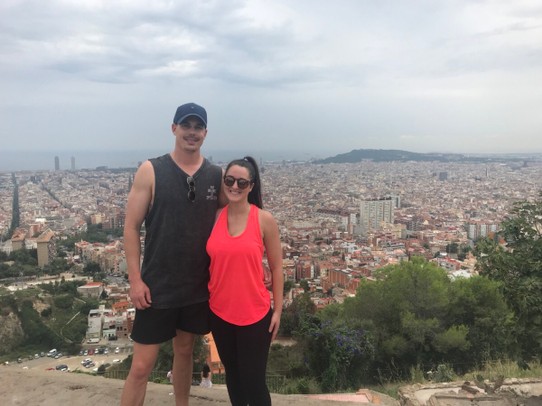 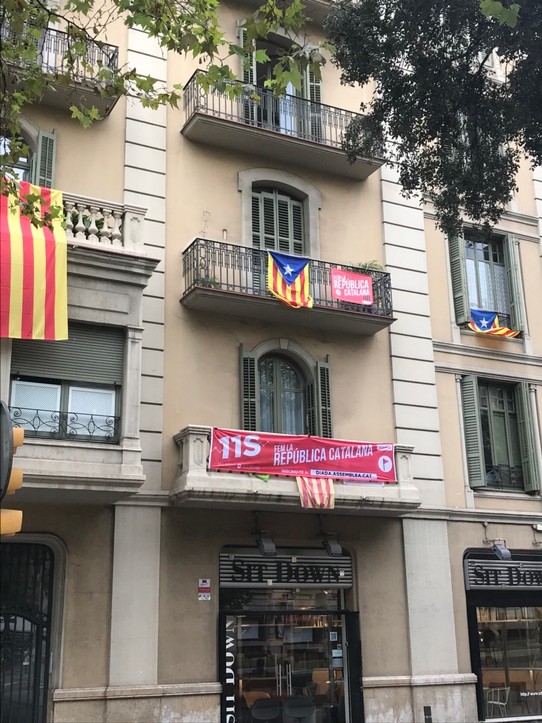 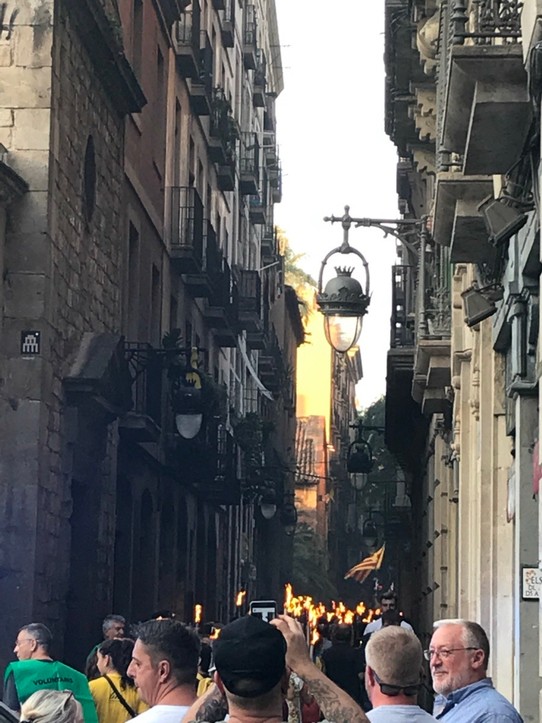